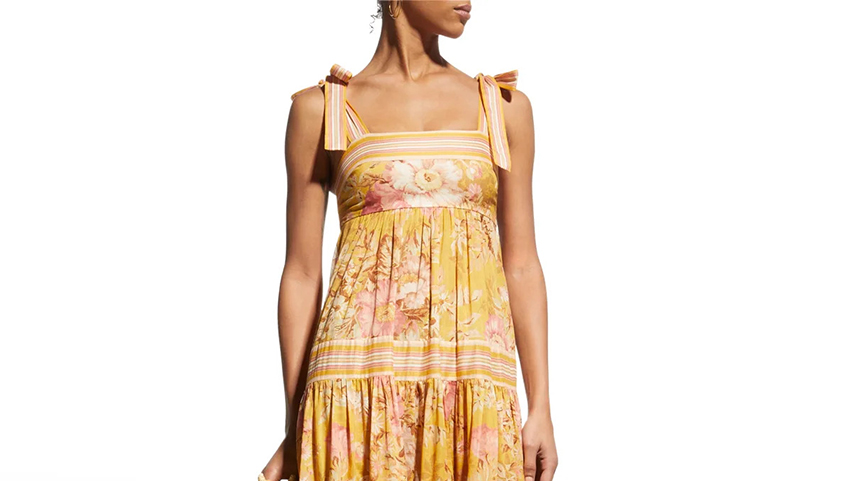 Empire waist (also known as ‘empire silhouette’ or ‘empire line’) is a style of clothing when the dress has a waistline ending just below the bustline. The name of this style comes from the high-waisted style of dresses popular during the reign of Napoleon Bonaparte during the period of the First French Empire in 1804–1815. Empire dresses were light and loose, usually white, and were often made with short sleeves. 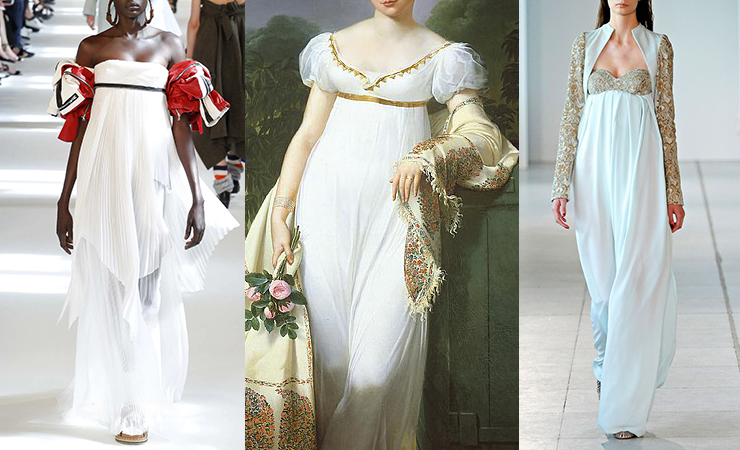