The trendy jeans in the spring-summer 2020 collections seem to mark the end of the skinny’s popularity. Even Hedi Slimane – the most ardent admirer of narrow silhouettes — abandoned this style in favor of flared jeans in the style of the 1970s. Due to these revolutionary changes in the upcoming trends, The Fashiongton Post decided to tell you about the most interesting models which will be relevant in a few months. 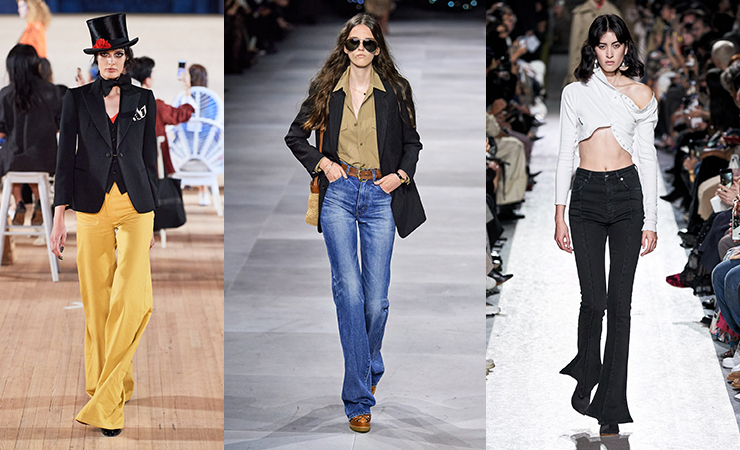 As an example of the most impeccable flared jeans model of the next season, we can single out a model from Hedi Sliman’s collection for Celine, which the designer showed up in a very successful combination with a vest and a romantic translucent shirt. Another example, this time from Marc Jacobs’s collection, will remind you the style of Shelley Duvall and Ann Reinking in a film that has already become a classic, “All That Jazz” (1979). 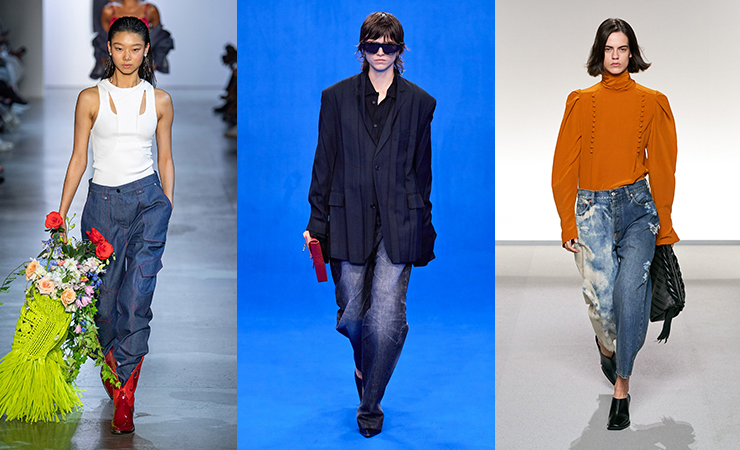 Loose boyfriend jeans, which are being adored by many fashionistas, are to revive at this spring-summer season in a new incarnation. To choose the most fashionable ones, you should have a look at the models with perforations and scuffs, multiple pockets and a comfortable mid fit. The most successful variations were discovered by our editorial team in the collections by Givenchy and Prabal Gurung. 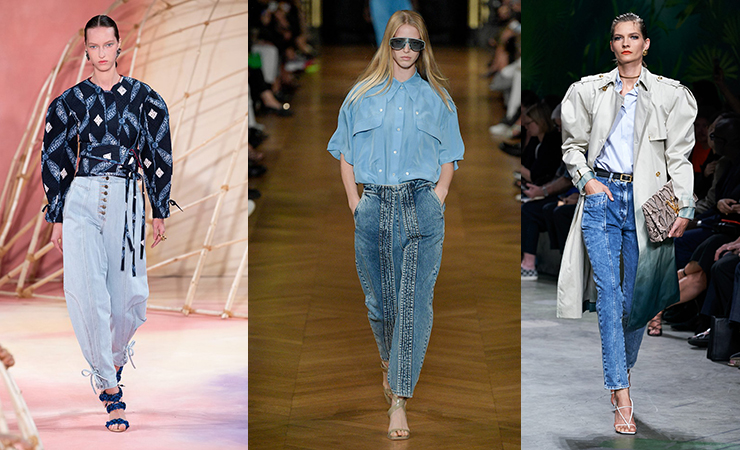 The front seam, as an unusual element for the simple and clear denim, will be seen in the collections by Stella McCartney and Versace. If straight and slightly bulky jeans are too boring for you, then you should definitely try experimenting with such a model instead.