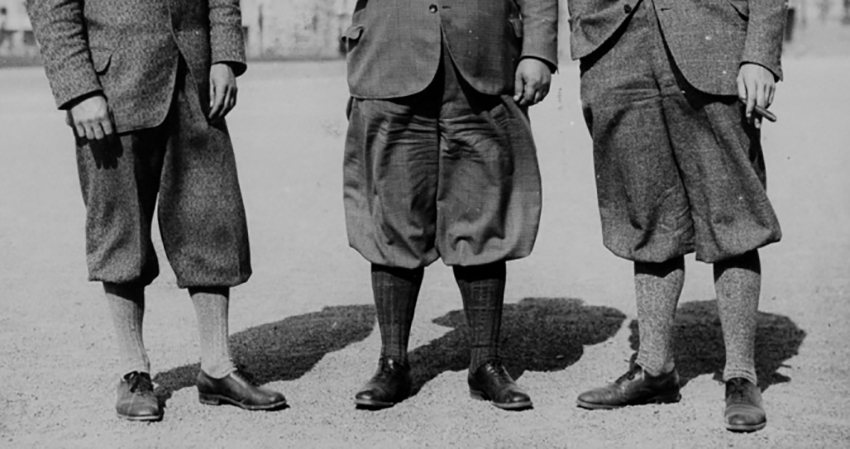 Knickerbockers (or ‘knickers’) are baggy breeches, popular in the early XX century, particularly in New York City in the US. Used to be accompanied with the long hand-knitted wool socks, and worn for walks.

In 1809, after the publication of the American writer Irving Washington “A History of New York” under the pseudonym Diedrich Knickerbocker, the name Knickerbocker became a nickname for all Manhattan residents, and the style of pants they used to wear at those times. Knickers were popular until the 1920s and later substituted by the above-knee short trousers known to us a shorts. 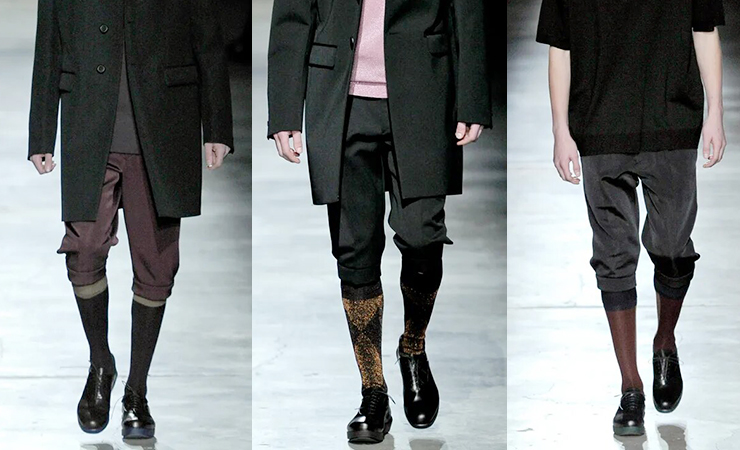