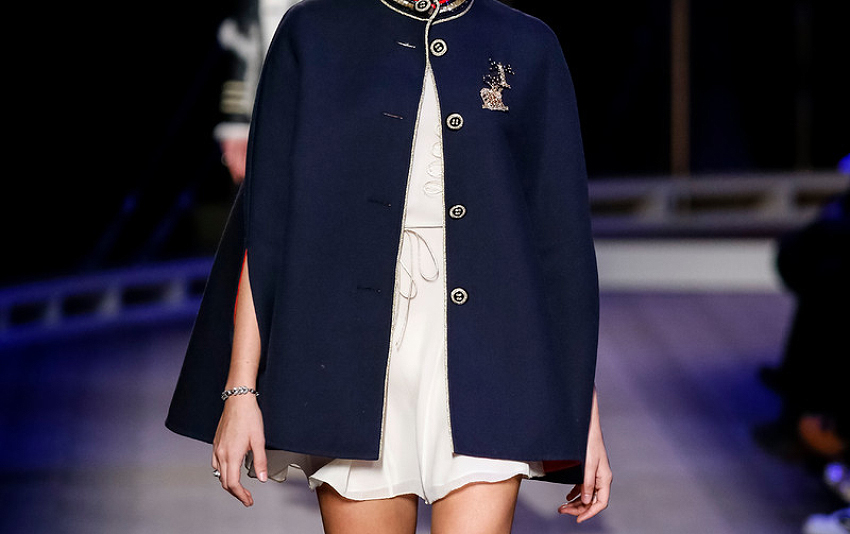 Cape is a loose cut coat with no sleeves. It can have slots for arms, and freely fall from the shoulders. The main feature of the cape is a tailored shoulder line.

The modern cape is sewn from a wide variety of materials — wool, cashmere, tweed, knitted linen, as well as silk, satin, velvet and even fur. 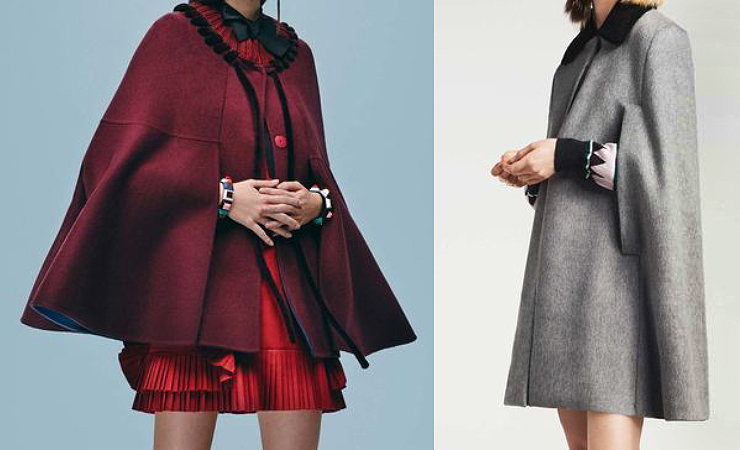 First capes appeared in medieval England where such an outerwear protected from wind and rain, as it had a hood, as well as made it comfortable when riding a horse. At that time the cape used to be also an integral part of the clothing of monks and church workers. During the Victorian era, capes were sewn from the expensive elegant fabrics and complemented ladies’ evening outfits.

In the 1960s, the cape gained its new wave of the unprecedented popularity due to the fashion designers Ossie Clark and Pierre Cardin. The latter, by the way, made the cape to become a part of the uniform of French flight attendants. At this time, the cape became not just the ladies’ outerwear but also popular among men.

A cape can be combined with almost any clothing if you follow some specific combination rules. The main thing is to keep the proportions. Since the cape gives a significant amount for the upper part of the body, it is better to make the bottom looking concise.