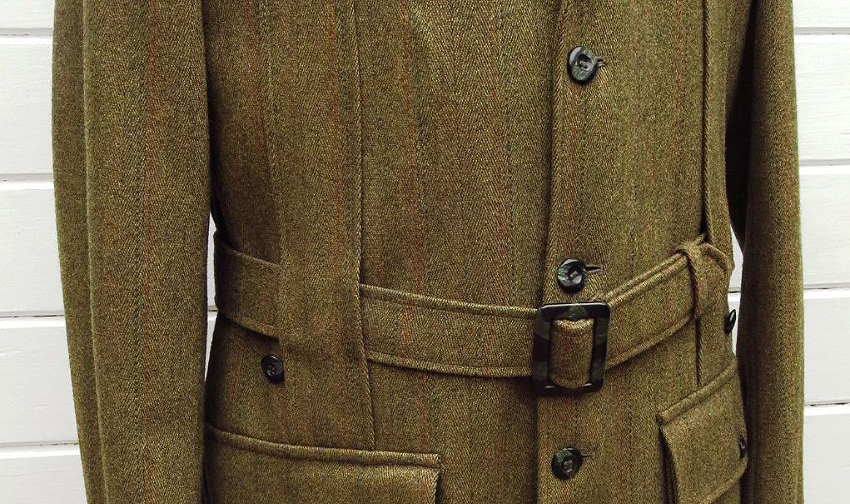 Norfolk jackets originally were designed for golfing, horse riding or hunting outdoors. So that in the cloudy, rainy and cool British climate the owner of norfolk would not freeze and stay comfortable and warm. Such jackets are sewn from thick, heavy, water-repellent fabric, usually from tweed. Cheaper versions of norfolk jackets were made of wool, velveteen or twill, though only the classic tweed norfolks were considered as durable, functional, and really warm.

Distinctive features of the norfolk’s cut is that it always has a belt sewn from the same material as the jacket itself. The presence of the belt gives the silhouette a strict, taut look, and a visually slim fit. Pockets are also noteworthy: deep, rectangular shape, covered with valves on top. Norfolk jacket is often decorated with the leather or suede patchwork inserts on the elbows and shoulders. Nowadays, they rather play a decorative role, however, initially they carried a practical meaning, so that the woolen fabric would not start shining on its elbows ahead of time, and the stripes on the shoulders would save the jacket against the friction of the rifle belt. 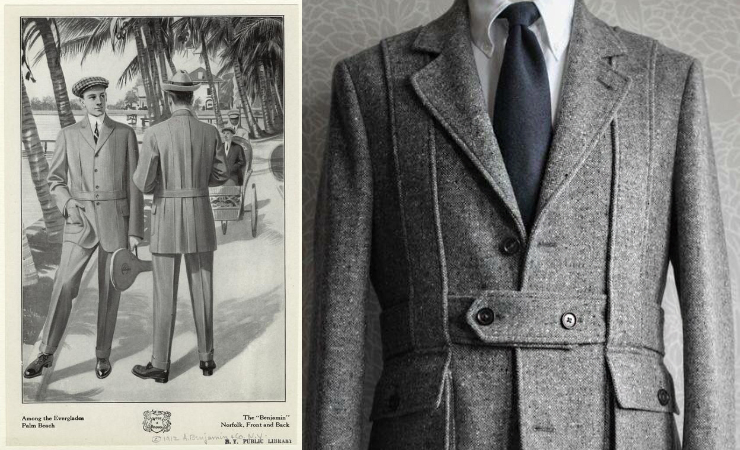 It is believed that norfolk entered the gentleman’s daily wardrobe thanks to the English king Edward VII (1841-1910). At the end of the 19th century it got its popularity among golfers and cyclists who did not like to wear strict classic frock coats or jackets with sports breeches. For more than 100 years, the cut of the norfolk jacket has not changed significantly. 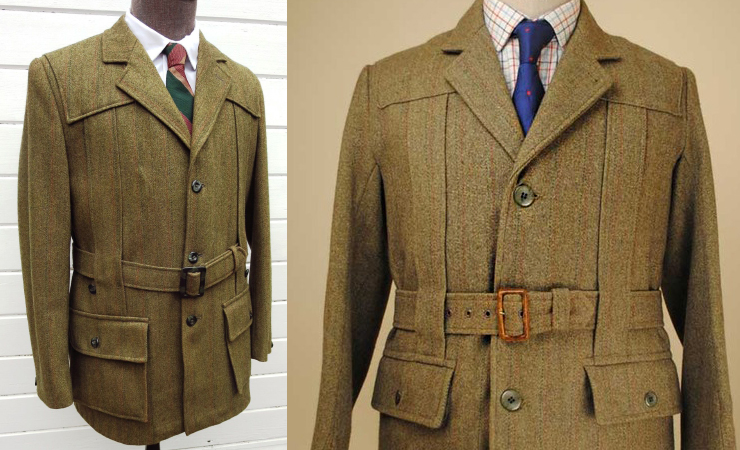