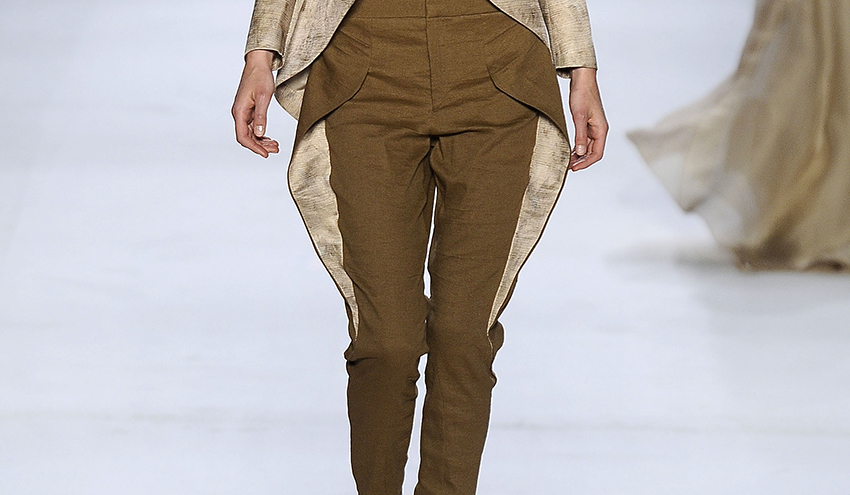 Galliffet — pants that tight fit the leg crus and are very wide at the hips. Named after the French general Gaston de Galliffet (1830-1909), who introduced them to cavalrymen.

During the Franco-Prussian War (1870–1871), French cavalry general Galliffet was wounded, so his thigh was disfigured and twisted. At those times, military officers wore tight-fitting trousers, so the general could not wear them because of his injury and, as a result, rarely showed up in public. When the general received an invitation to a ball arranged by the French government — he refused to go. Finally, the colonel’s daughter persuaded him to go. The general Galliffet appeared at the ball in new trousers of the unique cut: very free on the hips and very narrowed from the knee. Despite such an unusual cut, the trousers did not look ridiculous. A few months later, the general Galliffet introduced this style of new trousers as a part of the regular uniform for his army. 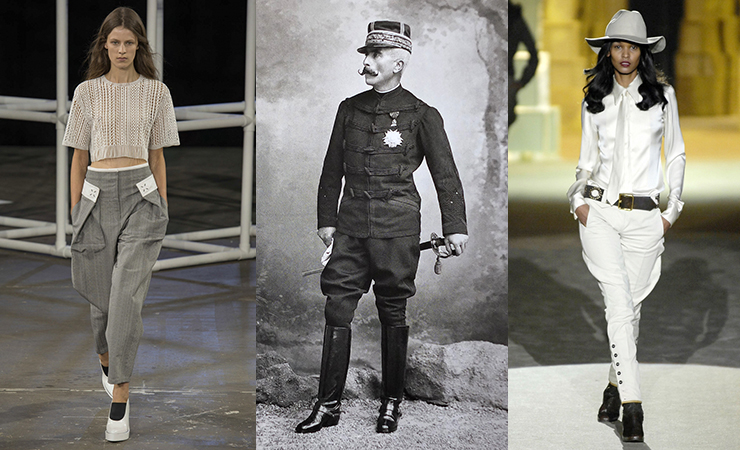