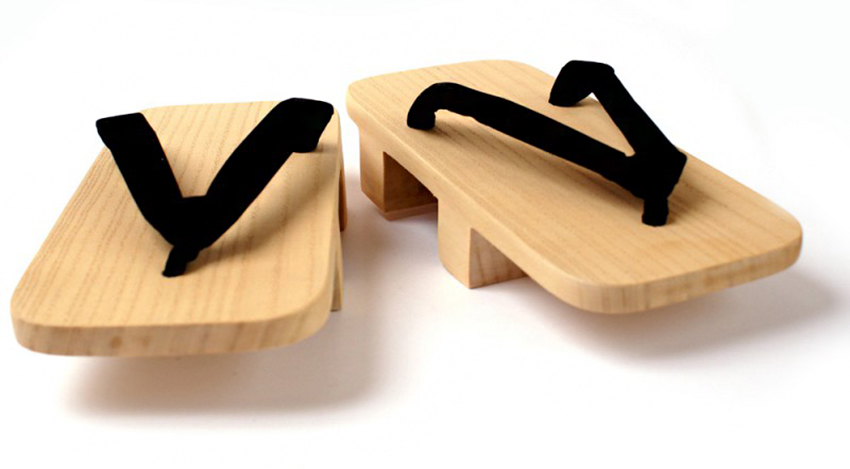 Geta (下駄) is a form of the traditional Japanese footwear made of wood, resembling a mix of the modern flip-flops and clogs. They are a kind of sandals with an elevated wooden base held onto the foot with a fabric thong to keep the foot well above the ground. 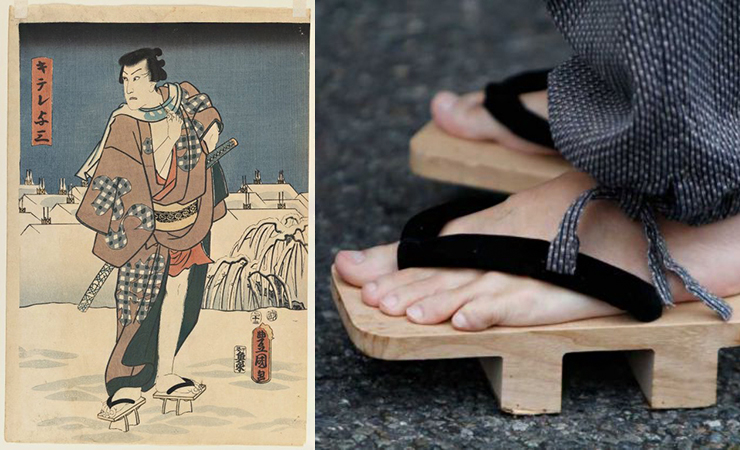 A strong but soft fabric strap called ‘hanao’ is attached, securing them snugly to one’s feet. Typical geta consist of a flat board-like piece called ‘dai’ and two support pieces called ‘ha’ (meaning ‘teeth’). Geta are most often worn with yukata, although you can occasionally see them paired with casual clothes such as jeans or shorts during the summertime. 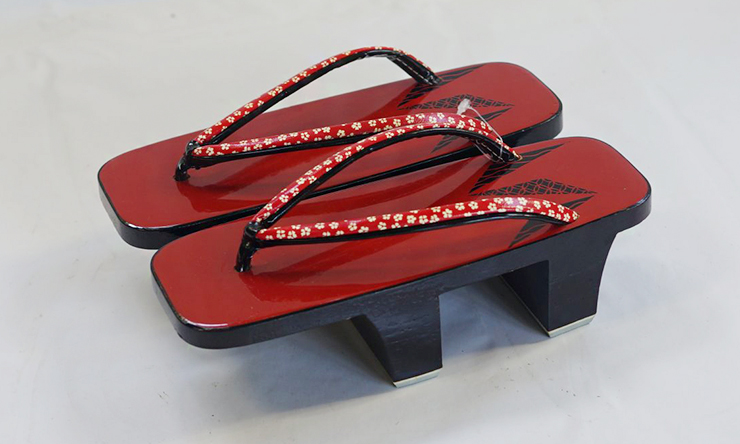