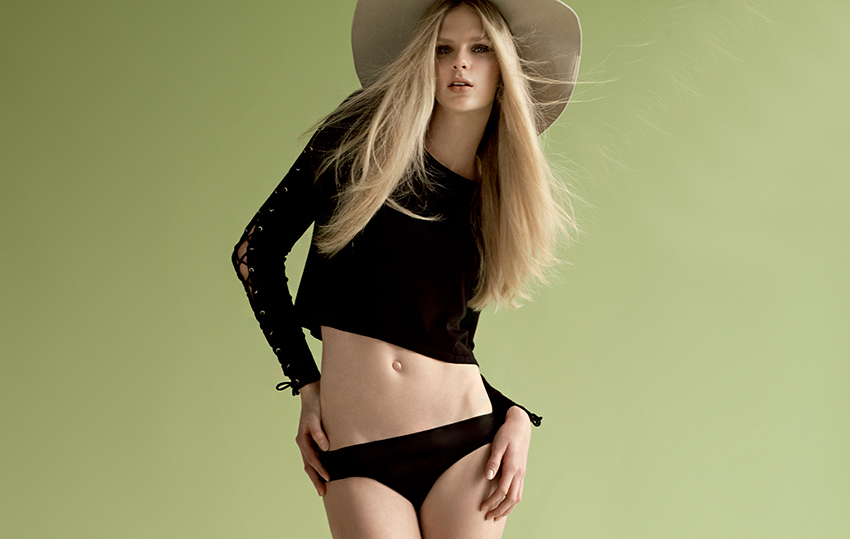 I was born in a small town in Misiones, a province in northern Argentina. As far as I remember, I never went through my mind working as a model, although people around me used to ask me a lot about that when I was a teenager, considering I was 1,81 metres tall already at the age of 14. 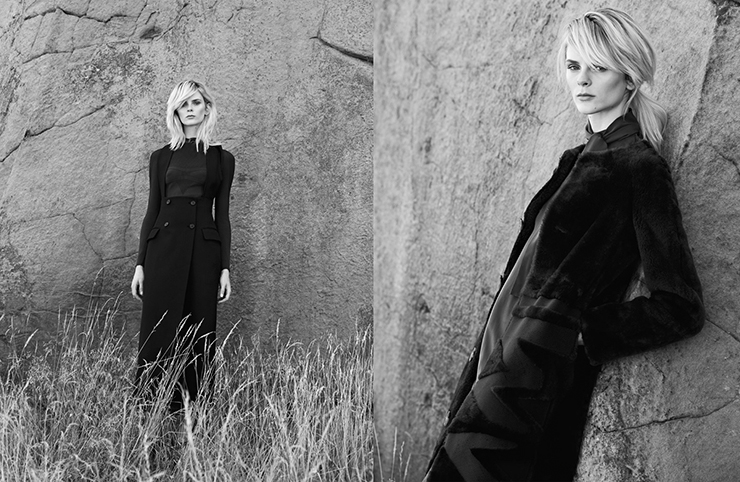 I got scouted at a regional festival near my hometown, which is actually pretty far from the capital, where everything happens. At some point, I ended up going to Buenos Aires to see what actually was it like to be a model. I must say I had many prejudices about it, and I kept having them for a while after,  many years during my career. I used to feel embarrassed to say “I am a model”  when people asked me: “What do you do?”  I think it had to be with the comments I overheard from people or even for the worries my family expressed about the job, it was something completely unfamiliar, for them and for me as well… but then I realized how amazing this job was, how many opportunities and experience it brought to my life. 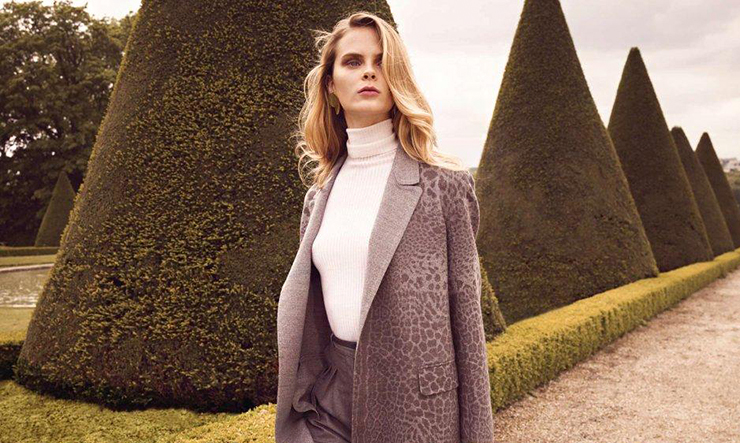 At the beginning, it all happened very fast, I was going back and forward from Buenos Aires to my hometown, until one day I had a job confirmed in Paris. They told me: “You are booked for the Givenchy show”. I didn’t even know exactly what Givenchy was at that moment… but I was very happy that I was going to PARIS!

After that, it’s when all really started. Agencies wanted to sign contracts, they flew me to New York, then back home, then to Rome… and that was the first time I travelled alone! Before that, usually someone used to come with me.. I remember feeling so independent and grown up.. until I ended up in the hospital! It happened (luckily) when we finished a photoshoot for Bergdorf Goodman, we had a large meal, a seafood feast, and I didn’t know (until then) that I was allergic to shellfish and crustaceans.. with very bad English communication at that time I said I wasn’t feeling very well… then I woke up in a hospital bed… Anyway, everything was ok after a few hours and I got to walk around the city. 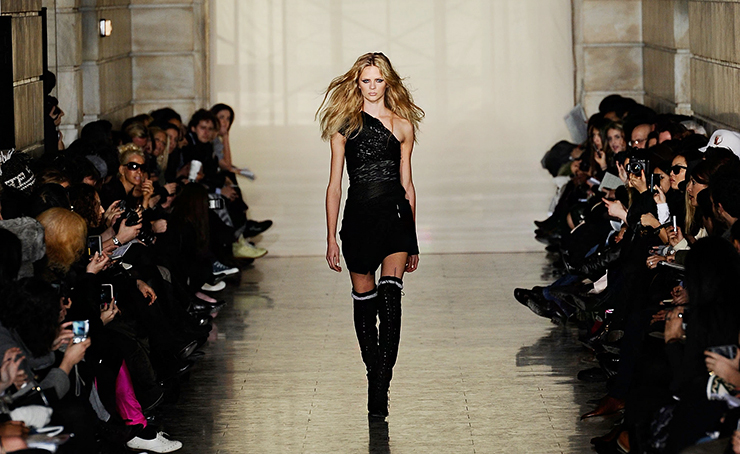 Then the fashion week arrived again, with all its swirl and chaos and the FUN. Airports are full of models, once you work in this industry it seems very easy to identify them, mostly very young, tall and skinny girls, traveling alone, with overweight luggage… Fashion week starts in New York, then London, Milan, Paris… Models apartments or big hotel rooms that fit 5-6 girls are fully booked. You have to be smart and wake up before anyone else if you don’t want to wait in line to get a shower in the morning. 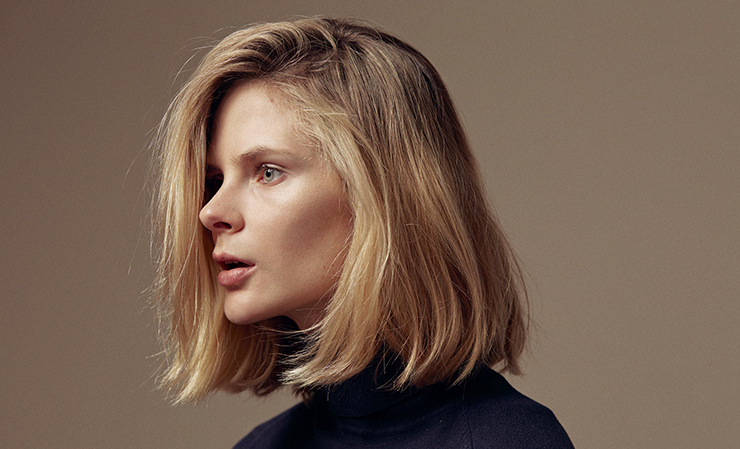 Modeling allowed me to live in New York, live in Paris, stay for a few months in cities like London, Hamburg, Singapore; and to visit many other places I never thought I could possibly get to — beautiful beaches in Mexico, caves in Cappadocia, lovely gardens in France, and many many others. It also gave me the chance to meet people from all over the world, some of them are now my best friends.

I changed my point of view about this job, and I think that helped me to become more confident and work better. I started watching other models’ poses and how they walked on runways. I really recommend seeing Coco Rocha’s work and Gisele Bündchen’s catwalking. 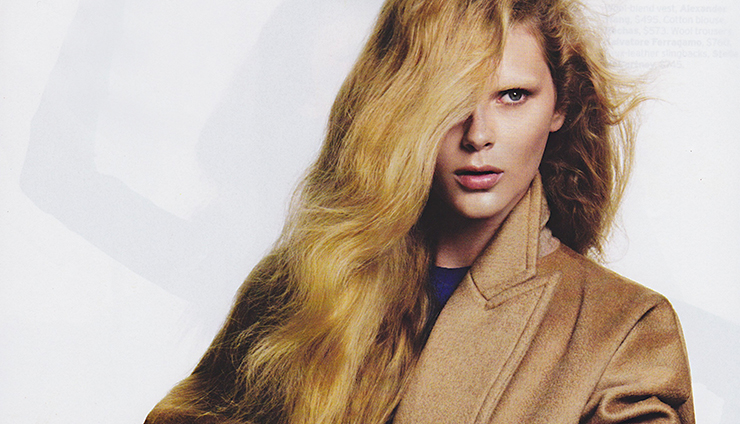 I worked for Vogue, Elle, V Magazine among others… it’s fantastic how different every story can be and how much work is involved behind the scenes! The same happens with the shows which can last less than a few minutes but there are people who work for months before everything gets to be shown on the runway. I have always found it very exciting to walk at a show, it’s thrilling and also gets you a little nervous… I felt once, I guess it comes with the job.

After a few years working full time as a model, I decided to come back to my country and settle in Buenos Aires to fulfil other passions I had. I started university, and I am about to get my degree in Psychology. In the meantime, I made a  few bakery courses and started a little entrepreneurship called ‘Manteca y Miel’, which means Butter and Honey, in Spanish.

I am still modelling in Argentina and travel abroad when any jobs come up in other places. I don’t know how much longer I’ll be in the fashion industry, but I am very happy with all the things I achieved until now! 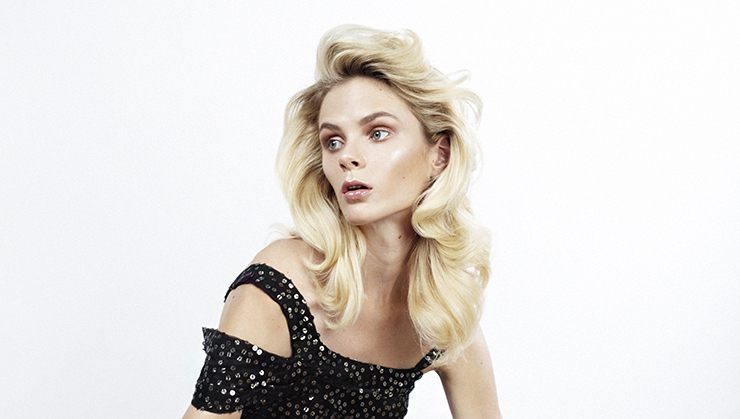