Christian Dior (21 January 1905 – 23 October 1957) was a French fashion designer, best known as the founder of one of the world’s top fashion houses with the brand’s boutiques all over the globe. 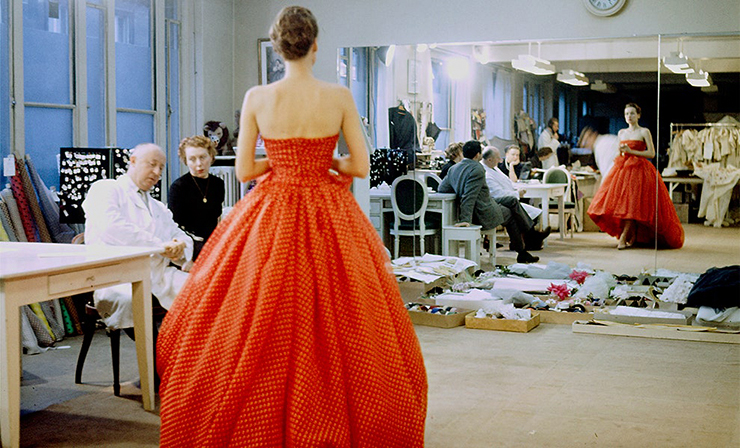 Christian Dior was born in Granville, a seaside town on the coast of Normandy, France. When Christian was about five years old, his parents brought him to Paris. Christian grew up in a large family of five children. Despite this, the family was quite wealthy, since Dior’s father made a fortune in the sale of chemical fertilizers.

In his youth, Christian became interested in drawing and dreamed of becoming a great artist, though his parents wanted a career as a diplomat for their son. In 1928, together with the artist Jacques-Paul Bonjean, Dior opens a private Art Gallery where they sell paintings of little-known artists. The gallery has gained fame and a solid reputation, however, soon after this Christian Dior came into a black streak — his father went bankrupt in 1929 due to fraud and the economic crisis, and in his mother died of cancer in 1931. 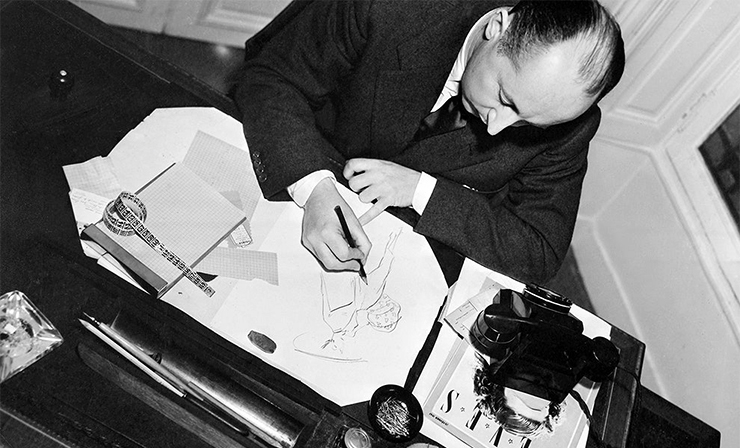 In 1935, after several years of unemployment, a miserable existence and apathy, Dior finds a shelter at his friend, the actor Jean Ozenne. Christian starts developing theatrical costumes. Along with this, on the advice of friends, he creates illustrations for French fashion magazines and quickly gains fame: sketches of hats and dresses are printed in ‘Le Figaro Illustre’.

Despite the fact that hat models were much more successful, Christian still decides to specialize in clothing models. In 1938, he was noticed by the known fashion designer Robert Piguet, but World War II prevented the rapid development of his career. Dior enters the army and serves in the south of France, and only in 1941 he finally returns to Paris. There he begins to work for the famous fashion brand Lucien Lelong. Piguet taught Christian elegance and simplicity, while Lelong helped him to master craftsmanship and technology.

In 1946, French textile tycoon Marcel Boussac funded the opening of Christian’s own fashion house in Paris. Quite late, at 42 years old, the glory found its hero. Christian Dior’s first collection appeared to be truly revolutionary. It seemed that Dior’s styles would frighten the buyers who accustomed to short skirts and jackets, but the opposite happened. Tired of restrictions and poverty, Parisians enthusiastically accepted the collection. It is noteworthy that its concept was strikingly similar to the French fashion of the 1860s. Dior himself said he was inspired by the memories of the beautiful elegant outfits that his mother wore in the 1910s. 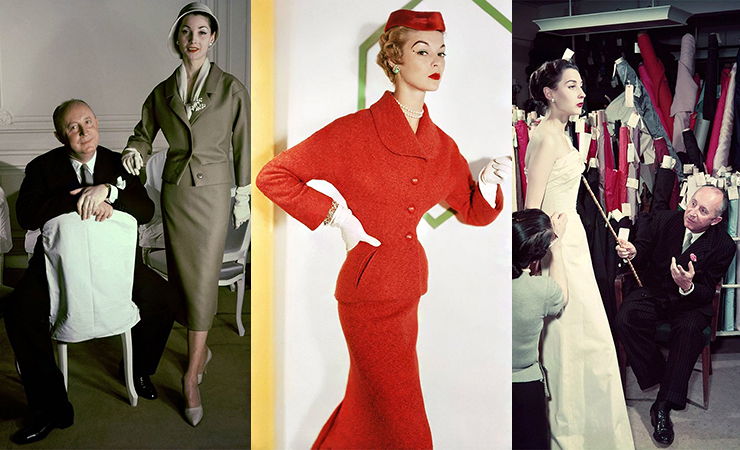 However, the first success was not the final victory and there was a lot of criticism too. Feminists argued that corsets and crinolines were an attempt to return women to an oppressed “labor” role. Others were shocked by the ornaments and colors, since in the post-war years the use of such bright fabrics seemed almost blasphemous. American couturiers also responded with an unexpected protest: “How dares he to return to luxury in a country paralyzed by strikes and poverty?!”. 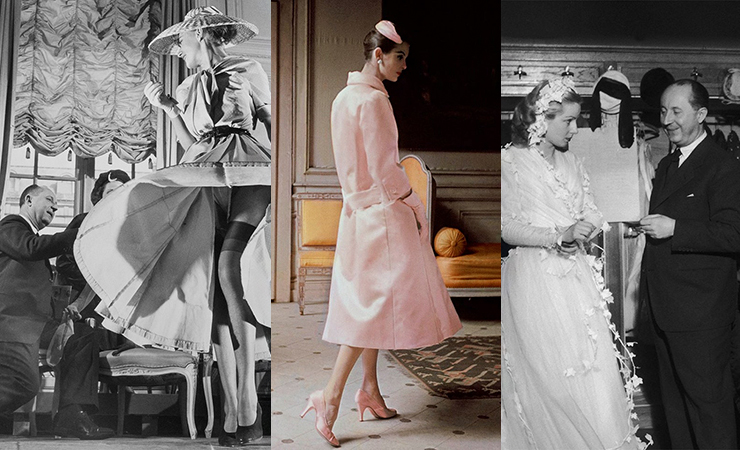 During the ten years after Christian Dior became truly famous, none of his collections failed — neither from a commercial nor from a creative point of view. The only dangerous moment for a couturier’s career was 1954 when Coco Chanel unexpectedly returned to the fashion industry. The philosophy of the legendary Chanel was the exact opposite of Dior’s philosophy. “The Horrors of the Fifties” is how she described Christian Dior’s clothing models, accusing him of pulling female bodies into ridiculous forms. Dior’s reaction followed immediately — he released a new collection, which was characterized by softened lines, natural silhouettes, unobtrusive jackets, delicate pleated skirts and blouses with sea collars. Christian Dior’s clothes became light and beautiful.

Christian Dior died in 1957, which was an irreplaceable loss for the world of haute couture. The followers of the legendary couturier carefully preserve the traditions of the master, never forgetting his views on fashion, his craving for everything new and the passion to experiment. If other legendary names of designers have become synonymous with style, then the name of Christian Dior is an expression of all the magic of high fashion.