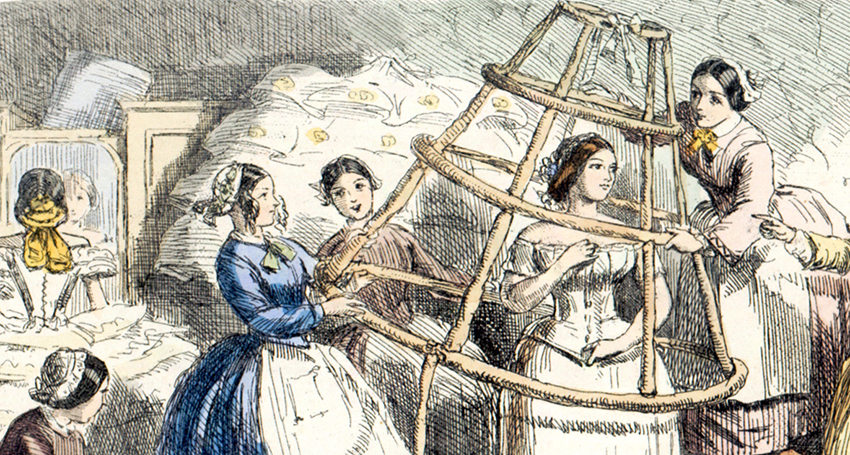 Skirts in modern fashion can be of various lengths, both maxi and mini, while skirts of the past centuries could need up to several tens of meters of fabrics. To connect such an amount of fabrics together there was a necessity to add a rigid frame to it, which is the reason why various additional devices for skirts started to be invented during those times. Fashion and technology always go side by side, nourishing each other with ideas and innovations, therefore the forms of frames differed from era to era. Taking into account that fashion is cyclical, and modern designers periodically return to the models of clothing of the past centuries, it will not be superfluous to understand the various types of frame skirts. So, what is the difference between pannier, farthingale, crinoline and bustle? 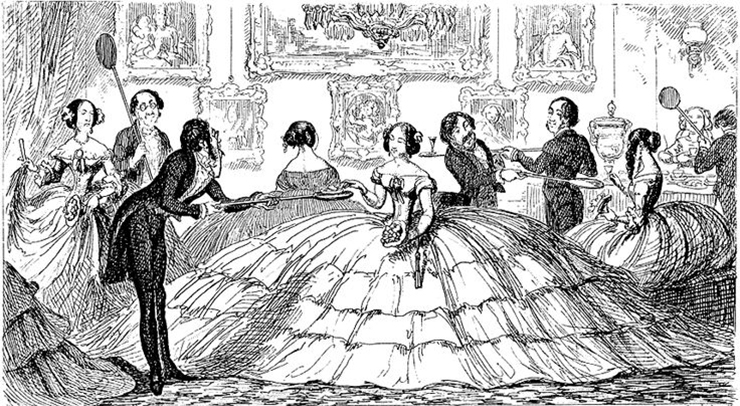 The first frame skirt invented was a pannier. The structure of the pannier consisted of a round-shaped frame made of metal or wooden hoops, fastened together with ribbons. Petticoats were worn over panniers. Fashionistas of that time had to master the art of walking in such a way that the skirt would sway and open from time to time either the edge of the lower skirt or the ankle to a gaze of the curious gentlemen.

In the years that followed, the size of the skirts began to increase due to the side inserts, but at the same time being flattened in front and behind. That’s when a farthingale came into fashion, with its frame made of the whalebone. The farthingale’s functionality allowed it to fold, which appeared to be very useful since not all the doors were wide enough to let the ladies wearing fluffy skirts to pass. The farthingales were fixed on hinges, and the ladies could squeeze them with their elbows when it was needed. 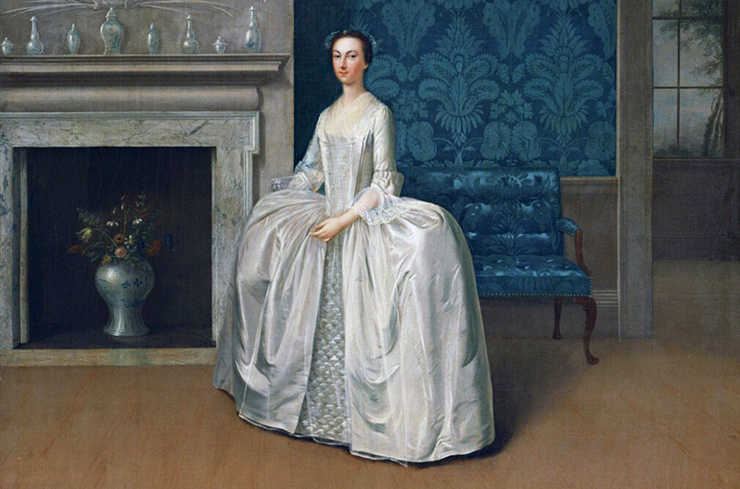 The third stage in the fashion for frame skirts was the invention of a crinoline, which appeared in the middle of the 19th century. While information about the creators of the previous skirts’ models has not survived to our time, in the case of the crinoline, on the contrary, the name of the designer invented this model survived to this day and it was Charles Frederick Worth. Crinoline consisted of light metal hoops held together by ribbons, resembling a cage. Later, Worth improved the crinoline, so that it was flatter in the front and more bulky in the back, thus making the skirt to be of immense size. For convenience, the designer came up with hinges that squeezed and unclenched the hoops of the skirt when needed. 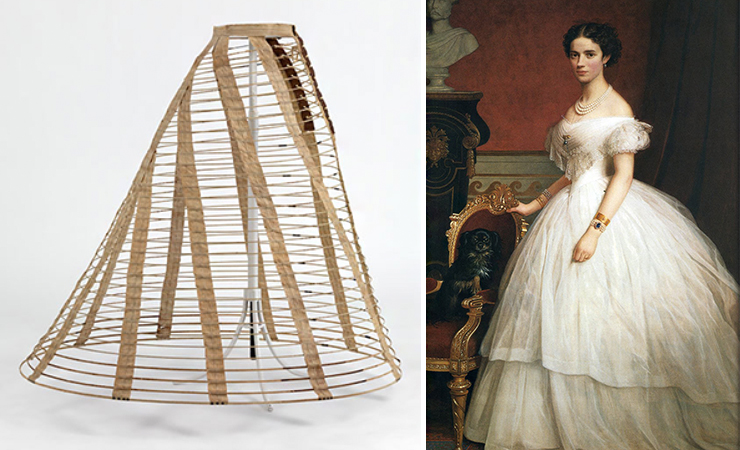 The crinoline was replaced by a bustle, invented by the same royal couturier, Charles Worth. The bustle was a construction of cushions or a small metal frame in the form of a mesh, which was attached to the corset in the lumbar region, thus creating a fashionable S-shaped silhouette, which was at the height of fashion in the late 19th century. 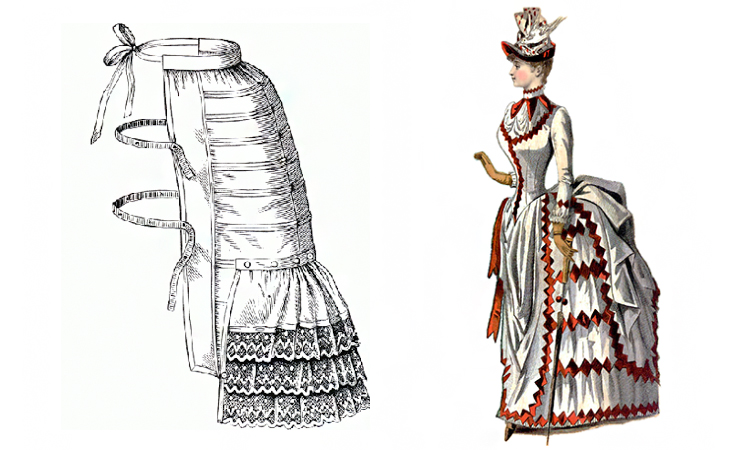 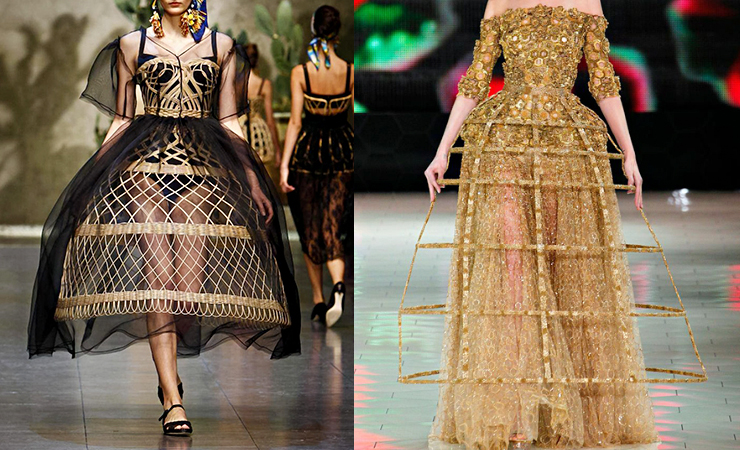