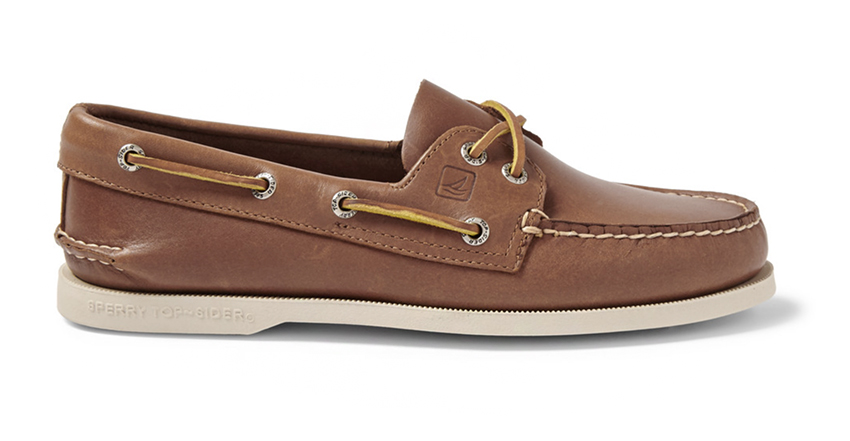 Boat shoes (also known as “deck shoes” or “top-siders”) were originally designed as functional shoes for sailors and yachtsmen, though nowadays they can be considered as a truly classic piece of both men’s and women’s footwear.

Invented by Paul Sperry, a passionate sailor and boater, in 1930. One winter, he took his cocker spaniel dog out for a walk and got intrigued by the dog’s grip while running on the ice. Later, Paul figured out that it was due to the pads of the dog’s feet. Upon detailed examination he realized that the grooves formed a herringbone-like pattern which gave him grip. Sperry then developed his discovery and carved similar patterns on the soles of the shoes he used while boating.

The only disadvantage was that the black-soled boat shoes left marks on the deck of the boat, so he changed it to the white shoe soles and it helped. Five years later, in 1935, he introduced Sperry Top-Sider shoes with dark-brown leather upper part and a white rubber sole, cut in a herringbone pattern. After this final modification, his shoes became extremely popular among sailors and boaters.