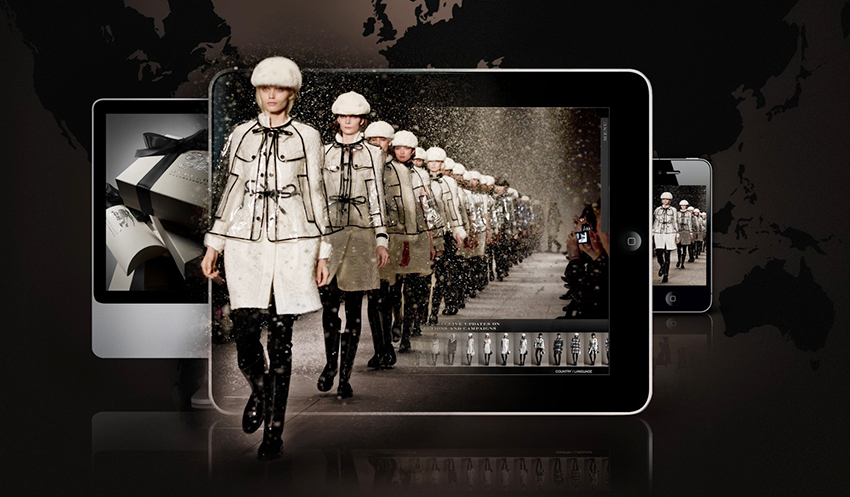 Digital technologies have begun actively penetrate into all spheres of life. Even high fashion, with its conservative and cautious attitude to all new and unconventional cannot resist the worldwide trends. 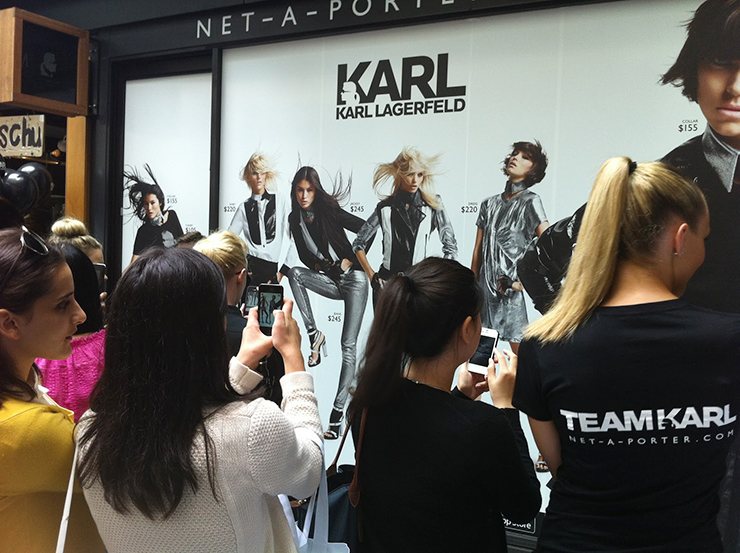 Things seemed a pipe dream and a fantasy for another ten or fifteen years ago, and today they become a true reality. Current possibilities of photography, optics, and computers allow to carry out the ideas that were previously impossible to implement due to lack of the required technological base. The current level of development of digital technology transforms the perception itself and the interaction of brands with consumers to a new level. The use of innovation in displays and performance of new collections, launch of brands and shops make them more spectacular and colorful even for a spoiled audience.

Designers start to actively use virtual reality, 3D, RFID, NFC and other technical novelties, but perhaps the most popular and promising technology is the Augmented Reality (AR), which spawned a virtual fitting, interactive showcases and other unimaginable possibilities.

Speaking of the Augmented Reality, they mean all the possible options for introducing imaginary objects in real space. The desired effect is achieved by adding text or digital images on a video and photographs of the surrounding space in real time. In other words, with the help of the Augmented Reality, when directing a smart phone or a tablet with the enabled camera on a mannequin in the window, you can find out the price of the dress, material, size, and you can even buy it. Another vivid example of AR is familiar to many virtual fitting when using even the simplest web camera you can “try on” any clothing or accessories, and see yourself on the computer screen as in a mirror.

Like many other technologies, the Augmented Reality was originally developed for military and aviation industries and only then successfully migrated to the entertainment, fashion and art. Mass- market brands and large retailers, appeared to be the pioneers in entertaining customers with the on-line fitting, interactive panels and windows. Only during the last year or two luxury brands have overcome the fear of the unknown and also turned to high technology. People began to understand that technical innovations did not conflict with the aesthetics of high fashion and nobility, and if you use them properly, they can even emphasize these qualities. Famous fashion brands are increasingly turning to technical innovations in order to give their audience a unique new experience, new sensations, impressions and emotions.

The most reckless and progressive brands appeared to be British: Cassette Playa and Burberry. Based on the personal experience they proved that the world’s catwalks of fashion week were the best places to showcase not only the new collections, but also high tech. Spring of 2010 was the time for the brand ‘Cassette Playa’ to organize an unforgettable show that hit the autumn-winter collections of London Fashion Week. Due to special digital codes placed on the clothing models and scanning cameras, the visitors could observe suddenly appeared fantastic masks, headdresses and accessories on the catwalk models. As a result, the designer of the collection Carri Mundane managed to achieve an effect when the audience sometimes did not even distinguish whether the objects were real or virtual.

A year later, Christopher Bailey, a creative director of Burberry, presented an even more spectacular show that combined innovations in fashion and high technology. Special show was timed to coincide with the opening of the brand flagship store in Beijing. The room was equipped with an external digital flat- screen media display and other multimedia devices. Among the models who participated in the show, all six of these were real girls, and the rest — the hologram, televised on a special transparent film using multiple projectors. Proper combination of technology, music and fashion have made a stunning magic effect to the audience, and the show became one of the most incredible stories of high fashion. 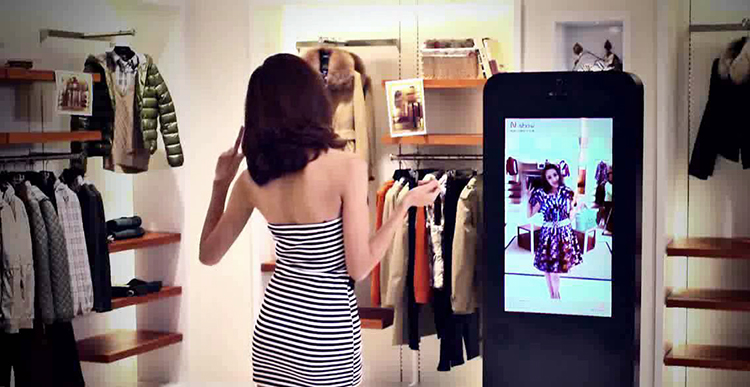 But beyond aesthetics, the Augmented Reality is being even wider used in practice. A known premium fashion-retailer Net-a- Porter is known by its experiments with AR. The company has developed an interactive showcase called “The Window Shop” for Fashion’s Night Out that took place in September 2011. There were huge windows with images of different products presented on Net-a-Porter website. These, at first glance, unremarkable showcases literally came to life on the screens of smartphones and tablets! Ordinary faceless images of dresses were replaced by the models wearing them on the catwalk shows. In addition to the possibility to view the model from all sides buyers could click to select the size, color and buy it then. Net-a-Porter presented a new collection of Karl Lagerfeld in January 2012 where they repeated a successful experience in creating virtual windows using the Augmented Reality. This time the project covered five cities and made an unforgettable entertainment to women living in Paris, New York, London, Berlin and Sydney. Hugo Boss went even further in regards to the technology. They set up an 8-meter display with the interactive models inside of their office, and the visitors could not just “dress up” the models into different dresses from Hugo Boss collections but also control and direct their movements. Virtual fittings demonstrate the practical benefits of the Augmented Reality. Last year this miracle of the brand new technology appeared in Moscow branch of the British multinational clothes retailer “TopShop”. Virtual fitting rooms combined two of the most fashionable technological trends: Augmented Reality and Microsoft Kinect. People could not only see them in the new clothes on the screens but also manage the program by just waving their hands and pressing invisible buttons in the air. “This is a real fitting, – says Matthew Szymczyk, CEO of Zugara – one of the leading developers of the technology known as the Augmented Reality. – When people look at the fashion shows or magazines, they tend to represent themselves in the fashionable clothes. The Augmented Reality allows us to solve this problem”.

It is significantly that digital technology is being actively used even by the printed fashion magazines. Special marks to create the Augmented Reality were already noticed on the pages of Dazed & Confused, Tattler and InStyle. Once the mark enters the field of view, the magazine comes to life and the traditional paper-based version turns into the interactive video pages. Using this very technology, Henry Holland, known for his non- conformist views and love of technical innovations, adorned a December issue of InStyle UK with the Augmented Reality . A freeware application, a tablet, a camera – and instead of leopard print on the cover there appears the video from the show House of Holland S/S 2012.

All these examples suggest that fashion goes to a new level. Although there are skeptics who claim that the Augmented Reality does not have a fashionable future. At least in the direction of the virtual fitting. Indeed, today’s technology is not perfect – it is difficult to understand how clothing fits well, whether it takes into consideration the individual characteristics of a figure or no, what is the texture and fabric quality… Will the Augmented Reality be able to answer these questions one day? Having in mind that 10 years ago there was no even a tablet or a smartphone, and the idea of an interactive fitting seemed to be something close to fantasy, then the forecasts are more than optimistic.