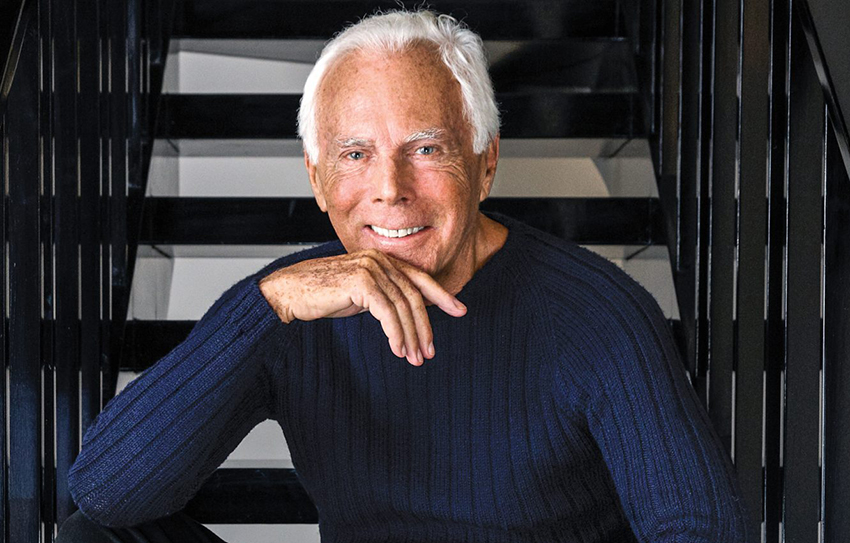 Giorgio Armani is an Italian fashion designer, born on July 11 of 1934 in Piacenza, Italy. Armani’s childhood was difficult because it fell during the years of World War II. Giorgio himself recalls: “Sometimes it seemed to me that I never had a childhood or adolescence.” Mussolini was in power at the time, allied with the Nazi occupation, so Armani’s hometown was constantly under fire and bombardment. The family, like other residents of Piacenza, had to take refuge in the cellars. 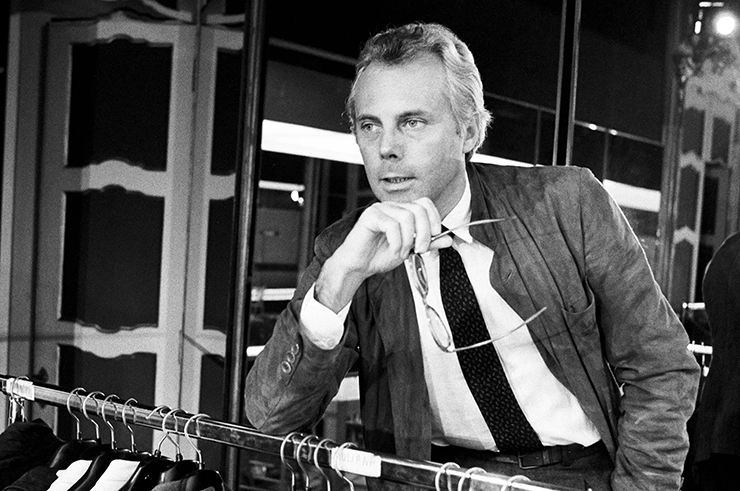 As a youth, he studied medicine at the Department of Medicine at the University of Milan and also completed his military service. Armani began his journey into the world of high fashion as a window dresser. Following this, he was taken to the Style Office department store, where Armani worked as a buyer. 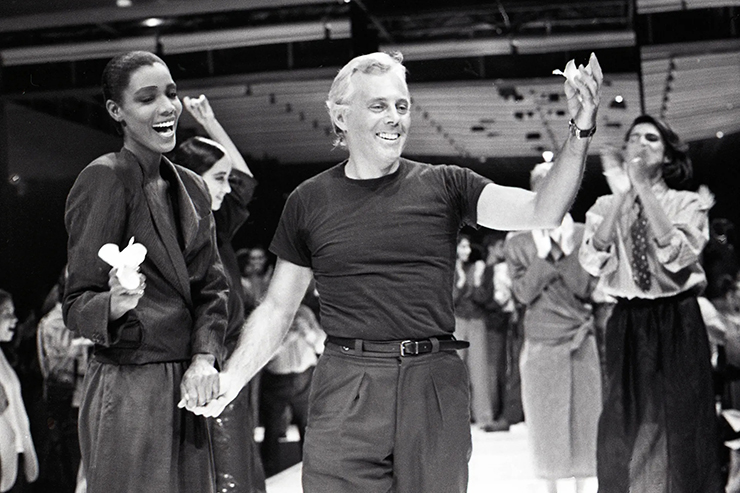 In 1964, Giorgio Armani began working for the Italian designer Nino Cerruti, where he designed the Cerruti Hitman menswear line. Leaving the company in the early 70s, he started doing freelance projects for various Italian firms and designing menswear under his own label.

In 1973, Giorgio Armani and his business partner Sergio Galeotti opened the first store in Milan. To do this, Armani had to sell his old Volkswagen car. Two years later, Giorgio and Sergio founded the company with a starting capital of $10,000. At the same time, the fashion designer continued to cooperate with Italian brands in the form of freelance work: among his clients were Ermenegildo Zegna, Ungaro, Loewe. For his own collections, Armani designed the outfit that soon became his hallmark — a suit with a loose-fitting blazer and straight-leg trousers. Armani removed the lining and false shoulders from the jacket, deprived the trousers of the obligatory arrows, and relieved the shirt collars of excessive starching. 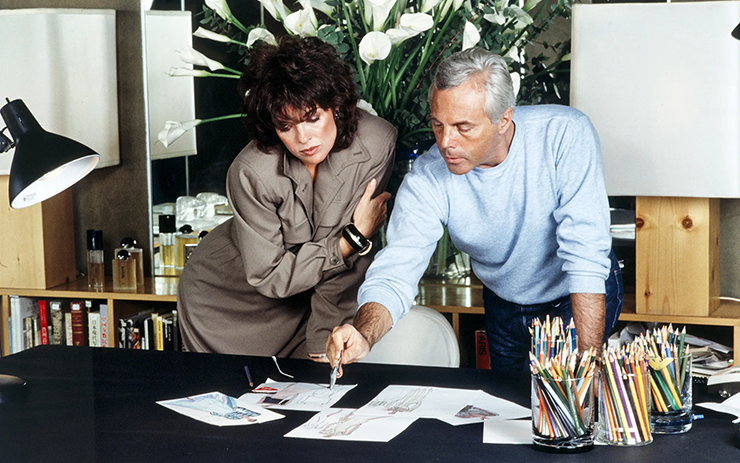 In 1976, Fred Pressman, the owner of Barneys New York department store, became interested in Armani suits and offered Armani and Galeotti $10,000 for exclusive rights to promote the brand in New York. Orders soon followed from other American department stores, such as Saks Fifth Avenue and Bloomingdale’s. The global popularity of Armani was brought by the movie “American Gigolo”, where the main character played by Richard Gere wore Giorgio Armani suits with snow-white shirts and trendy sunglasses.

In 1981, Giorgio Armani launched his clothing lines Armani Jeans, Armani Junior, and Emporio Armani. The high demand and high price of items from his collections provoked an increase in the number of fakes, which is why he even canceled the Milan show in 1982. The same year, he became the second designer in history (after Christian Dior) to be featured on the cover of Time magazine.

In 1983, Giorgio Armani received the prestigious Council of Fashion Designers of America Award for Best International Designer, and in 1987 he won the first ever Menswear Design Lifetime Achievement Award. 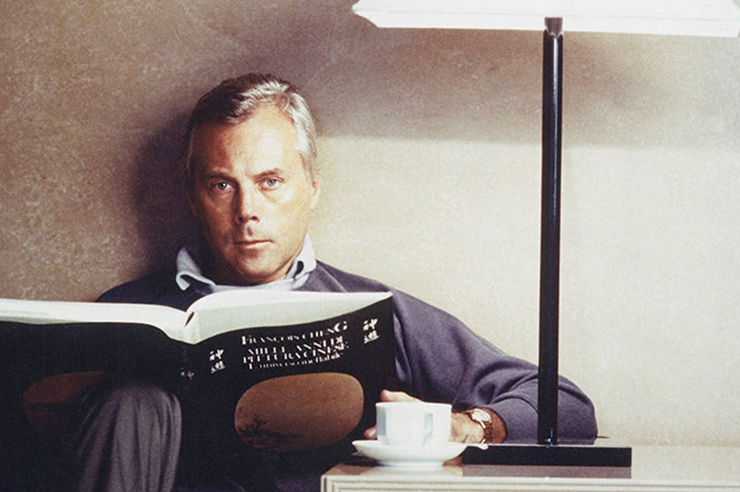 In 1989, Armani opened a Milan store that, in addition to clothes, shoes, accessories and cosmetics, sold flowers, sweets and books, as well as Emporio Armani Caffè, a Japanese restaurant Nobu, and a nightclub. 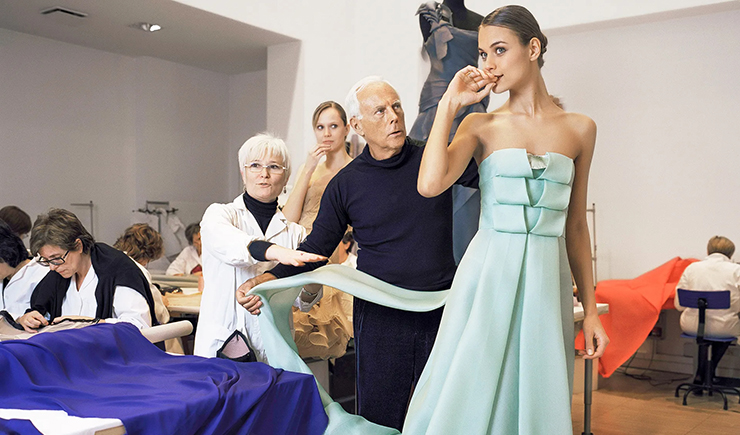 In 2005, Armani signed an agreement with an Arab investment company for the construction of several hotels under the name Giorgio Armani. He is personally responsible for interior design of hotels. In 2010, a hotel was opened in Burj Khalifa, an ultra-tall skyscraper in Dubai. 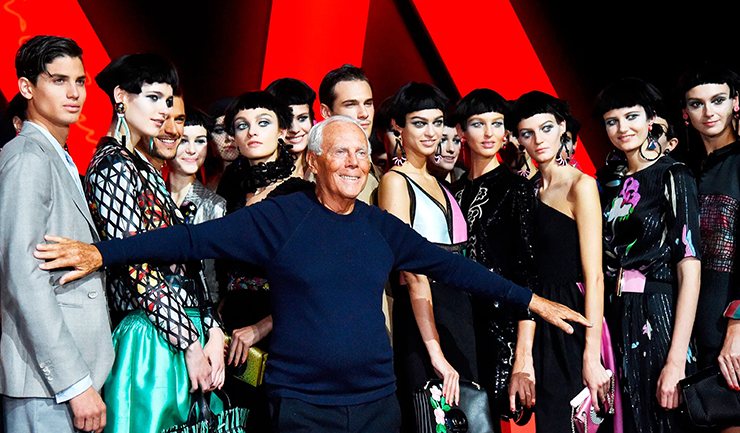 Currently, Giorgio Armani continues to work on collections for his own brand.