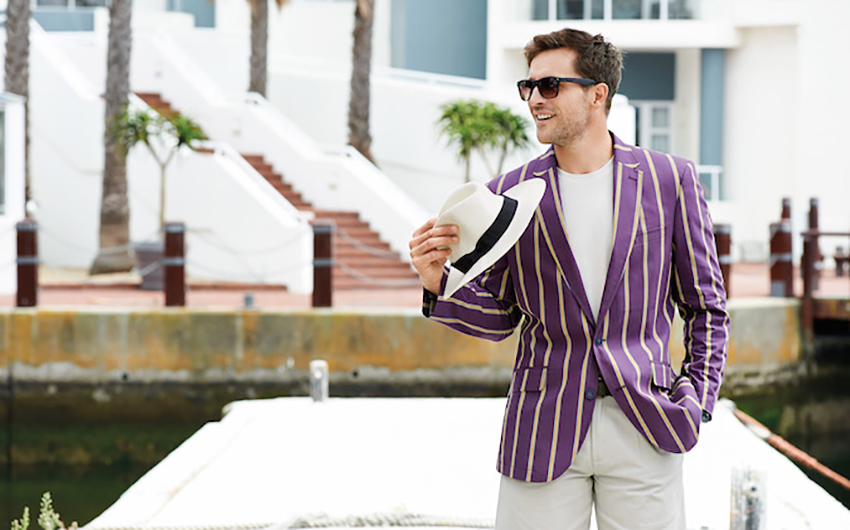 Blazer is a solid color jacket with contrasting buttons. It is distinguished from the other types of jackets due to its more formal look, often having naval-style metal buttons, thus reflecting its origin because it used to be originally worn by boating club members. Historically, the term, blazer came from the “blazing red” jackets worn by Lady Margaret Boat Club in Cambridge. They served as a status symbol as rowers began wearing such blazers on dry land and around colleges. The trousers worn together with a blazer should not match it in the color.