Chukka Boots and Desert Boots are very similar, which is exactly the reason why so many people confuse them with each other.

Chukka Boots have been originally invented by Indians, and having in mind that India used to be a British colony at that time, so the boots became popular among Britains accordingly. The boots got its name due to the period of the polo game which started at 7.5 minutes and was called ‘chukker’. After the polo, players wore light suede boots for walking. Chukka boots were produced of suede or leather, could have two or three pairs of lace holes, and the boots’ sole always had to be made of leather.

In 1941, Nathan Clark — the grandson of the founder of the shoe company Clarks — saw Chukka Boots during his military service in Myanmar. He slightly transformed them and started the production. The boots gained popularity among the British military officers, who began to wear them in Egypt during World War II as casual shoes. After that the boots by Nathan Clark got the name of Desert Boots. Unlike Chukkas, the Desert Boots’ sole is made not from leather but from rubber or crepe, and they always have only two pairs of of lace holes.

The most common and popular model of Desert Boots is being made of suede of a sand color which is considered to be what we call the classic desert boots. 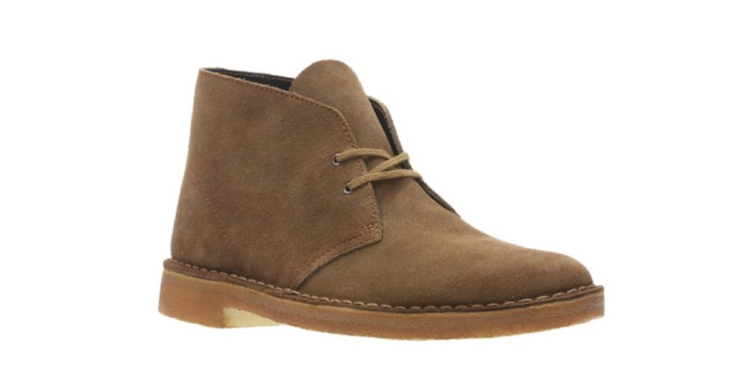