Jouy Print (also known as ‘Toile de Jouy’) is a white or off-white background with a repeated pattern, depicting a detailed scene, landscapes and figures. Originally invented in the 18th century by the factory “Jouy-en-Josas” near Versailles, France. The Jouy factory was started in 1760 by Christophe-Philippe Oberkampf. His designs were initially printed from woodblocks and then, starting from 1770, from copper plates. Later, Jouy Print also found its popularity in England. Nowadays it’s been widely used by various modern fashion designers from time to time. 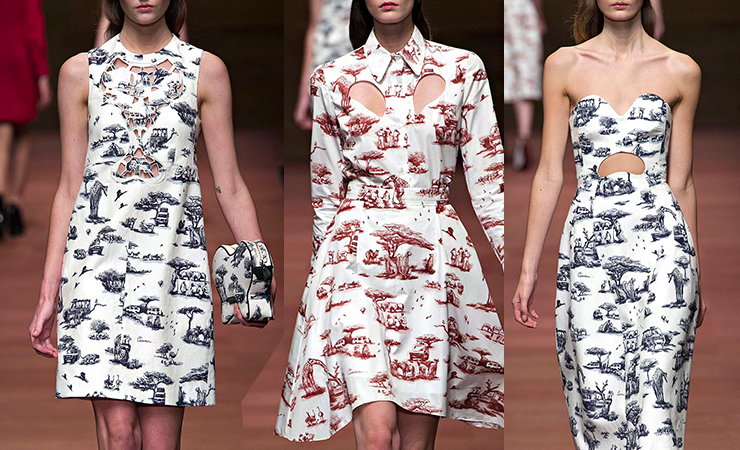