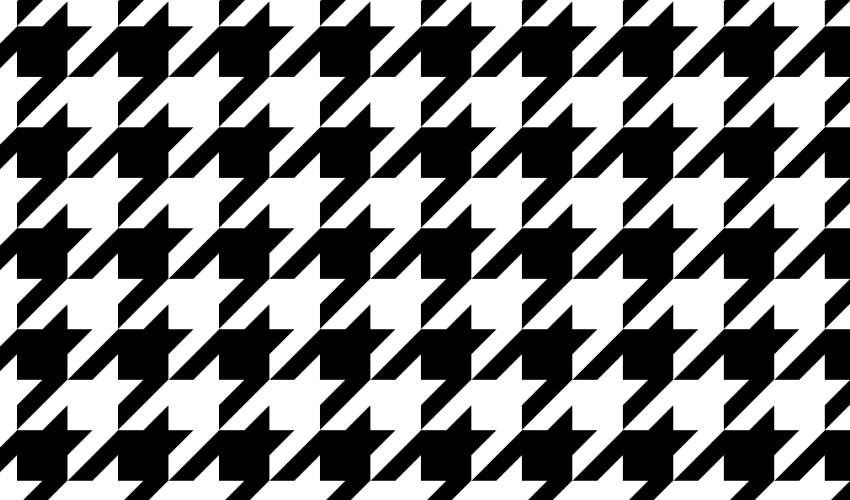 Houndstooth is a pattern so named because it looks like a dog’s back tooth. According to the Ralph Lauren Style Guide, the pattern is made up of “distinctive broken checks that resemble pinwheels or the pointed teeth of a hound”. Houndstooth originated in Scotland in the 1800s, it was earlier worn as an outer garment of woven wool cloth by shepherds. The pattern is still popular to this day in tweed and wool fabrics. It is a duotone pattern that is characterized by its abstract four-pointed shapes, most often in black and white. The pattern is usually used for coats and jackets, however it can also be found on dresses and skirts. In the early 1800s the pattern was used on scarves and hoop skirts. When it was first created, the pattern was referred to as Shepherd’s Check or Dogstooth. The smaller version of this print is referred to as puppy’s tooth. This pattern was adopted by the upper class as a symbol of wealth. In 1959, Christian Dior used houndstooth, which was one of their favorite design motifs to design a pointed court shoe featuring the pattern. Fashion houses like Chanel, Louis Vuitton, Emporio Armani and Moschino used houndstooth during their collections in the 1990s and mid-2000s. 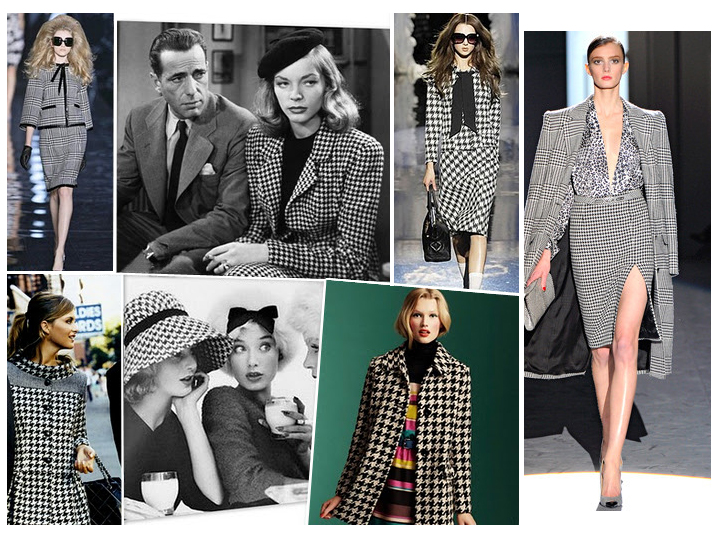