The Wedding: Trends vs. Traditions 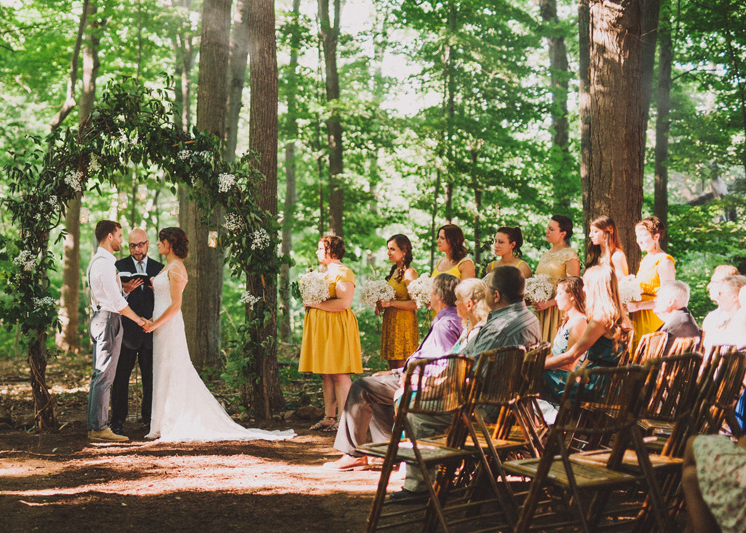 For a long time wedding trends were determined by the limited post-Soviet imagination, stereotypes and trivial deficit of wedding attributes. Things began to change a decade later. It all started with primitive imitation of western weddings, complete departure from national traditions and blind desire to make everything “like in the movies“. No wonder that such a radical approach, combined with the mentality of the Soviet people, led to quite questionable results. Ultimately, even the expensive weddings looked cheap and tasteless with all those artificial flowers instead of the real ones, viscose instead of silk, and total saving on the details.

After watching thousands of wedding photos, it’s hard to argue with the fact that classics is eternal. “A”-silhouettes, crinolines, bustiers, lace and satin in the minor variations are presented in nine out of ten weddings. On the other hand, modern brides are increasingly trying to look not only elegant, romantic and feminine, but original and unique. And judging by how actively celebrities and designers support the idea of alternative wedding dresses (for example, the red collection of Vera Wang or daring silhouettes of Oscar de la Renta), we can positively guarantee that the future is in exquisite styles, unusual items, non-traditional colors and materials!

Gradual shift away from classics takes place in men’s fashion too. Thus, strict tailcoats and three-piece suits now can’t do without bright accessories such as original scarves, ties, belts, socks, or even democratic but stylish shirts and blazers. 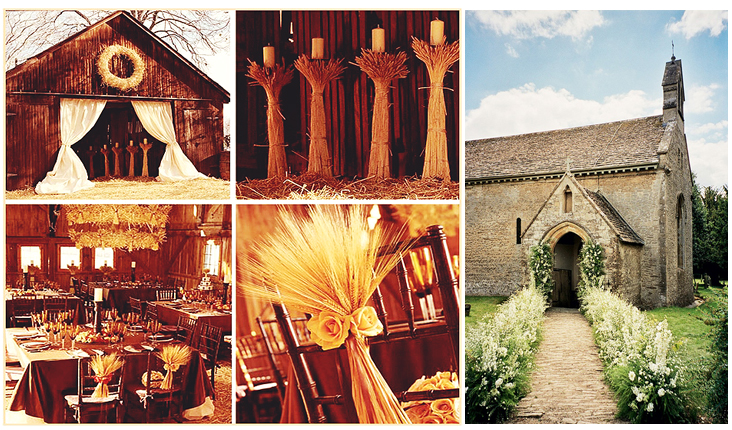 A study conducted by TheKnot and WeddingChannel showed that about 64% of couples hold the wedding ceremony in the room, 15% — in the open air, 21% — combine both. The last figure is growing from year to year. From banquet halls and restaurants the celebration moves to the countryside, gardens, parks, fields, forests, roofs of skyscrapers, or even in the sea. Unusual locations offer plenty of opportunities for designers and decorators, so such a wedding often look like an animated scene from a fairy tale.

The trend for non-traditional locations is closely connected with the trend for thematic weddings. Retro style has already become trivial but the theme of a village, hippies, Middle Ages and eastern motives are now on the wave of popularity. Not to forget to mention a traditional style wedding. Of course, we are not talking about cheap embroidered shirts, towels with prints instead of embroidery, but about the authentic Ukrainian weddings, kept in the original traditions with all the inherent attributes — braids and wreaths of flowers, pottery, national dishes of fresh home-made products, dances and melodious songs.

The trend for ecology, organic products and all kinds of green movement did not come by weddings too. Many people mistakenly believe that “green wedding” is just a wedding that takes place somewhere outdoors or out of the city. In fact, it is the way more interesting. Eco-wedding involves rejection of wedding processions (maximum — one bus for all) and paper invitations, using only local food and only reusable dishes. And the experience shows that more restrictions bring more brighter and original ideas.

Everyone strive to be extraordinary, to differ from each other, and of course to surprise the guests. And the pay off can already be noticed! Interesting and creative solutions are present in many weddings now, which is reflected in non-traditional herbal boutonnieres, cupcakes, exotic canapés, improvised candlesticks made of bottles, and cute chandeliers. The wedding scripts become more creative and therefore more lively and cheerful.

Preparations for the wedding have the same important meaning as the wedding itself. It all starts with the engagement as an intimate event which often turns into a flash mob, and ends with bachelor and hen parties in the format of quest games. The bride and the groom in this case try to take an active part in the preparation for the wedding, making the invitations by themselves or shooting the teaser photos and even the short movies, receiving from all this loads of pleasure and excitement.

The attitude to the wedding traditions themselves became more moderate and democratic. The bride wears two garters now, one to keep, and another to throw. The groom often sees the bride in her wedding dress before the wedding. The wedding march is often being substituted with a more personal song. Talking about our realias, those meaningless superstitions and ransom-for-the-bride traditions with their dubious contests are slowly but steadily losing their popularity.

After numerous experiments with the camera angles and filters, wedding photography is back to the classic portrait. Due to the capabilities of optics and post-processing the classics gets a new life. All the experiments with the poses, locations and accessories are now transferred to the pre-wedding photography. As for the wedding video, no one shoots long movies nowadays. Videographers prefer to make a five-minute informative and emotional video instead of that.

Perhaps, this is the most eternal and important trend that will never go out of fashion, because dresses, tuxedos, locations and entourage will do nothing without warm love and sincere feelings!