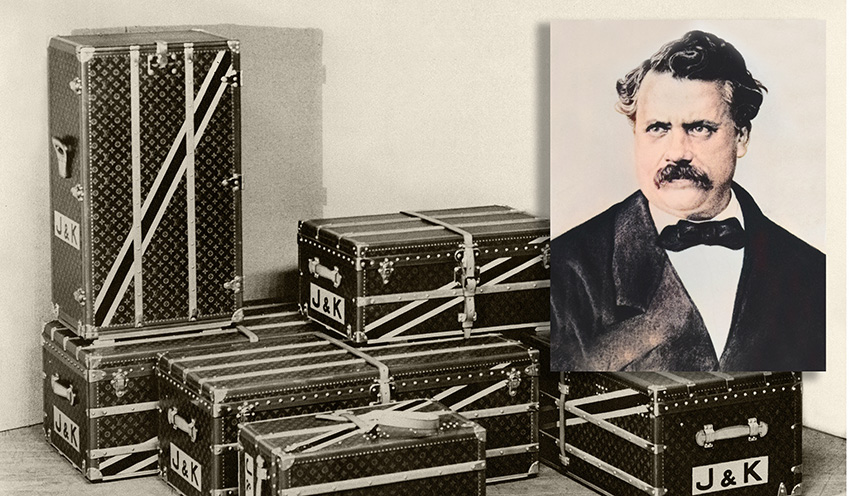 Louis Vuitton (4 August 1821 – 27 February 1892) was a French fashion designer, the founder of Louis Vuitton brand of leather goods. The future designer was born in Anchay, in the east of France. The boy’s father worked as a carpenter and instilled the boy with love to the manual labor. During Louis’s youth, new railways were being actively built in the country, traveling by train became more and more popular, so the demand for professions related to railways, as well as things which could be used while traveling, began to grow. Tailoring suitcases became a highly lucrative occupation, which inspired a fourteen year old Louis Vuitton on his first trip to Paris. The teenager planned to learn tailoring suitcases. The difficulty was that Louis’s father could not give his son money for the journey, since his family was rather poor. 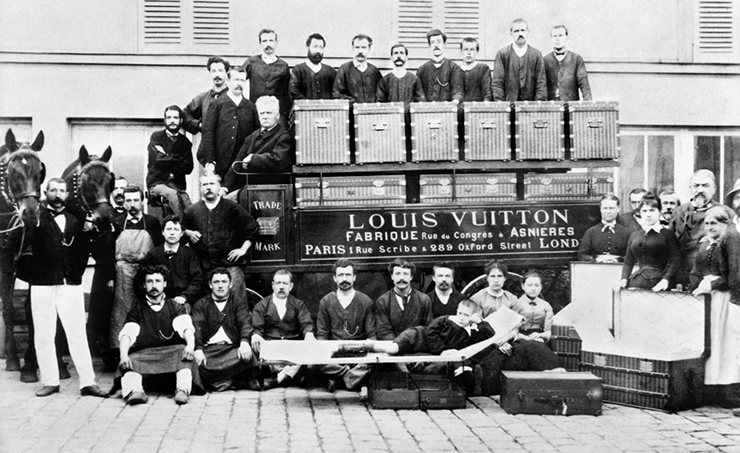 This did not stop the purposeful young man and he did not give up on his dream. Louis went to Paris on foot. The distance that the teenager had to go was 400 kilometers. While on the way, Vuitton had to earn extra money to feed himself. In the capital, Louis found work as an apprentice for a master named Monsieur Marechal, a successful trunk maker and packer. For three years, Vuitton’s talent allowed the future designer to master this craft to perfection. In 1840, a young man was appointed senior assistant to the master. 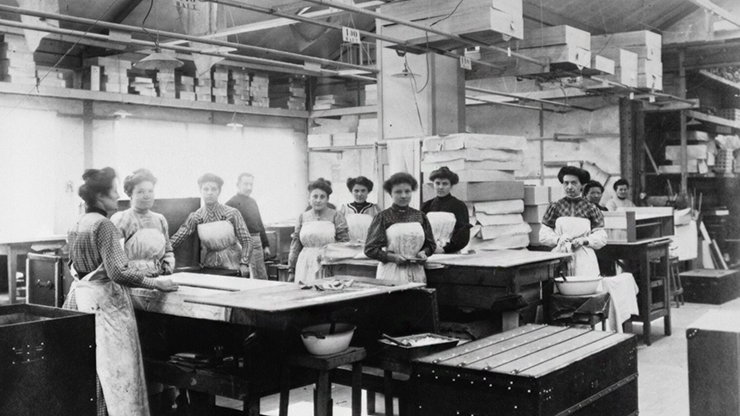 Louis Vuitton bags quickly became famous in Paris for their quality and the accuracy that the novice master worked with. Notable clients started paying attention to him, and in 1853 Empress Eugénie de Montijo herself, wife of Napoleon III, became another client of Louis, after which Vuitton became the personal master of the Empress. The career of the young master was rapidly going uphill — such eminent customers attracted the attention of the entire Parisian beau monde to him. 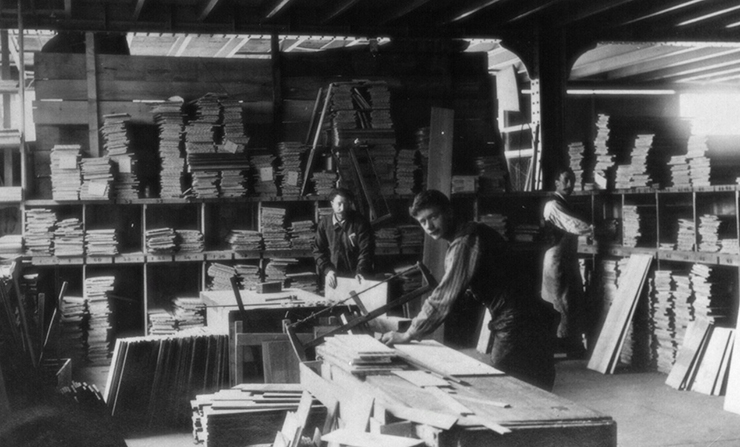 A year later, in 1854, the first Louis Vuitton store was opened under the name “Louis Vuitton: Malletier a Paris”. The first store sign still exists, and the building itself attracts tourists and fashion lovers from all over the world. Fashion connoisseurs consider the rectangular suitcase to be the main achievement of Vuitton. Previously, the bags were absolutely uncomfortable, having convex sides. Transportation of such bags caused a lot of difficulties and it was not possible to stack them one on top of the other because the suitcases constantly slipped and fell. Louis Vuitton decided to rectify the situation. 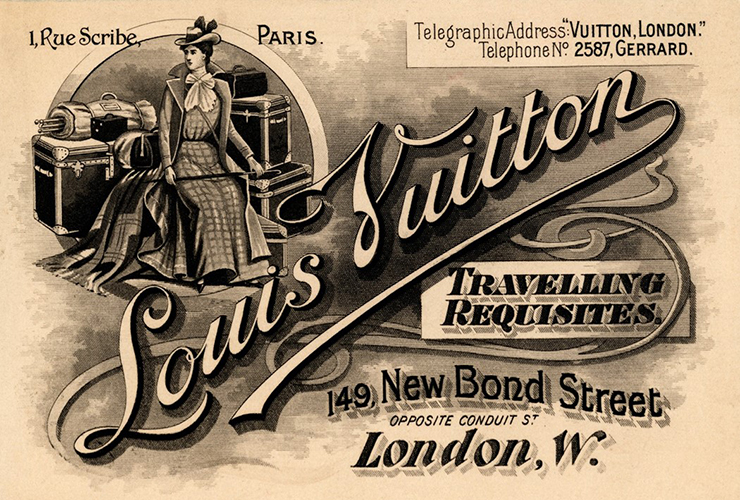 In 1858, Louis created the Trianon suitcase, with a flat lid and strong clasps, iron corners, as well as covering the wooden parts with the waterproof material. This made the new suitcase model comfortable and durable. The demand for the revolutionary novelty was so high that two years later Louis Vuitton opened his own workshop, where suitcases started to be manufactured on an industrial scale. 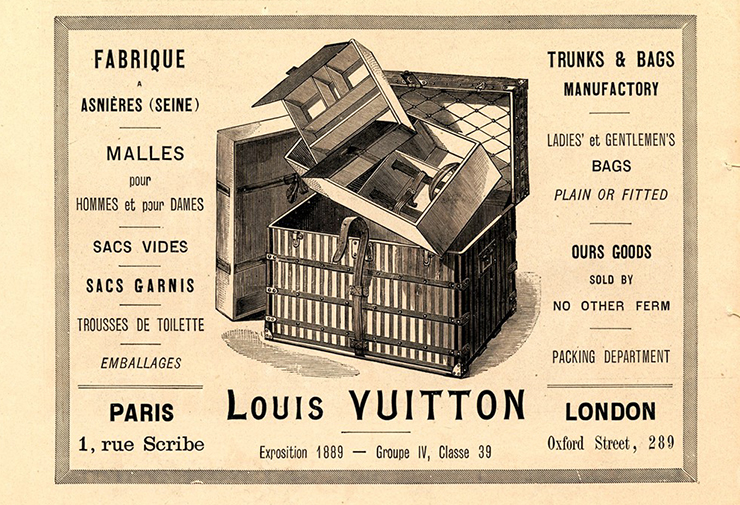 The Louis Vuitton brand became famous far beyond the borders of Paris and even France, so the master, being a perspicacious person, decided to expand the range. In addition to suitcases, Vuitton began to produce accessories that travelers might need too. Along with the growing popularity of the brand, the number of fakes began to grow as well, so in 1885 Louis decided to take care of creating a unique design for his suitcases: it was decided to use only brown fabric, with a pattern of light and dark squares, and also add the master’s signature on each product. A month after that, in 1892, the great master died. 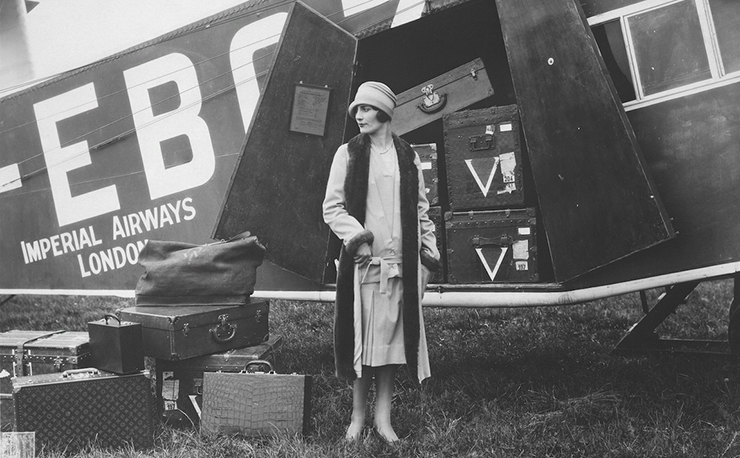 There is not so much information about the personal life of the designer, however it is known that he had a son, Georges, who took over the company after the death of his talented father. Georges helped Vuitton with his work from adolescence, so he continued his father’s business without any interruption. Georges Vuitton came up with the idea of ​​creating the familiar modern Louis Vuitton logo, which is still the hallmark of the fashion house.

Georges put a lot of effort into making Louis Vuitton brand popular outside of his native country. Advertising for Louis Vuitton brand appeared in European capitals, as well as New York, Buenos Aires and Brasília. In 1936, after the death of Georges Vuitton, the management of Louis Vuitton passed into the hands of his son Gaston Vuitton who later managed to gain a foothold in the Asian market: boutiques were opened in Taiwan, Japan and South Korea. In 1989, Louis Vuitton designer pieces were sold in 130 boutiques in France and other countries. 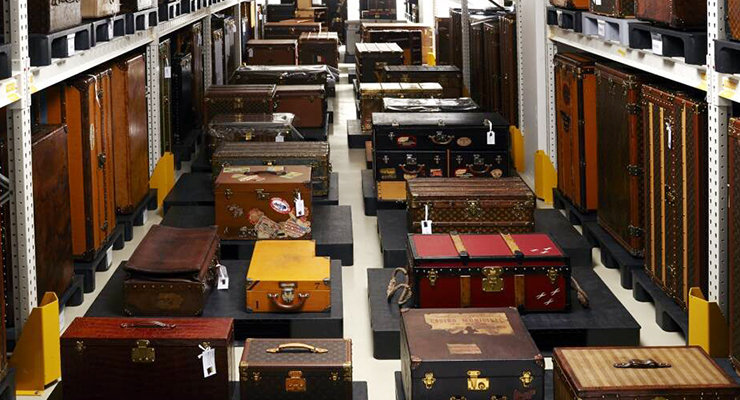 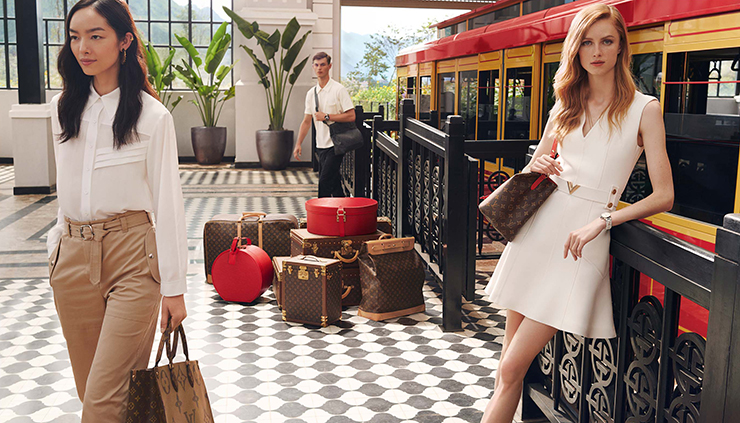 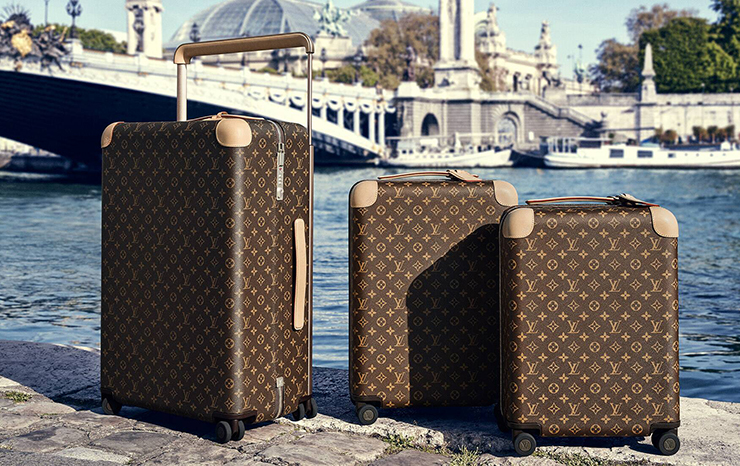 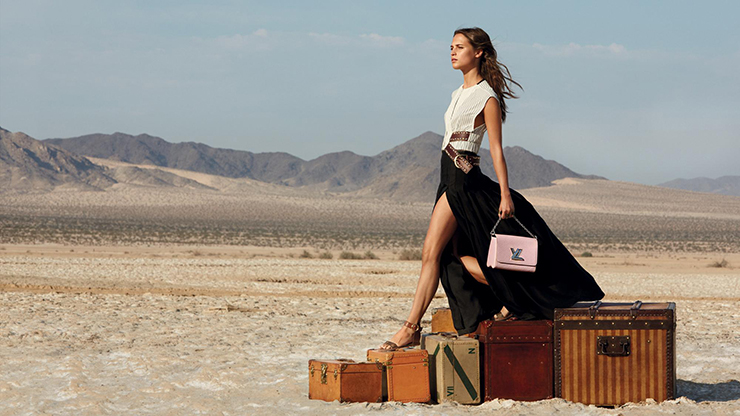