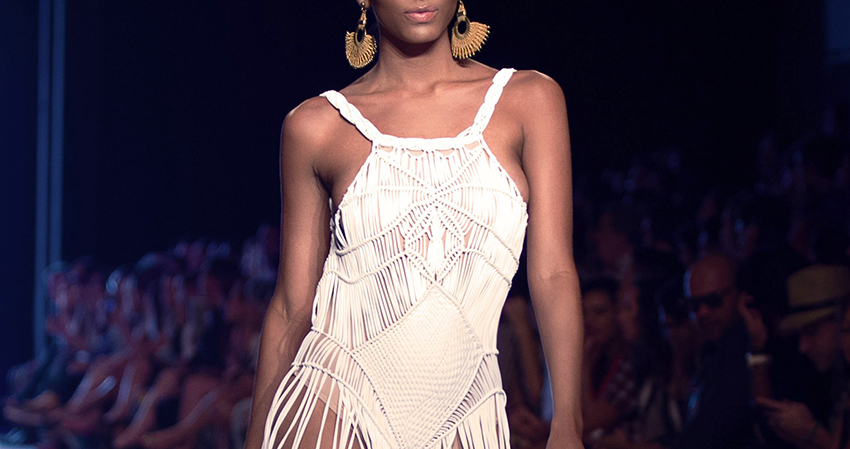 Macrame is the art of weaving knots from thick twisted threads, as well as various cords, as well as products made using this technique. One of the earliest recorded uses of macramé-style knots as decoration appeared in the carvings of the Babylonians. There are two known versions as to the etymology of the word macramé: one is that it is derived from the Arabic word “macramia” meaning “embroidered veil”, and another one that it comes from the Turkish word “makrama” meaning “napkin” or “towel”. Macrame technique is widely used in modern fashion. 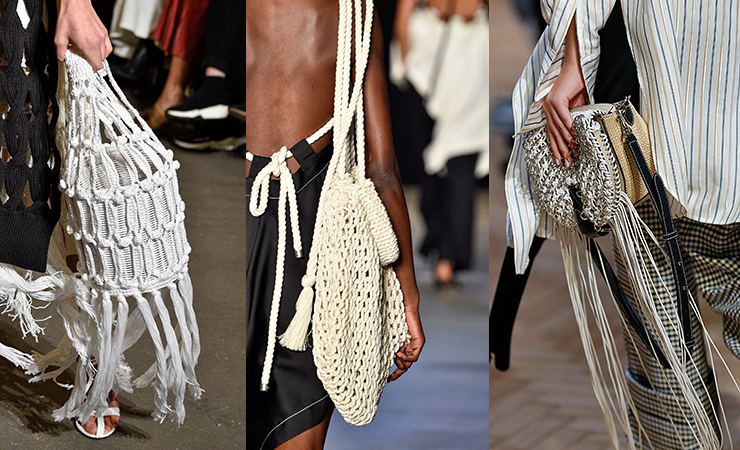 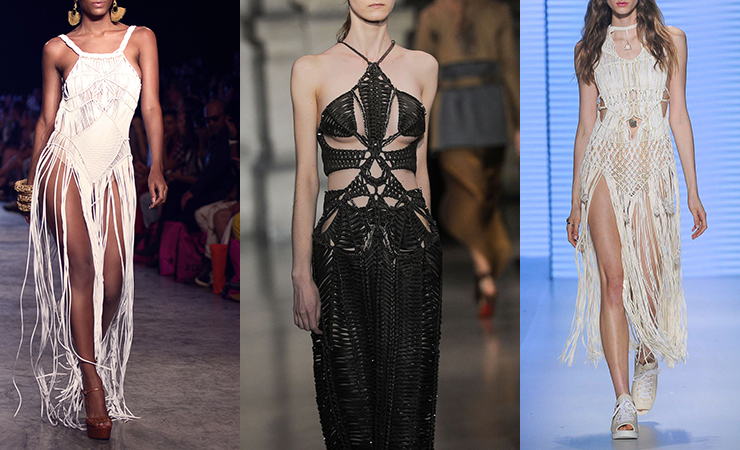