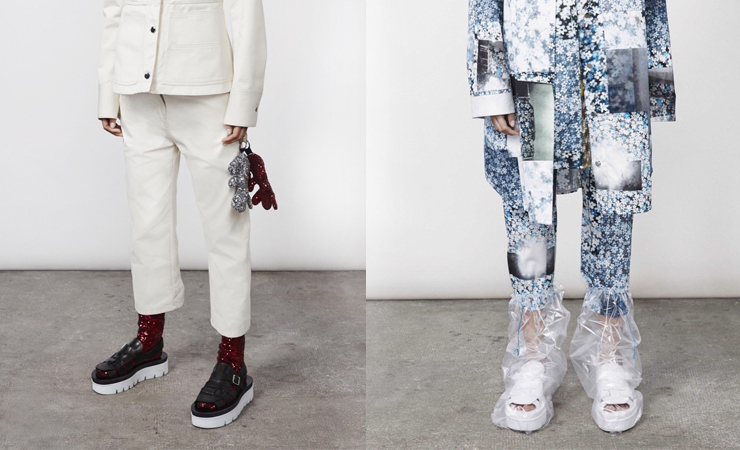 The 1990s continue to take the fashion world at lightning speed: one more trend, which is now experiencing a rebirth, is the High Platform Shoes (good news for those fashionistas who want to seem higher). After many years of oblivion, such shoes became fashionable and desirable again. A proof of this can be seen in the latest cruise collections. Nicolas Ghesquière, who’s being adored by many celebrities and whose contract with Louis Vuitton has been extended recently, brought it to the next level and created sneakers and jackboots with a curved thick sole.

Lucie and Luke Meier from Jil Sander also decided to experiment, this time with the Japanese sandals called “okobo”, which were the types of shoes originally worn by geishas. However, to make a difference, they substituted common wooden soles with leather and its inherent minimalism. Their example was followed by Phillip Lim with his sandals on a high platform, and later on by Karl Lagerfeld, with his rough sandals on a black-and-brown platform. If in childhood we used to see such shoes only in our nightmares – now any fashionista would kill to get a pair of such ones. 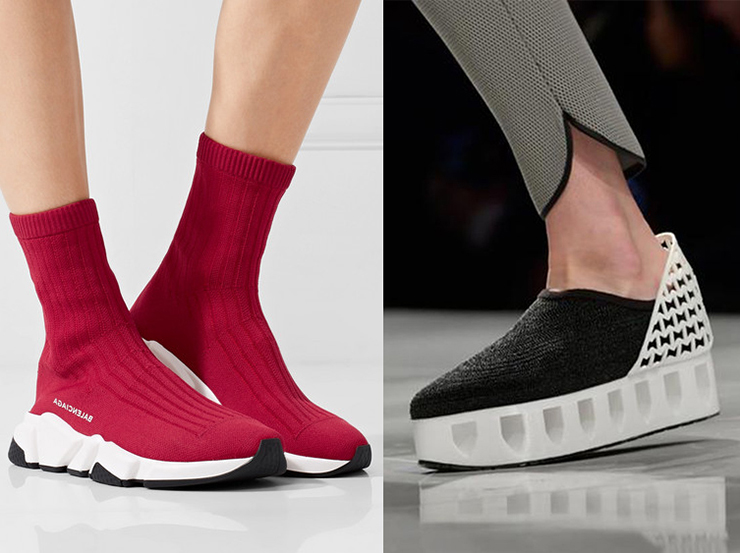 The most daring readers of The Fashiongton Post will definitely love the new cruise collection MM6 by Maison Margiela. Rough, almost looking like fishing boots, with a wide bootleg, made in snow-white color – in a combination with a conservative Scottish cell and strict blazers they would perfectly fit into your everyday wardrobe. And if it’s a tough task for you to wait for the 2019 resort collection to appear on the shelves, you can check Céline which already has the similar ones.