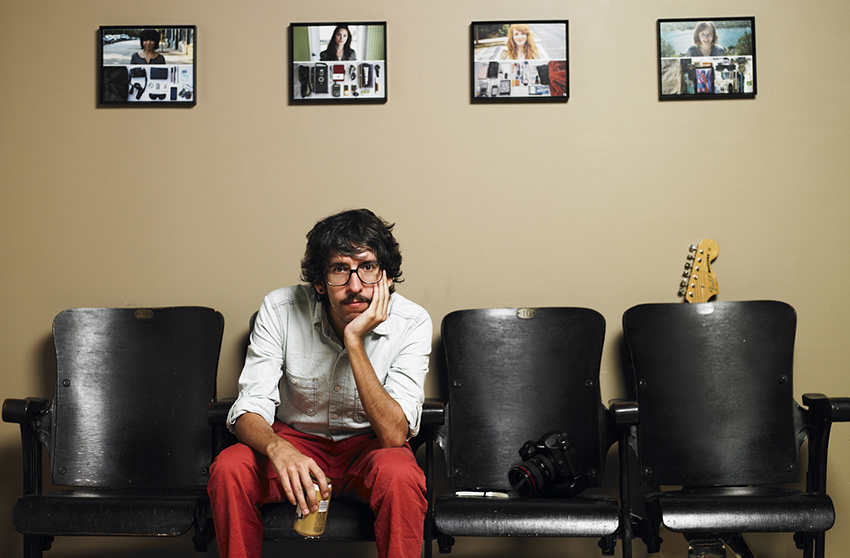 Jason Travis or ‘J Trav’ as he is known to most, approaches each day with a huge grin and seemingly boundless energy as a graphic designer, musician and photographer. Central to all of these endeavors is Jason’s love of people and relationships. One of his most far-reaching projects for today is the “Persona” photo series. This project resonated with viewers winning an award from PDN, as well as appearing on CNN, Gizmodo, New York Times, USA Today, Marie Claire, and more. 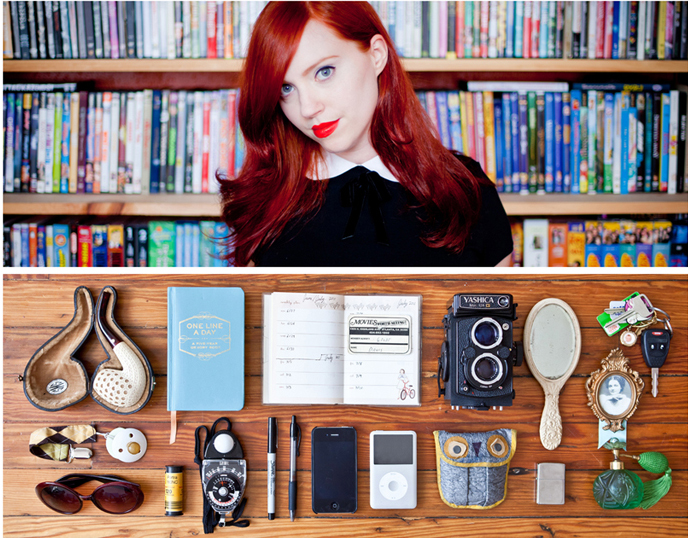 The Fashiongton Post: Jason, you’re listed as a graphic designer, photographer, musician… which one do you consider your main priority? Tell us a little bit about each one of them.

Jason Travis: As of 2011, I would consider myself a photographer foremost. It has become my main income source and also seems to be where I excel the most. My background in design definitely influences my photography, and I strive to be the best in all fields. Each area of concentration feeds off of the other and I take inspiration from everywhere. Having more than one outlet affords me the opportunity to remain creative and inspired.

F.P.: When you first started out, did you think this was something you were destined to do professionally? Was it a goal or an accident?

J.T.: Ever since I was a kid all I wanted to do was have a profession where I could create art. This has taken on many forms. Photography has always been something I was interested in and dabbled in but never thought it would become a career. While working for a few different design agencies I began experimenting more with photography. The ultimate goal is to be happy no matter where I am working or what I am doing. Staying inspired and loving what I do.

F.P.: How would you describe the main concept of the “Persona” project?

J.T.: The main concept is connecting with individuals. Learning about who they are and what makes them who they are. Getting a glimpse at what they carry on a daily basis, their essentials, gives me a direct line into their life. Accompanied by conversation, I always get a story out of them. I learn about my own life through the subjects I photograph. It is an amazing feeling, and its my own creation. I wouldn’t give it up for anything.

F.P.: Was there a specific moment that leads you to further expand the project with new participants?

J.T.: Initially I shot 24 and that was going to be it. But Persona wanted more. And as I progressed I focused on becoming a better photographer, and better at my project. Getting outside my circle and focusing on unique and creative individuals. It became an addiction for me that I couldn’t shake.

F.P.: Speaking of “Persona” statistics: Is there a general summary of the project? Total number of participants so far? Has there been a “most carried” object?

J.T.: That’s a number thought to pinpoint. As for subjects I’ve photographed around the country and world in the original style, the number comes in right around 300. I worked with CNN last March at SXSW and shot almost 150 in few days, and over 700 went through the Persona booth (a Persona style booth set up at the convention center. So in total, over 1150 people have had their Persona shot taken. CNN ran down some of the most carried items. From personal experience I’d say mostly everyone carries a wallet, keys, and phone. I’m interested to see how this changes in the coming years, if at all. Carrying a phone is a relatively new thing in the grand scheme of time, probably only an essential in the past 10 years or so.

F.P.: In your opinion, have there been any unusual daily items?

J.T.: I get this question pretty frequently and my answer is that I’m usually more surprised by certain individuals and what they have on them. For instance I once photographed an individual who had about five or six sandwiches in his bag. He told me that he gets hungry all the time and he never knows when he’ll need a sandwich. I found this extremely unique. After 4 years of shooting Persona I’m not really shocked by anything anymore. I await the day of shock!

F.P.: One question we’re dying to know: What’s in your bag?

J.T.: I actually photographed myself a few years back. I should probably do an update. Bag contents change with individuals that I shoot at multiple intervals. For instance, someone might graduate from school and start a profession. Their bag contents will change drastically based on what they are doing from day to day. For me, my essentials have remained the same for the most part, but like anyone it varies slightly depending on the day. I always have my wallet, keys, and iPhone. I usually carry Burt’s Bees chapstick, my camera, moleskine planner, macbook, micron pens, and guitar picks.

F.P.: Do you have a favorite in the “Persona” series? What makes it special?

J.T.: Hard to pinpoint one favorite, I have a few. Cassie has always been one of my favorites and has been the poster child for my series. Her Persona really struck a chord because she carries a Nintendo DS with her. The idea that beautiful women play video games seems to perplex. A few recent favorites include a 6 day old baby girl – Olive, a french bulldog – Puma, and Michael Stipe of REM. Going outside the norm is something I look forward to.

F.P.: Tell us about your most remarkable works? What are you working on now?

J.T.: Getting to photograph Michael Stipe, members of Duran Duran, and John Oliver are definitely among some of my crowning moments last year. My band, Sealions, opened for Metric in late 2010 at The Tabernacle in Atlanta, a venue I’d dreamed of playing. That was an amazing experience and one I will never forget. I also had the opportunity to photograph a wedding in Costa Rica last February, which was beautiful and a nice getaway. I currently have a few new projects in the works. One is a character portrait series that I plan on turning into a calendar. Another new series I have started working on draws from Persona in a brand new light. I’m very excited about this one but want to wait to divulge more details until spring. I will say that fans of Persona will certainly enjoy it! I’ve also began doing more film work. It feels like a natural progression and I have a few video projects lined up that will debut this year.

F.P.: Any creative project done routinely has the ability to become stale, where do you find inspiration that gives you that boundless energy for new ideas?

J.T.: I seek out inspiration from all over the place. Whether its design, music, photography, film or beyond. I get a lot of inspiration from traveling and meeting people from around the globe. Seeing beyond the typical everyday view really helps awaken your eyes and ears. I get inspiration from other local and non- local artists. Discussing ideas, seeing what others are working on. Maintaining a positive attitude and being around other ambitious creatives. Finally, trying to push myself to think outside the box and create things that are new and excited. Creating new projects for myself and ways to execute them.

F.P.: You give an impression as a positive and high- spirited person. Are there any qualities that we don’t know about? What type of person do you think you are?

J.T.: I try to maintain a high spirit no matter what! It’s not always easy, and often leads to stress but nothing out of the ordinary. Just have to take everything one day at a time and be thankful for what I have. Something most people do not know is that I have a form of color blindness. This makes a lot of things tricky but also has an positive effect on my work, giving it a unique look.I’m also highly allergic. I think I’m a good person and try my best to treat everyone with respect and understanding. I’ve always said if you’re good to someone, they will be good to you in return.

J.T.: Hard to say what I’ll be doing 2 years from now, or 10 years from now. I imagine it involves building on the career that I’ve started. I will always strive to be creative in my efforts no matter what I’m doing. I look forward to new challenges that await me!

F.P.: You’ve managed to meet so many different people, has anyone impressed you more than others?

J.T.: This goes both ways. I’m often impressed to meet artists and other like-minded individuals, however, meeting someone with a totally different view on the world opens up my eyes and helps me to have different views.

F.P.: The most powerful motivation for the new day achievements for you are…

J.T.: Meeting new people and creating something brand new. Being proud of my achievements thus far and looking forward to what’s around the bend.

F.P.: Any professional tips for the beginners?

J.T.: Challenge yourself. Be original. Get inspired. Surround yourself with what you love. Be good to others and yourself. 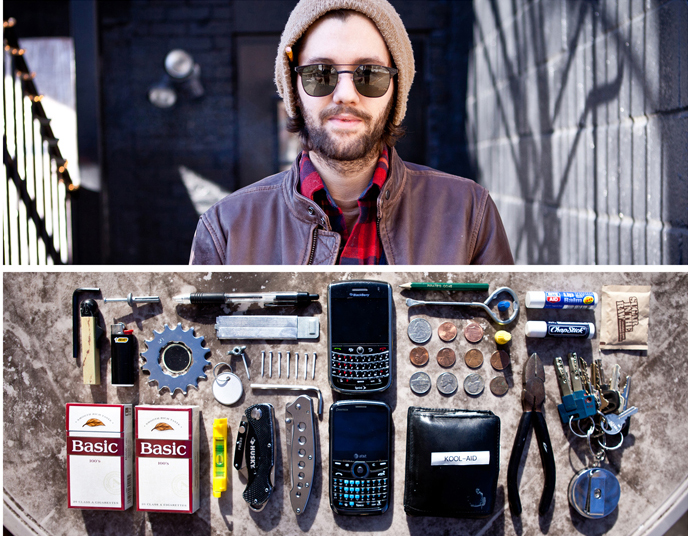 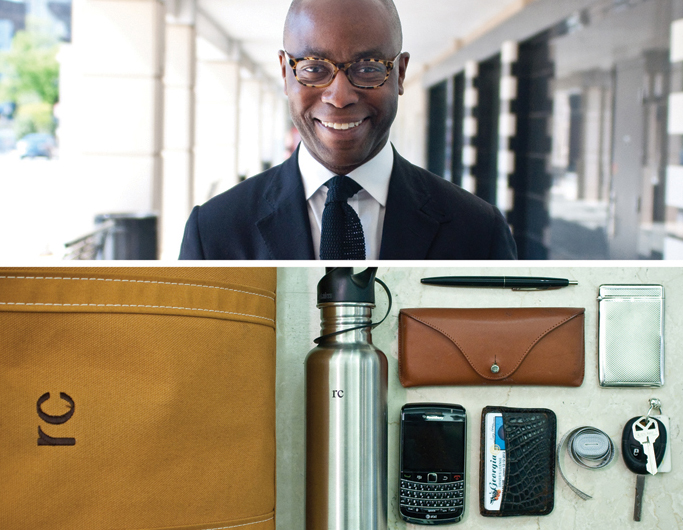 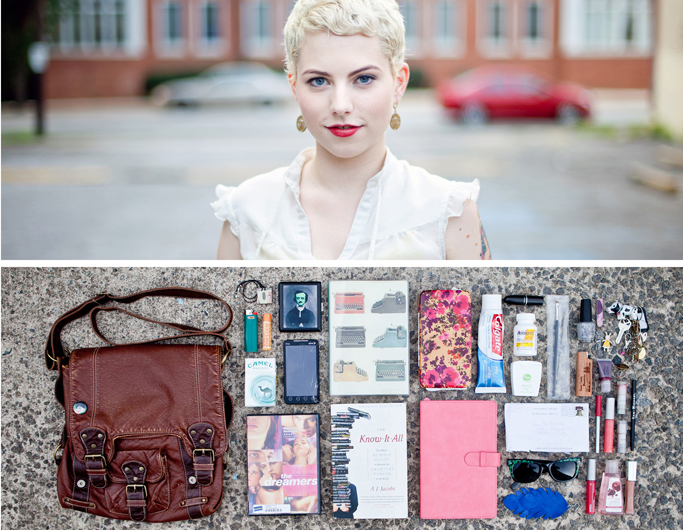 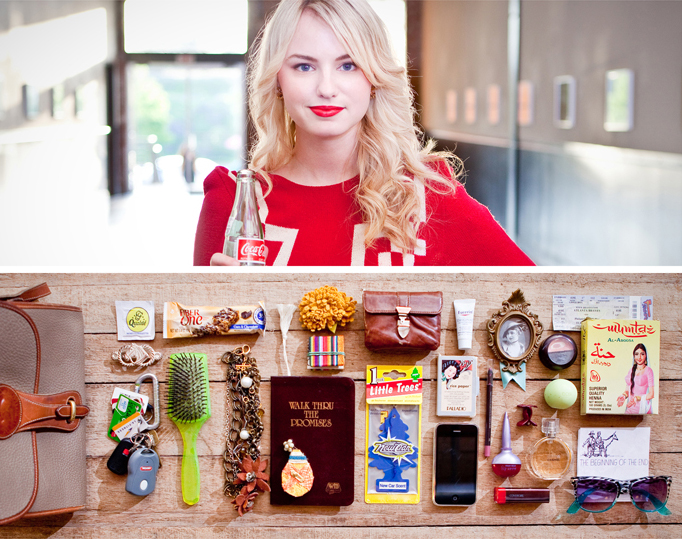 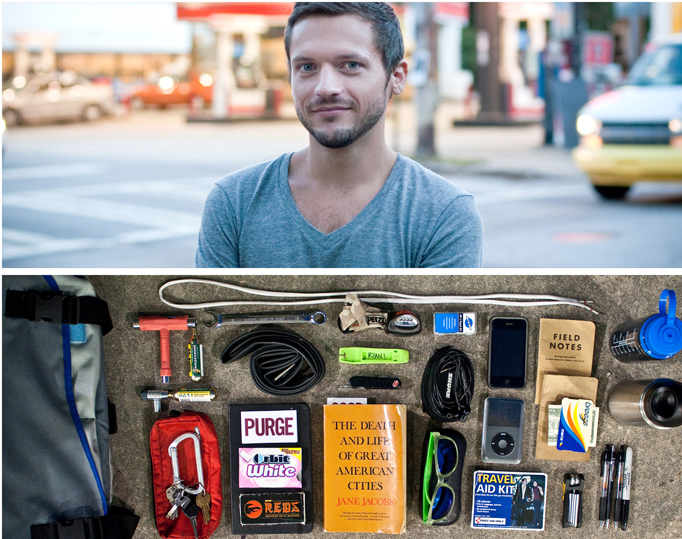 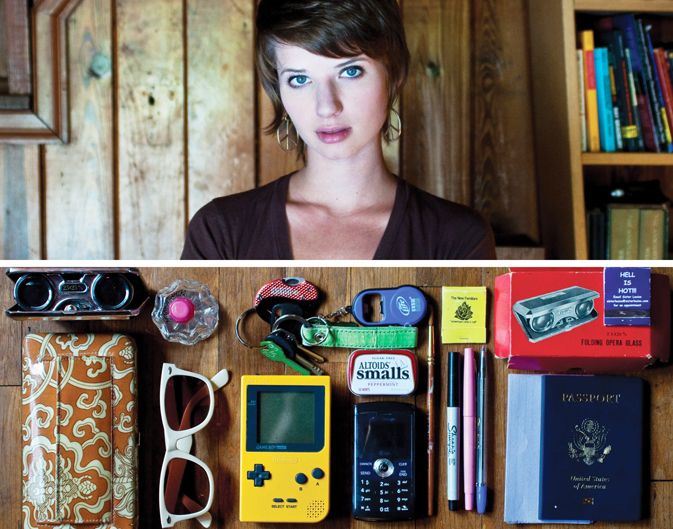 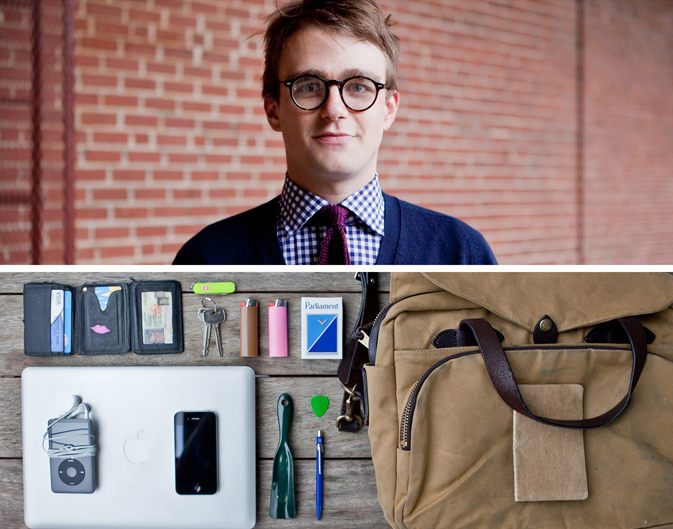 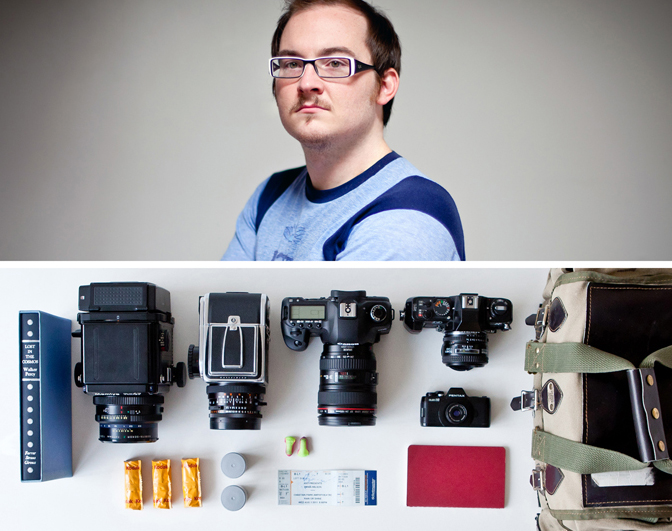 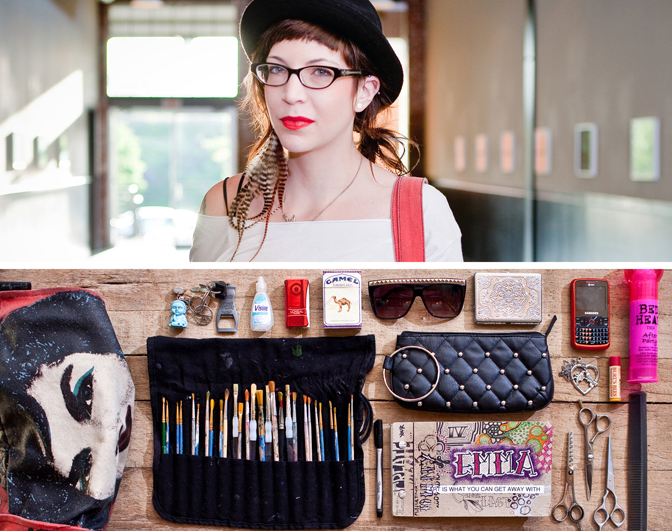 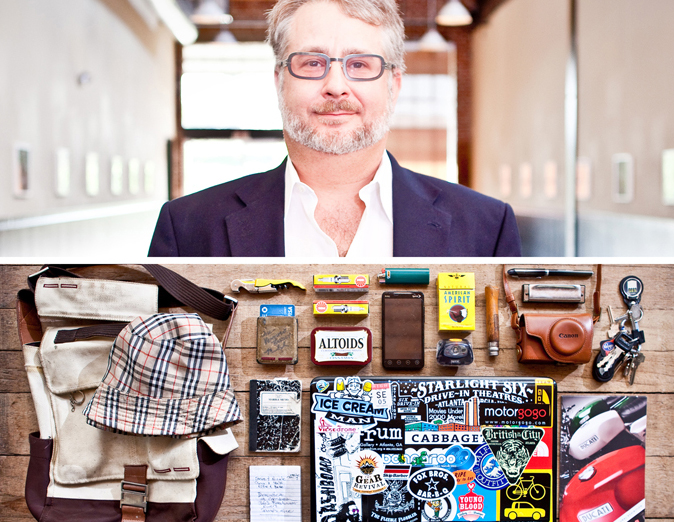