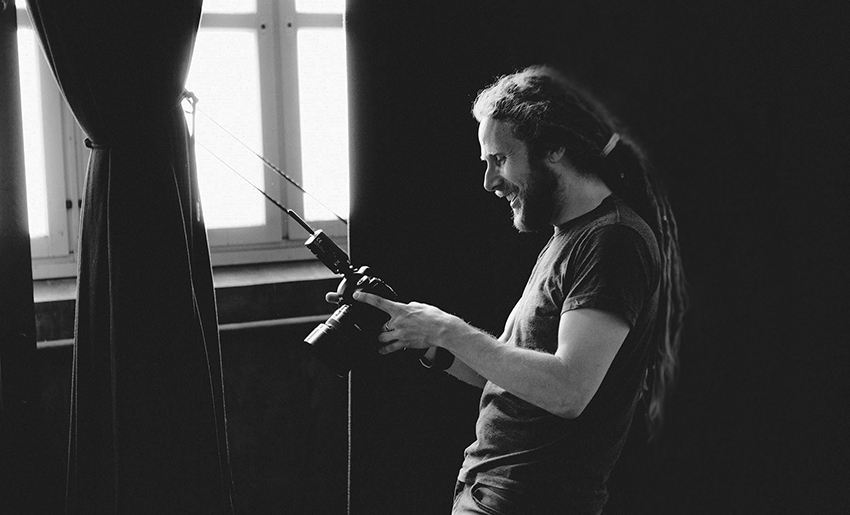 Apparently the striking highlight of the whole case is “You pick the thing you like to do and you won’t ever need to work even a day in your whole life”. This person was not afraid of taking risks in his life and here he is, gone through the “social worker” to “fashion photographer” transformation. Born in Stockholm (Sweden) started his career with working as a photo assistant for international fashion photographer Carl Bengtsson and featured later in the permanent exhibition of Sweden National Museum of art and design. His works amaze with the genuineness, dramatic character and tension of the manner of transmission. Meet Morgan Norman and praise the talent! 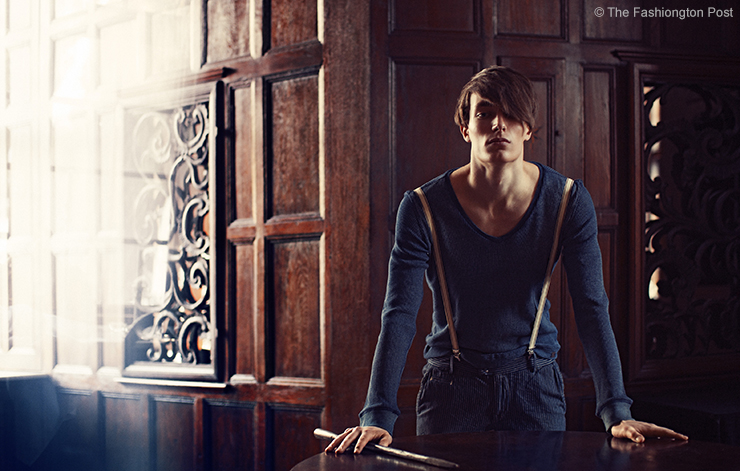 The Fashiongton Post: Morgan, you managed to trail such an amazing course line from implementing an idea of becoming a photographer up to turning into fashion and celebrity photographer whose works are getting even more recognizable. What do you think was the actual start point in your career?

Morgan Norman: My starting point when I decided to actually start shooting was when one day I woke up and felt like I really didn’t want to go to work and also I was super depressed because my band (in which I played drums at that time) broke up. So, I decided to do something about it and started to shoot just to feel better and to have something to replace the band with. And one thing led to another and soon I quit my job and started to shoot as a professional. I think what really made me established as a photographer was my first exhibition “Commedia Del Arté”. I worked closely with the Swedish Royal Theatre and made a series of portraits with their most famous actors.

F.P.: Tell us about your early years, formation of your character and personal qualities that later made you the person that you are now?

M.N.: I grew up in a small village up in the northern parts of Sweden. More or less 10-12 houses surrounded by a big forest. I never really planned to become a photographer but I always had a really vivid imagination and was playing a lot out in the wild. Soon I was hooked by music and started to play in different bands. I became to love dark and depressing music like – Sisters of Mercy, My Dying Bride, Nick Cave, Red House Painters and so on. Always had the feeling that this can’t be it! There has to be something more than just the things we see. I think this really have formed me as a character and influenced me as a photographer.

F.P.: Were there any special people who have had a significant influence on your own style and the manner of transmission, and if so who was your main encourager?

M.N.: I think for me it has been about music and movies. Music I mentioned above, and when it comes to movies which made an impact on me its: The City of Lost Children, Dune, The Cell. I love beauty, the theatrical and sadness… 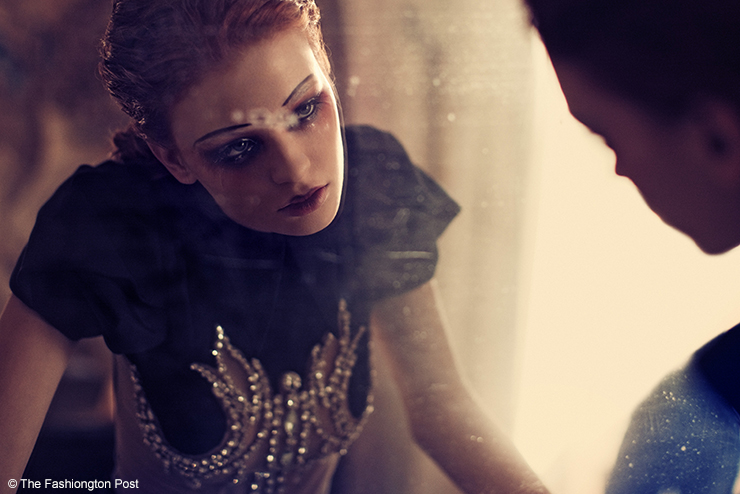 F.P.: Please, describe your inner world, what kind of images are flashing within it that create your own unique vision of the things and how do you see the outside reality from there?

M.N.: It’s like daytime dreams flashing by. My brain functions almost like a movie, I see everything like that. It’s almost like you are so bored with everyday life, so your brain starts to create a separate one just to make it more exciting. It’s impossible to say exactly what you see but I hope you know what I mean. It is like when I have no inspiration at all; I just plug in my iPhone and take a long walk around the city. Just listening to the music and go with the flow – it’s like being in your own music video/world.

F.P.: Tell us a little bit about your collaboration with Marco Cavazzana. What was the impetus for giving this union a credit?

M.N.: We started out a separate company named Norman Cavazzana a few years ago but today we work solo. My own photography takes too much time and Marco is focusing on directing now. But still we work together (as freelancers sometimes) when it comes to fashion videos. Last shooting we did was just a few weeks ago for Mercedes Benz Fashion Week. 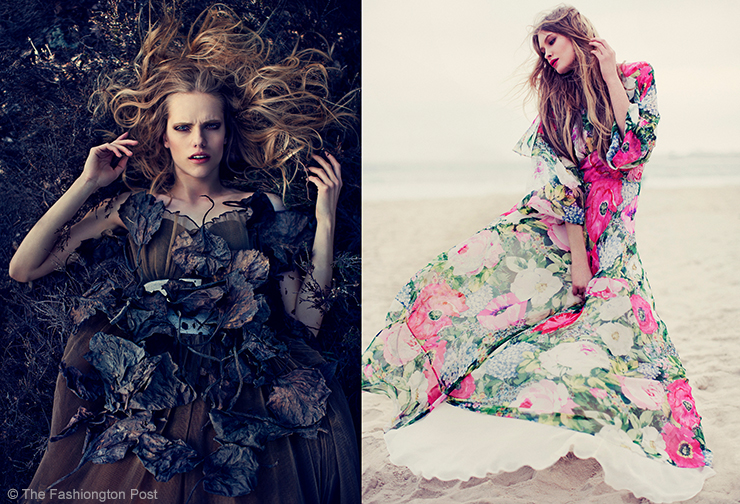 F.P.: What’s your opinion of today’s fashion? Does it effect on your own wardrobe and look? Who are your favorite designers?

M.N.: I don’t care too much about fashion to be honest. I see shapes and when I see shapes I love, you have a great picture. When it comes to how I dress it differs a little bit from time to time. A few years ago it was a lot of black and strict — soldier style. Today I grown a beard and feel more grunge. Brands I often wear are: Whyred, Cheap Monday, Samsoe Samsoe, Diesel and some vintage random stuff.

F.P.: After so many years of devising and improving the penmanship of your own what do you think it takes to become a successful photographer? Are there any special features required?

M.N.: Patience, focus and feeling. Everything takes time so, you can’t rush and there are so many great photographers out there so it’s easy to lose yourself and to stop believing. You have to focus and be inspired by others more than just feeling competition I think… And then in the end… it’s all about feeling and if you are lucky, other people will like your feeling and there you go! 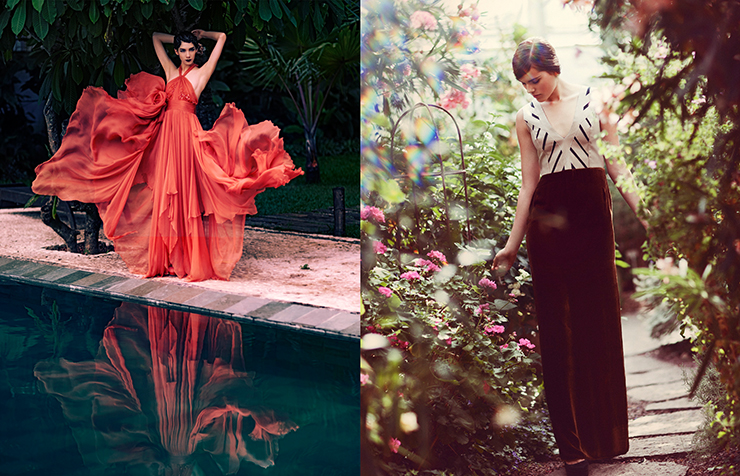 F.P.: What are your major principles in life?

M.N.: Love! Treat people with respect and don’t think that the world revolves around you. We are all in this together…

F.P.: What was the most exciting photoshoot you’ve ever had? What person’s best shots do you think you were an author of?

M.N.: It was probably when I did a shoot in Dubai. We were there for one week shooting for a luxurious interior/design magazine. In a few days after being surrounded by money and happy life, I decided to do something completely different. So, my friend and I got to a labor camp a few miles from the city. We wanted to take pictures and show a different side of Dubai but ended up being arrested by the police. I spent 10 hours in a police station in the middle of nowhere with police officers screaming at me. They erased all the pictures and took my camera, cell and passport. That was pretty exciting… My best shot/portraits… I have to say, it’s the picture of London / Stockholm based musician Keelrup. I love that shot because he is so stylish and calm. You never see pictures of him like that.

F.P.: What type of camera do you use? What technical parameters of a photographer’s equipment do you find to be most necessary?

M.N.: I shoot with different cameras but mostly I use a Canon EOS 1ds Mark III. With good lenses it’s amazing quality and it’s so easy to use. You can be very flexible and it’s perfect for daylight shoots.

F.P.: The photographer job takes a lot of efforts, mind work and imagination intension. What are your favorite methods of “reloading”? Do you have any other interests and passions besides your main line?

M.N.: I practice Thai Boxing (Muay Thai) It’s the best! Makes me relax and forget about stress but at the same time it’s so much about focusing. Also I take long walks spending time in my own music video world!

F.P.: Would you, please, share some of your plans for the future? Are there any interesting projects or ideas currently under development?

M.N.: Hard toss exactly what’s going on. I have a quite big project in NY coming up and also I will spend more time in Moscow shooting for Russian clients and also I have a few Stockholm based exhibitions coming up.

F.P.: Your professional tips for the beginners.

M.N.: If you are going to work with fashion you need to realize that you are just a piece of the puzzle. For great pictures you need an even greater team. Find good people to work with — style, models and so on… And when you find the best, stick with them! 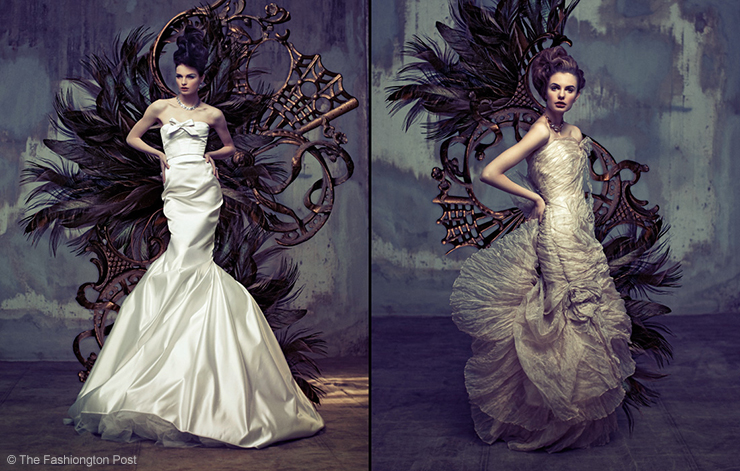 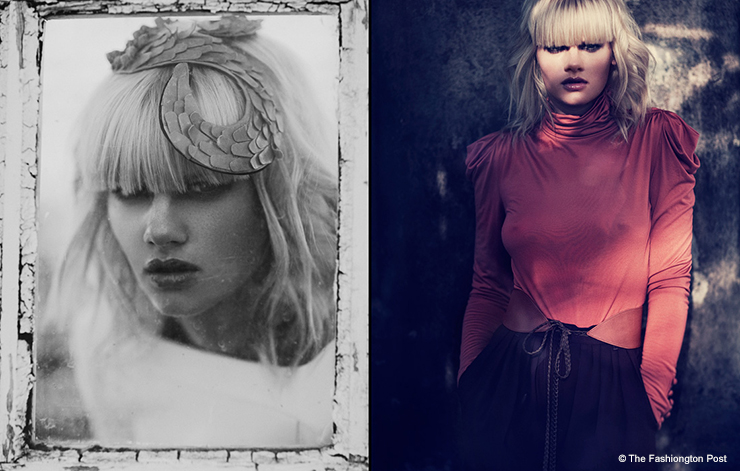