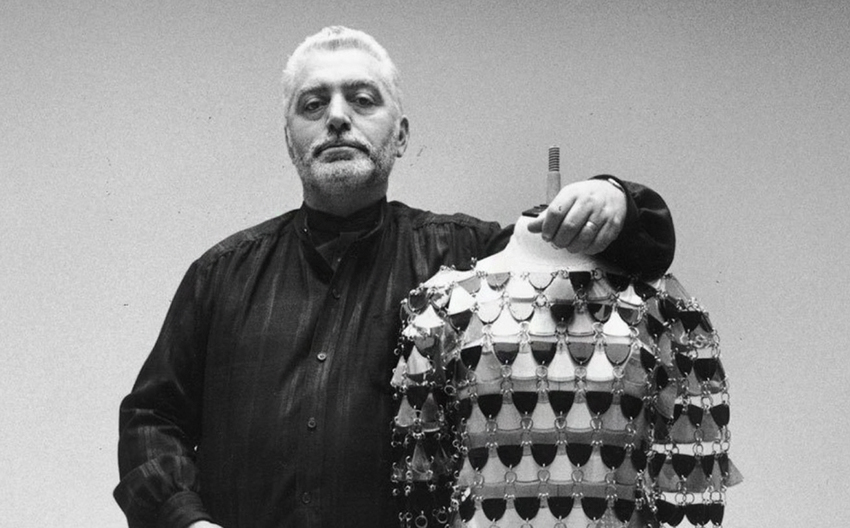 Francisco Rabaneda Cuervo (born on February 18, 1934 in the Basque town of Pasajes), more commonly known under the pseudonym of Paco Rabanne is a Spanish fashion designer who became known in French fashion, and then worldwide.

Paco Rabanne turned the traditional idea of ​​clothing upside down when he presented his first haute couture collection in Paris in 1966 under the name “Twelve Unwearable Dresses”. Arousing interest to new materials and techniques, as well as influencing subsequent generations of designers, Paco Rabanne changed the history of fashion with this one collection. 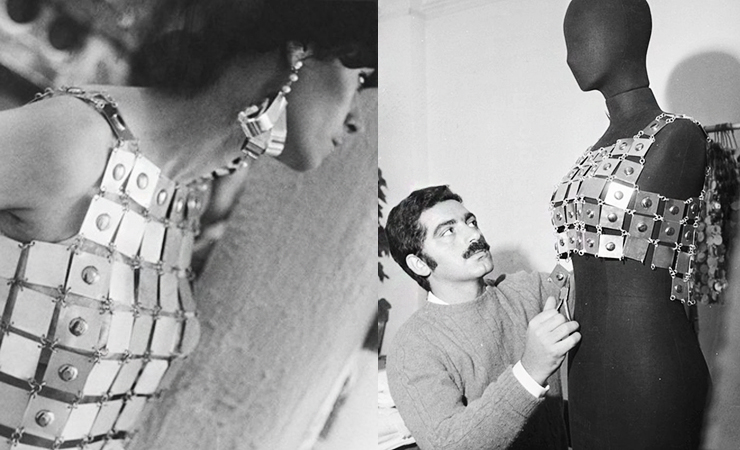 Paco was destined to become a fashion designer. His mother worked as a head dressmaker in the atelier of the Spanish fashion house Balenciaga, located at that time in the city of San Sebastian.

In 1937, after the outbreak of the Spanish Civil War, Balenciaga helped Rabanne’s family to move to Paris, while opening his shop there. 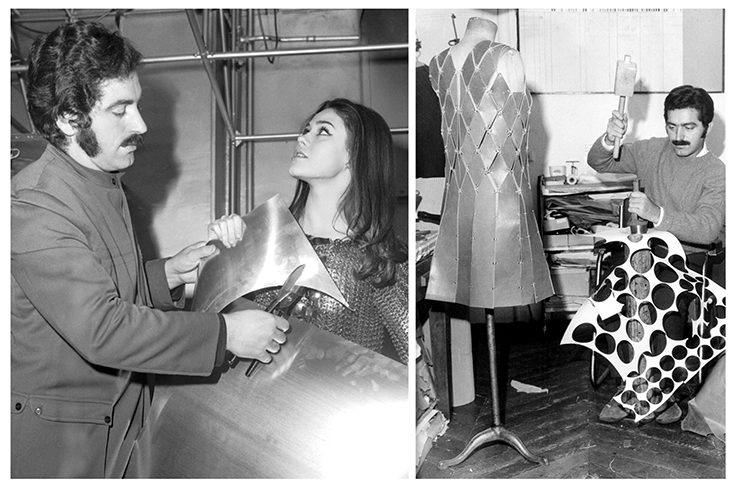 In the mid-1950s, Paco began studying architecture at the National School of Fine Arts (École National des Beaux-Arts). At the same time he earned a living by drawing sketches for Dior and Givenchy, and then took a job at the workshop of Auguste Perret, a leading French specialist in the construction of reinforced concrete. Fascinated by fashion, Rabanne looked for the way to combine his architectural and engineering background with clothing. In the early 1960s, he designed dresses for fashion houses of Givenchy and Nina Ricci. 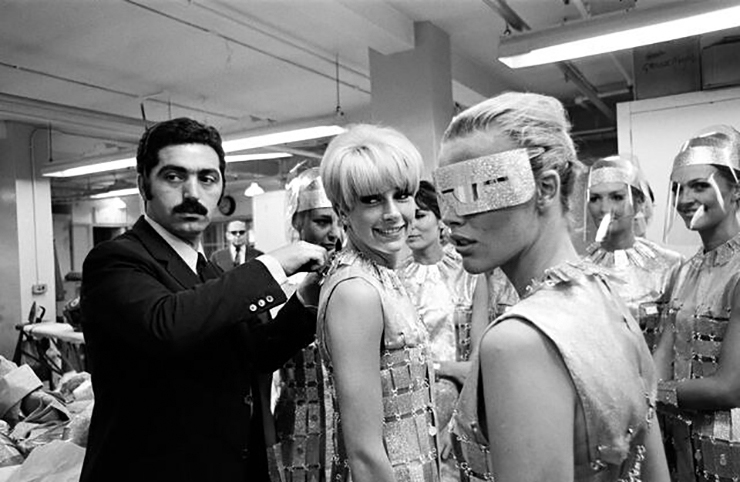 In February 1966, with the release of Paco Rabanne’s legendary first collection “Twelve Unwearable Dresses”, the long-awaited success came to the designer. The collection consisted of evening dresses, swimsuits, accessories, belts, sunglasses, bags, hats, created from lightweight movable plastic disks shaped as cubes, spirals and circles, made in striking colors of orange, red, gold and silver. It seemed that threads and needles were about to become a thing of the past and they would be replaced by a desktop with pliers, wire, a perforator and punches for cutting holes. Many people considered that collection to become the biggest fashion sensation of that generation. A curious fact is that all the dresses even had additional discs and wire rings in case of any damage. 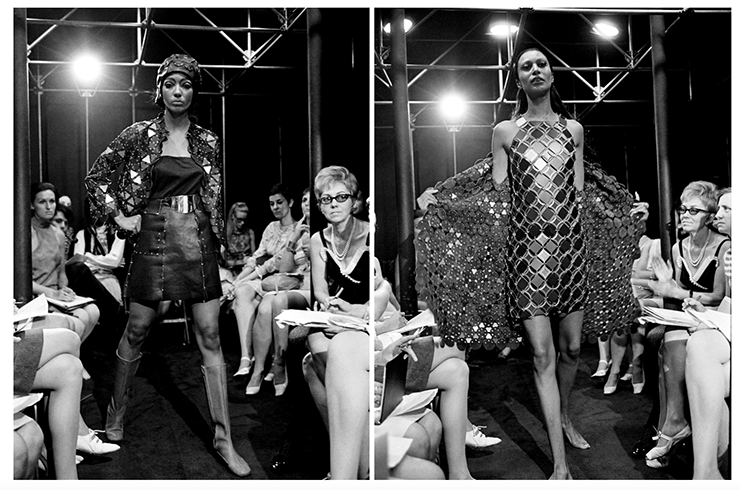 Paco attributed his instant success to product innovation: “My dresses are popular because they are shocking and women who wear them will never go unnoticed.” According to the designer, a woman who worked all day in an elegant suit and flat shoes should become mysterious and feminine again in the evening, and his goal was to give a woman something like a second skin, rustling, iridescent, soft, but angular and flexible. There were materials that no one had ever dared to use in the fashion industry, but Paco Rabanne brought them to life. 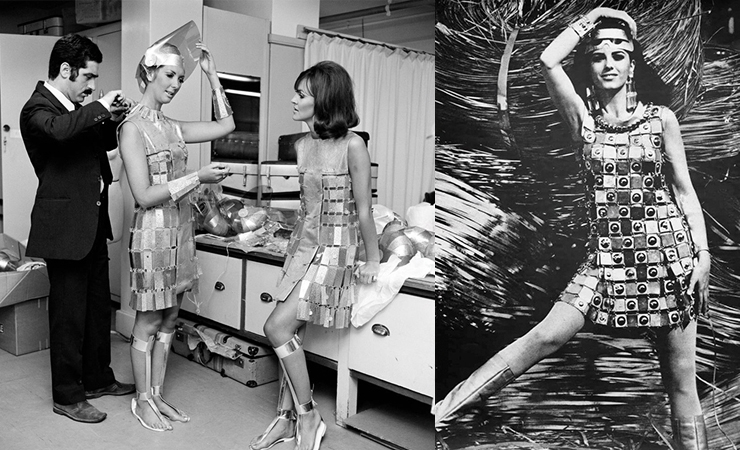 In 1967, the designer founded his own brand Paco Rabanne and presented the next collection, which included dresses and coats made of leather, decorated with rings. He also brought back his first pieces using aluminum rims and triangles. The light tones of his revolutionary plastic outfits, in a combination with silver and brown leather, took on a darker hue. 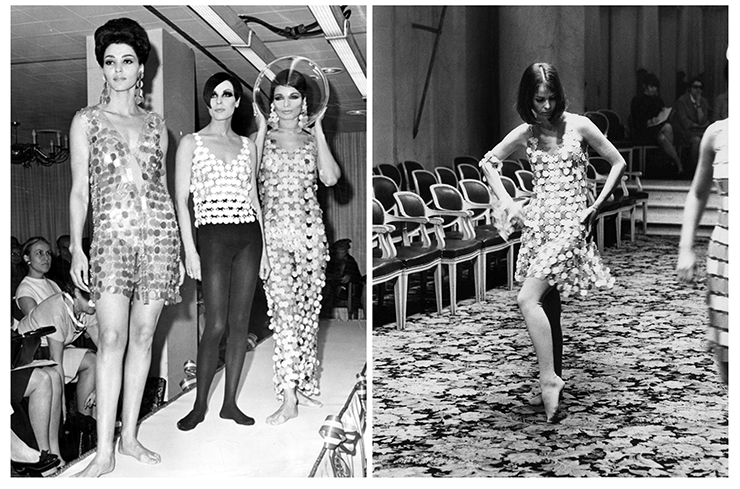 In 1969, Paco launched his first perfume, Calandre, named after the metal grill on the front of a car. The fragrance was meant to be reminiscent of his boutique, filled with metal structures and chairs made from the leather seats of sports cars. The extreme popularity of Calandre marked the beginning of a twenty-year period of incredible popularity of Paco Rabanne fragrances and at the same time a decrease in interest in the brand’s clothing. At that time, his designs, so clearly reminiscent of the 1960s, became completely out of fashion. 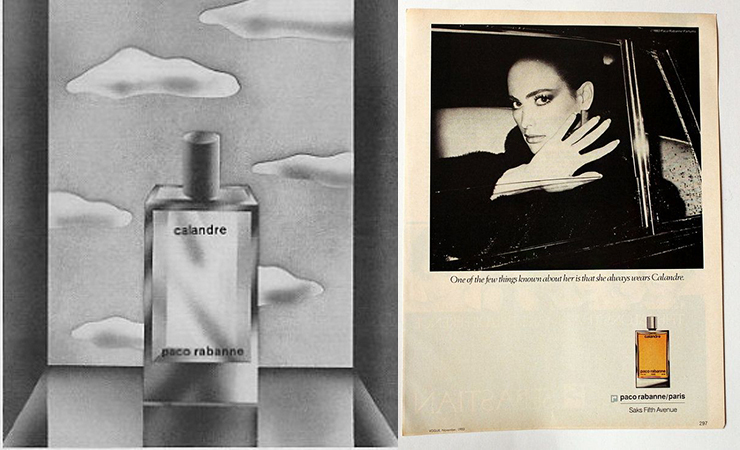 In 1999, the designer published several books, and in the same year he decided to move away from the world of fashion. The Paco Rabanne brand is currently owned by the Spanish fashion concern Puig from Barcelona. 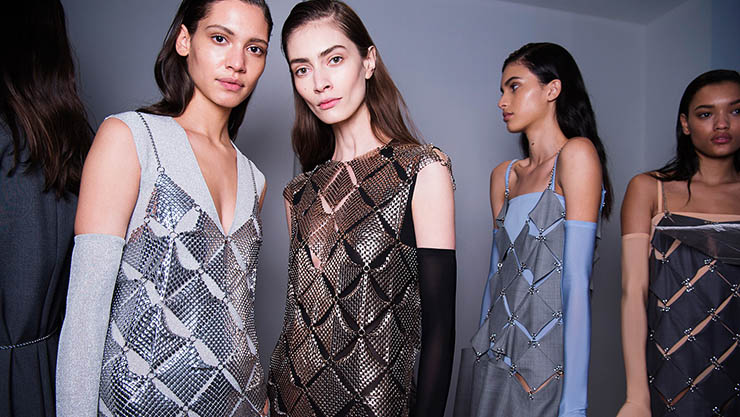