Hubert James Marcel Taffin de Givenchy (20 February 1927 – 10 March 2018) was a French fashion designer who founded the house of Givenchy in 1952. “The last aristocrat in the fashion world”, as admirers called him, because of the prefix “de” preceding his last name, which was obtained by birthright

Hubert was born in Beauvais, France. The great-grandfather of the future couturier, Pierre Adolphe Badin, became famous as a painter, and this apparently is the case when an artistic gift is passed down through a generation. The boy’s father, Marquis Lucien Taffin de Givenchy, had nothing to do with creativity, was an aviator, and died suddenly when his son was still very young. 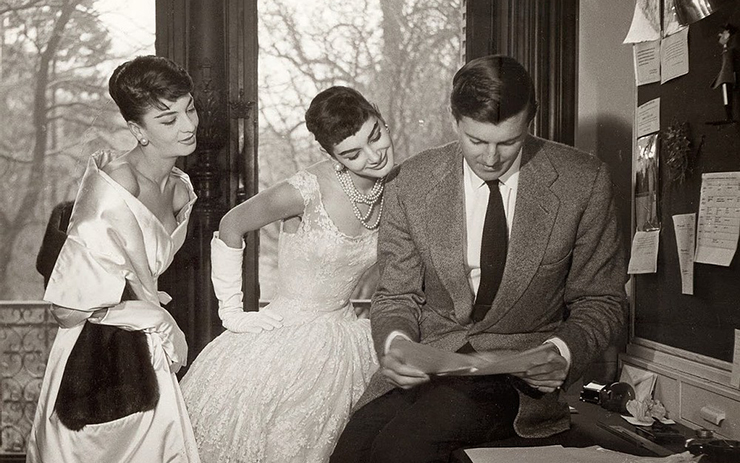 At the age of ten, Hubert attended a French fashion show in Paris. What he saw inspired the boy so much that he decided to become a fashion designer. Hubert’s creative career originated in Paris, where he moved after the war. In 1944, the young man entered the School of Fine Arts, where he was taught by the fashion designer Jacques Fath. In 1946, Givenchy began working with Robert Piguet, and from 1947 with Lucien Lelong and Elsa Schiaparelli. 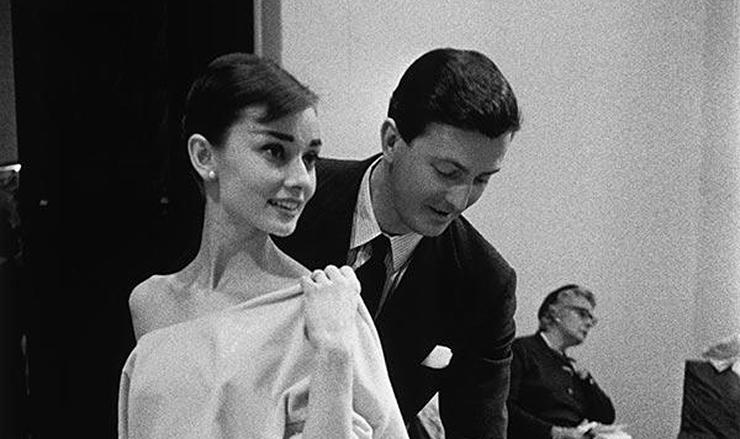 At some point, Hubert came up with the idea to open his own fashion house, which he did with the help of his family capital. In 1952, “Givenchy” opened its doors to the first customers. The founder of the fashion house, which would later become one of the most famous in the world, was only 25 years old at that time. Givenchy became the youngest couturier in Paris, and the model Bettina Graziani was chosen by him as the face of the brand. Critics noted that Hubert managed not only to take the best from his teachers, but also to bring his own ‘zest’ to the collection at an early stage. 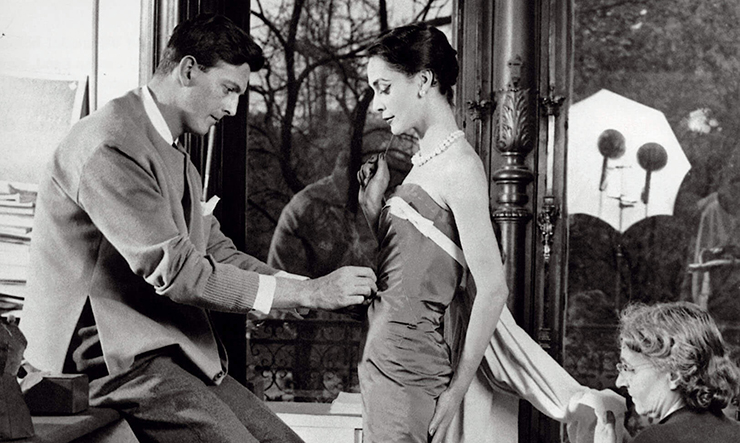 In 1953, Hubert met his idol, the Spanish couturier Cristóbal Balenciaga, who eventually became his teacher and close friend for many years. Both of them had a similar mindset, and often thought the same way. Givenchy was one of the first to support Cristóbal in the decision to exclude journalists from fashion shows. This was done in order not to allow the press to influence the opinion of potential buyers.

In the same year, another fateful meeting took place, which influenced the next 39 years of Givenchy’s life. In Paris, which became the second home for Givenchy, he met the actress Audrey Hepburn. The girl has been choosing her outfits for filming in “Sabina”. As a result, the motion picture, which won the Oscar for Best Costumes, featured several Givenchy dresses. The statuette was given to the main dresser of the movie, Edith Head, and Givenchy’s name was not even mentioned in the credits. 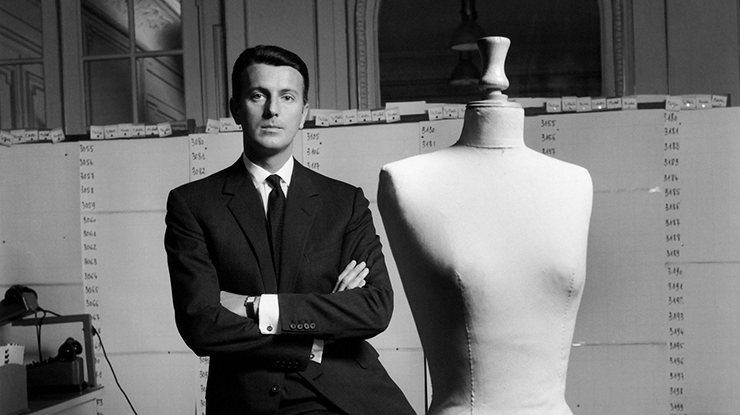 In 1961, the movie “Breakfast at Tiffany’s” starring Hepburn has been released. Audrey later called it as her ‘signature role’, and there were also outfits created by Hubert. The main one was a black evening dress, which was harmoniously complemented by long gloves and a diadem. In 2006, the dress from this movie was put up for auction and got sold for almost a million dollars. Audrey wore outfits from her favorite couturier in several movies after that as well, including “Charada” (1963) and “How to Steal a Million” (1966).

Hubert considered Hepburn one of his favorite muses, and Audrey reciprocated. The actress wore dresses from Givenchy not only in the movies, but also in everyday life. Another famous woman who embodied the style of the fashion house was Jacqueline Kennedy — the first lady of the United States in 1961-1963. 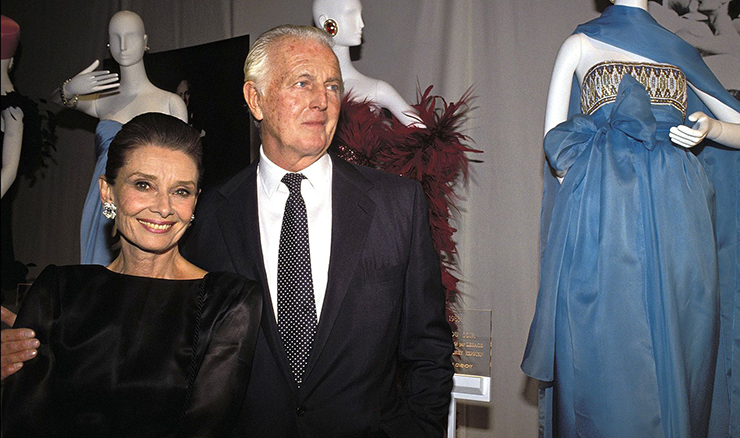 In 1957, Givenchy created his first perfume, L’Interdit. For seven years this perfume did not go on sale and was only used by the one to whom it had been dedicated — Audrey Hepburn. 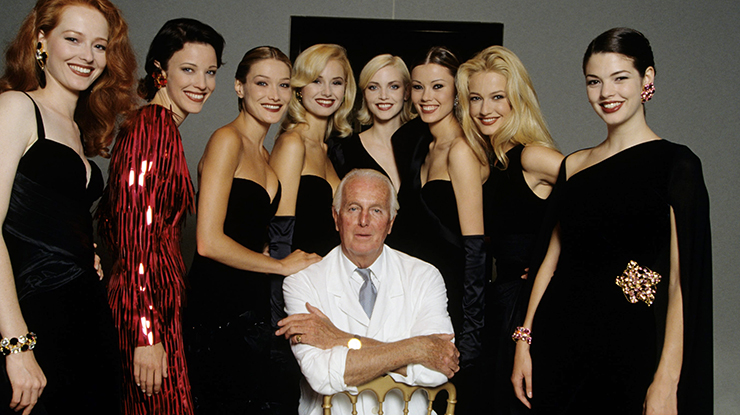 In 1995, Givenchy announced that he was leaving his post at the fashion house and retiring. 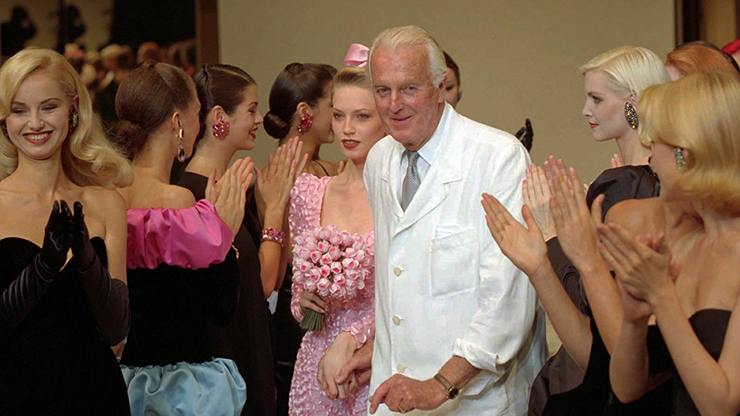 In the last years of his life, Hubert helped organize an exhibition dedicated to his friend Balenciaga, and took part in the restoration of the Gardens of Versailles.

On March 10, 2018, the world media reported that the famous fashion designer had passed away. He died peacefully at the age of 91 at his estate in Beauvais. 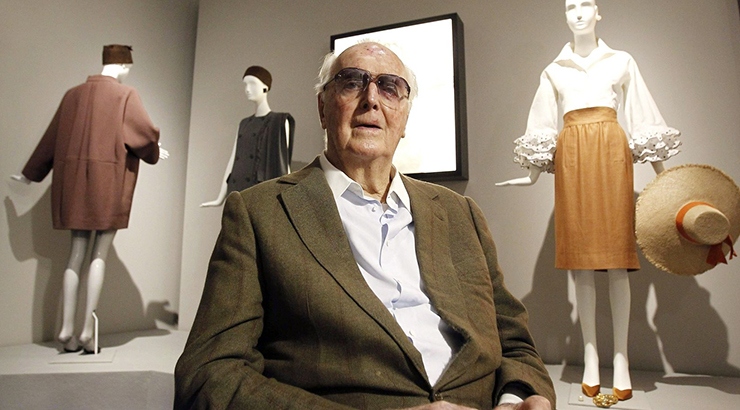 Givenchy always carefully concealed his private life from public, and according to open sources, he did not have an official wife and children.