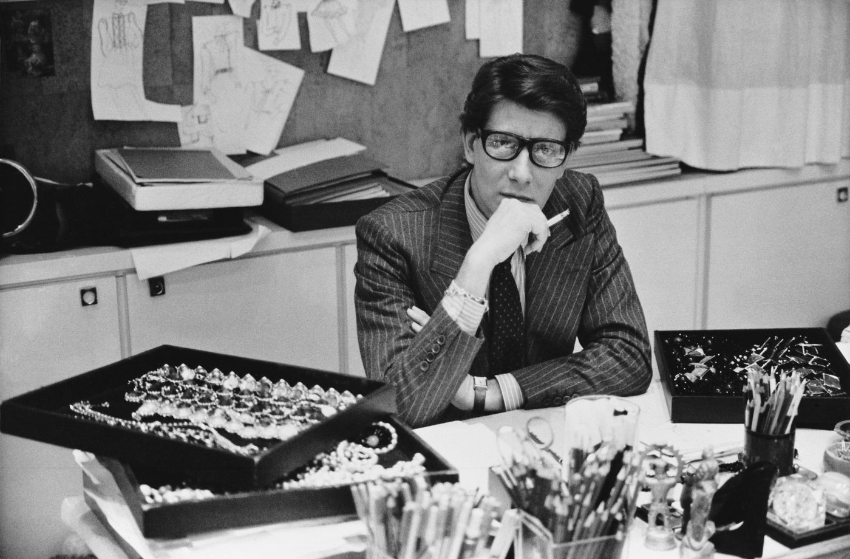 Yves Henri Donat Mathieu-Saint-Laurent, more known as Yves Saint-Laurent, was born on the 1st of August of 1936 in a wealthy aristocratic family in Oran, French Algeria. Mother strongly encourages her son’s penchant for drawing and design, and after Yves finishes school, the family moves to Paris. 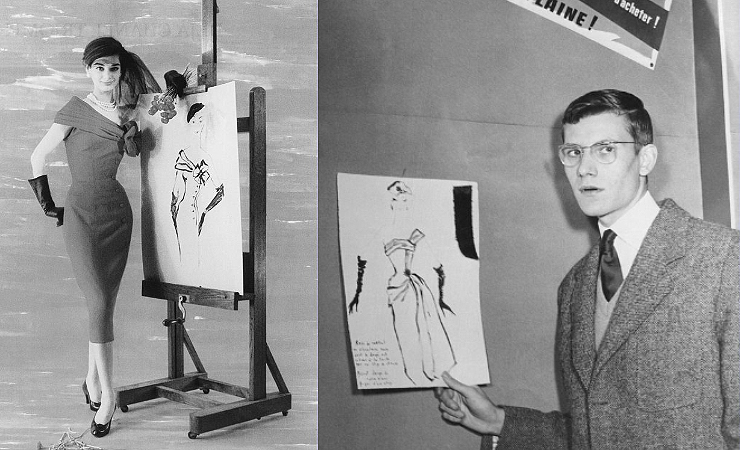 At the age of 17, Yves takes part in a competition for young designers, where he shares the first prize in the nomination “evening dress” with young Karl Lagerfeld. And yet, following the results of the competition, Saint Laurent is ahead. Michel de Brunhoff, the editor-in-chief at Vogue Paris, draws attention to his sketches. As a result, the magazine publishes several drawings, and the young designer’s popularity grows accordingly. Shortly after the publication of the sketches, Saint Laurent meets with the great couturier Christian Dior. 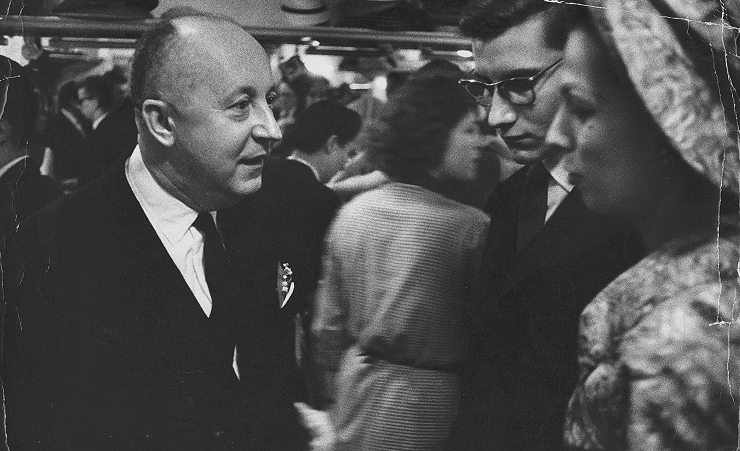 In 1955, Saint Laurent becomes an assistant to the head of Dior which was the most famous French fashion house at that time. After a sudden death of Christian Dior in 1957, investors make a bold decision, inviting Saint Laurent to succeed the celebrated master. 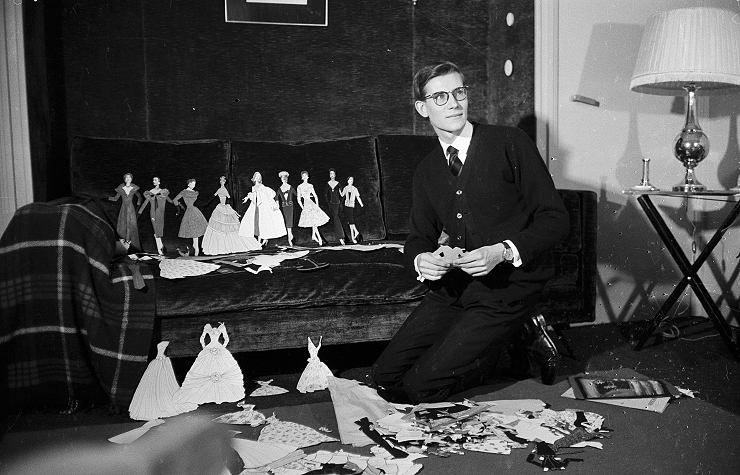 The first collection by Saint Laurent in 1958 brings a resounding success to the House of Dior. On the eve of the show, everyone believed that the new head designer would inherit the style of its predecessor, who used to create feminine collections with fitted magnificent silhouettes. But instead, Yves Saint Laurent presented to the public short trapeze dresses which later turned out to be a completely different trend in fashion. Until that time, all Dior collections had smooth, rounded outlines and were designed mostly for women with the already formed and mature beauty. Saint Laurent’s defile showed the spirit of youth, which could be clearly felt, his products stood out for their sharp lines and unaccustomed proportions. 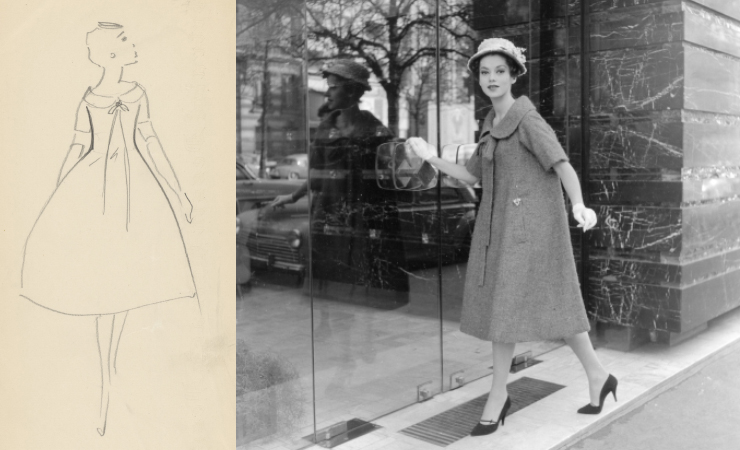 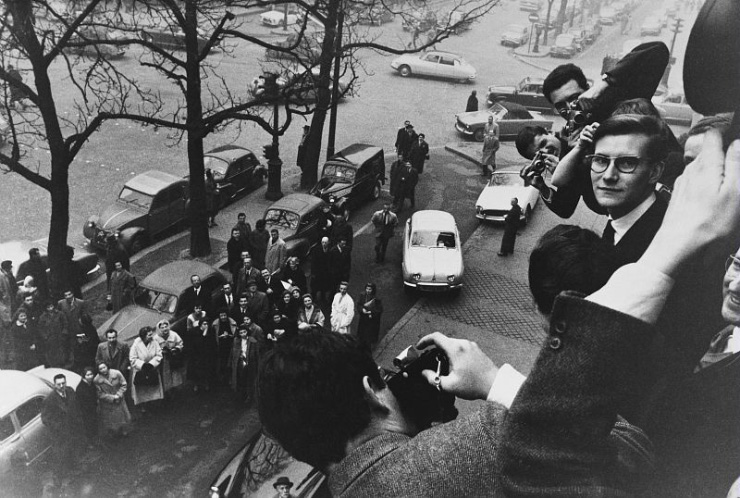 In 1960, Saint Laurent creates a new collection “Beatnik”, presenting short motorcycle jackets and suits within it, accompanied by the turtlenecks instead of shirts under them. The ideas of the young couturier seemed too avant-garde to the investors of Dior, so they announced a reorganization of the House, and invited another talented designer, Marc Bohan, to substitute Saint Laurent. Pierre Bergé, being a close friend of Saint Laurent, helps him to cope with a nervous breakdown, improve his affairs, and file a lawsuit against investors for premature termination of the contract. 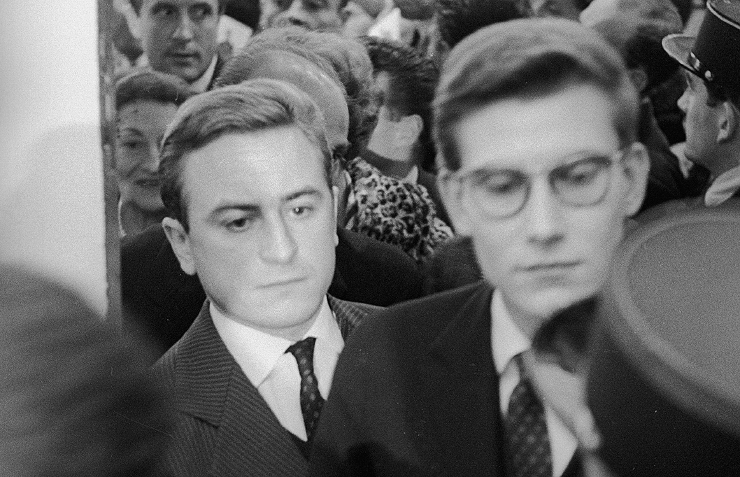 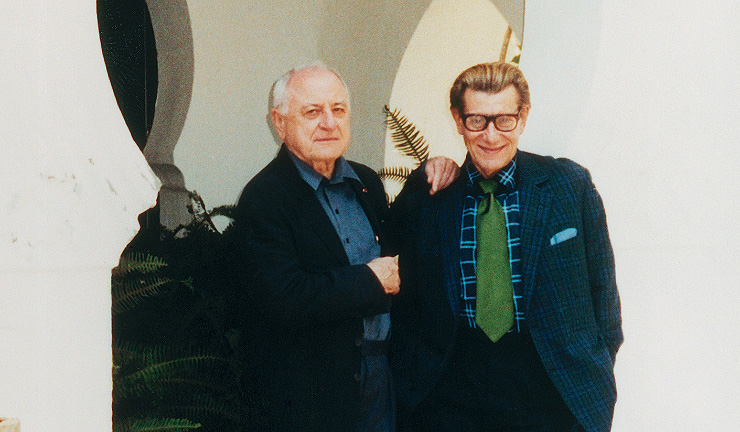 In 1962, with the money compensation received as a result of their lawsuit with Dior, Saint Laurent and Bergé open their own fashion house “Yves Saint Laurent”, with the logo in a form of the three gilded letters — YSL. The very first collection from Yves Saint Laurent, shown that year, creates him a reputation of an anarchist in fashion. The designer brings to the runway a model in a double-breasted suit, which until then was considered the privilege of the men only. Saint Laurent is the first to present a woman in a cropped trench coat, as well as in transparent blouses. 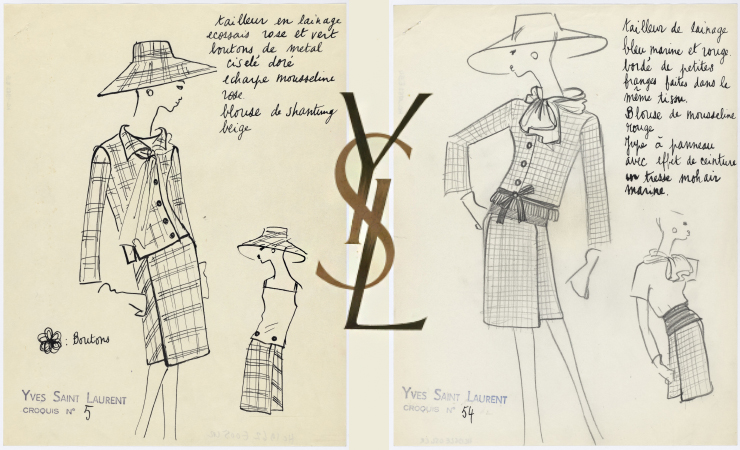 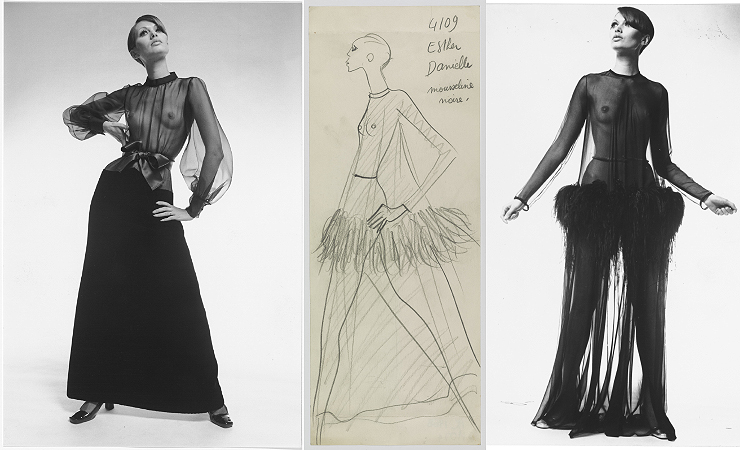 In the midst of the Vietnam War, Saint Laurent draws inspiration from the works of Picasso, Van Gogh, Warhol, and himself creates an atmosphere of provocation and outrageousness around him. In 1971, the couturier becomes a model for the advertising campaign of the men’s perfume ‘Yves Saint Laurent Pour Homme’, where he poses completely naked.

In 1993, Saint Laurent sells his fashion house to the pharmaceuticals company giant “Sanofi” for 600 million dollars. As a result of the stock market crisis, Yves Saint Laurent loses many investors and decides to stop producing ready-made collections, engaging only in high fashion. He created the haute couture collections up until 2002. 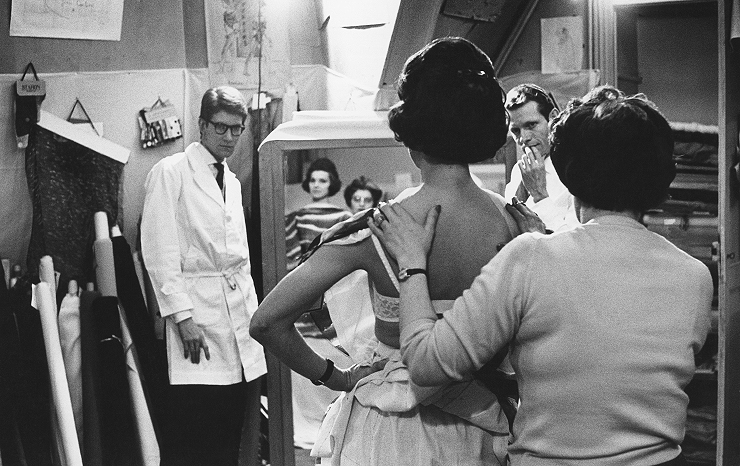 In 1999, the fashion house Yves Saint Laurent was sold again, this time to Gucci, with Tom Ford becoming a new creative director of YSL. The brand took a quick start, occupying privileged positions among the brands with a high reputation.

In 2002, Yves Saint Laurent declares his retirement. He organizes a farewell show in a form of a retrospective defile at Centre Pompidou. The final chord of the show was the appearance on the podium of the couturier with his longtime muse — Catherine Deneuve, who performed a song for him. When coming out for the final bow, Saint Laurent cannot hold back tears. The couturier leaves his fashion house, but the brand continues to exist. 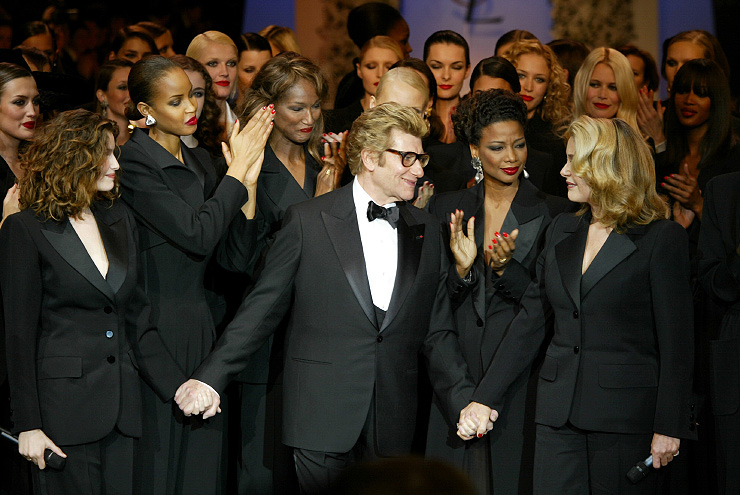 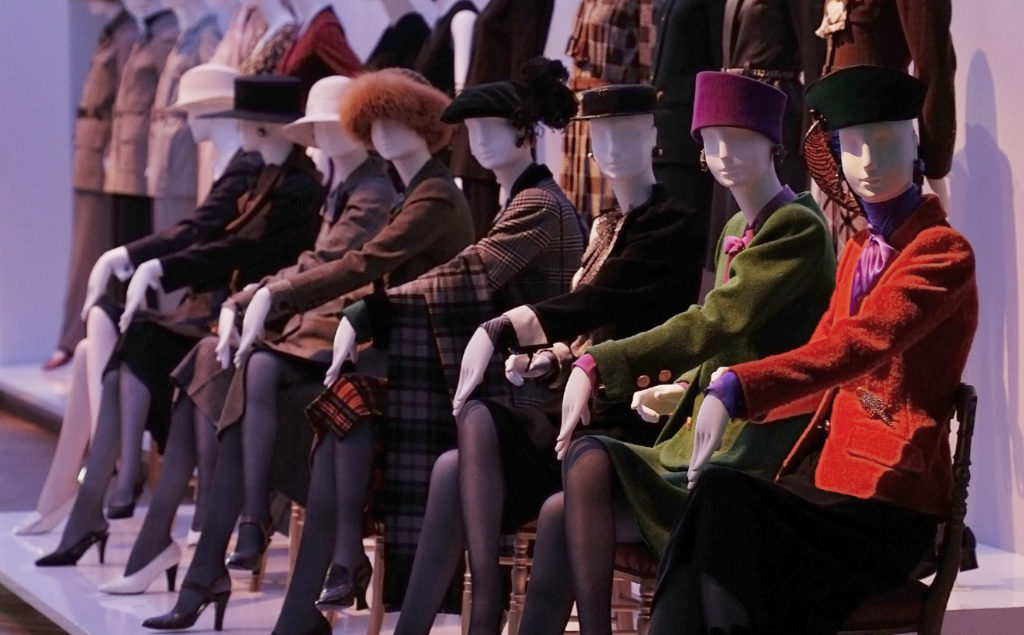 In 2004, an Italian designer Stefano Pilati becomes the new head designer of YSL. Unlike Tom Ford, Pilati does not try to copy what the couturier did, but he remains committed to the culture of Yves Saint Laurent, which proclaimed luxury as an integral part of life.

The last days of his life, Yves spends in solitude at his villa Majorelle in Marrakech. Undermined by nervous stresses and drugs, his health gets deteriorated, and in 2008 Yves is forced to return to Paris to undergo treatment in one of the clinics. Soon after that, Saint Laurent dies on June 1 of 2008 at the age of 71 years old. His ashes, according to the will, have been scattered over the garden of the villa Majorelle, which he loved. 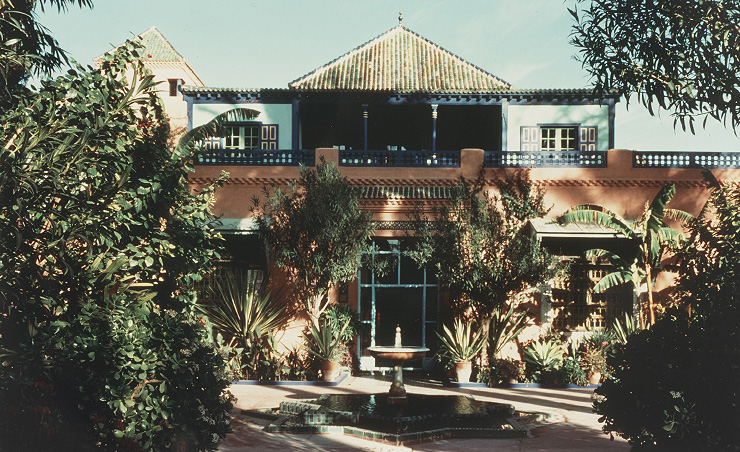 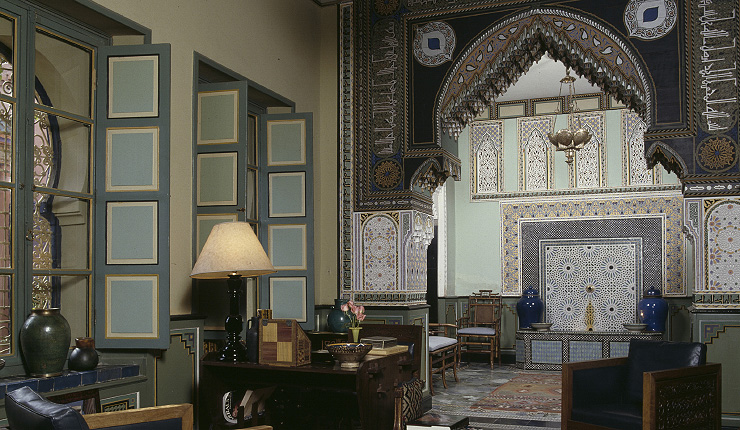 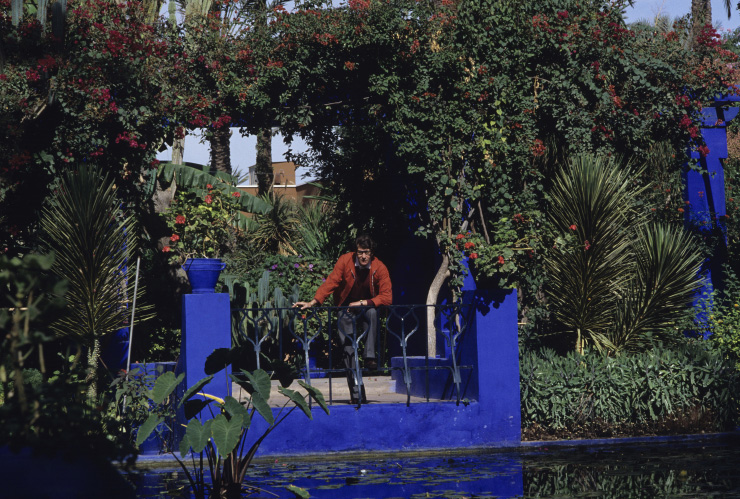