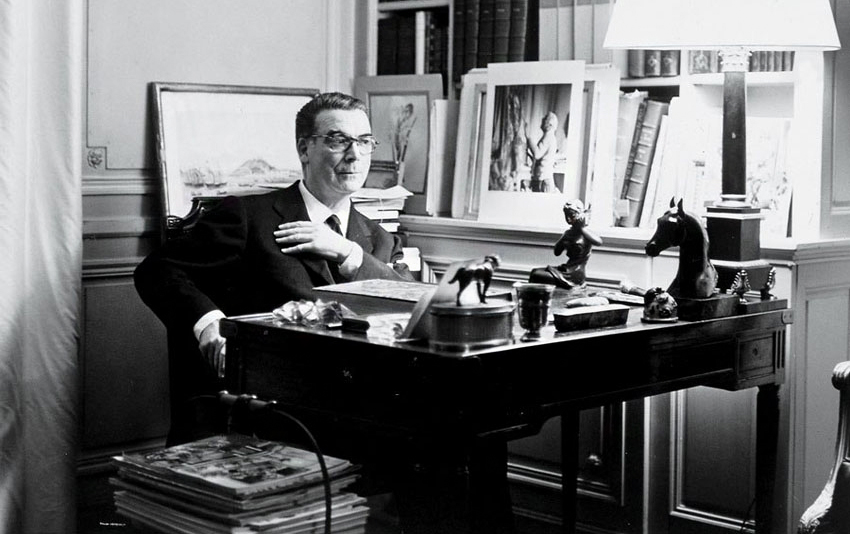 Cristóbal Balenciaga (21 January 1895 – 23 March 1972) was a Spanish fashion designer and the founder of Balenciaga fashion house. He had a reputation as a couturier of uncompromising standards and was referred to as “the master of us all” by Christian Dior and as “the only couturier in the truest sense of the word” by Coco Chanel. Due to perfection of lines, restraint and impeccable elegant cut, Cristobal’s outfits were compared with works of art. 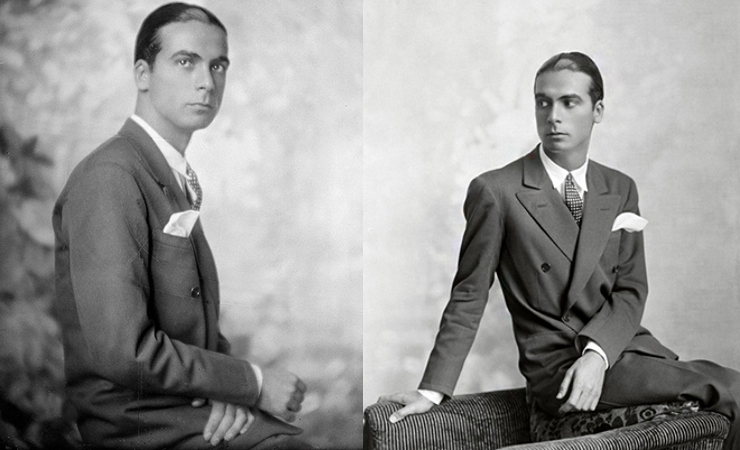 Cristobal was born in a coastal town of Getaria which is in the north of Spain. His father, Jose, was a fisherman, and his mother, Martina, worked as a seamstress. At the age of 12, Cristobal began to help his mother in making patterns and sewing clothes. Martina’s clients often included wealthy ladies, and young Balenciaga always looked with an interest and admiration at their luxurious clothes. Every summer, the Marquise de Casa Torres used to arrive to her villa in Getaria and ordered there some clothes. At one of the meetings with the Marquise, Balenciaga stated that if he had the same fabric as the one from which her elegant suit was made, he would have sewn no worse. The boy also made several judgments about her style and manner of dressing. Having examined talent in Cristobal, the Marquise took patronage over him.

In 1907, the Marquise sends Cristobal to San Sebastián for an internship in the best atelier of the city.

In 1911, Balenciaga starts working as a tailor in the branch of the Parisian department store Les Grands Magasins du Louvre. The trip and other expenses are also covered by the Marquise de Casa Torres. In just two years, Cristobal becomes the head of the sewing department of women’s clothing. 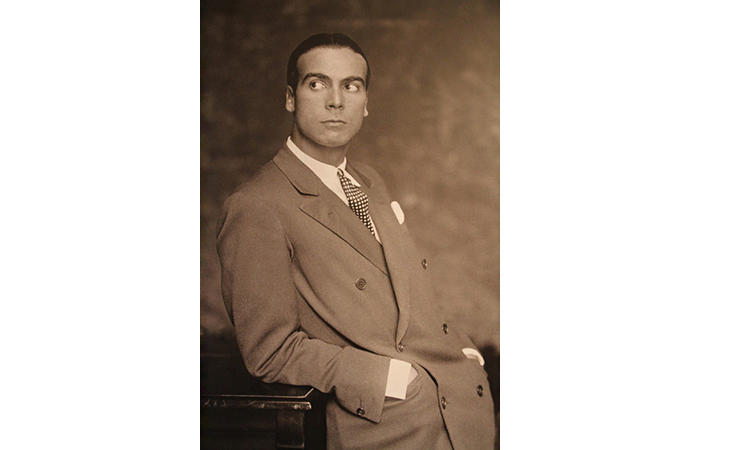 In 1914, Cristobal moves to Bordeaux where begins to work at his friends’ atelier.

In 1917, at the age of 22, Cristobal Balenciaga opens his own fashion house in San Sebastian.

In 1924, Cristobal decides to separate from his partners and conduct business independently. As a result, the name of the fashion house changes its name to Cristóbal Balenciaga. During those times, the name of Cristobal is already known throughout Spain. Royal families becoming his clients. Balenciaga creates custom-made clothes for Queen María Cristina de Borbón and her daughter.

Balenciaga regularly travels to Paris, where he observes the work of his French colleagues and gets inspiration from. Cristobal took a special approach to the creation of his designs of the dresses, as well as studied architecture in order to transfer its laws into the process of an outfit creation. Balenciaga worked with coarse fabrics which made possible to create almost any form, so many of his models resembled sculptural elements.

In 1931, due to a civil war in Spain, the significant part of the upper world was exiled. Balenciaga looses the majority of his customers. To attract new ones, he opens another studio for the middle class called BE Costura.

In 1936, due to the war, Balenciaga is forced to leave his native country, suspend the activities of his fashion houses in San Sebastián, Madrid and Barcelona, and moves to Paris.

In 1937, Cristobal Balenciaga opens the fashion house of Balenciaga in Paris. In the summer of the same year, the designer introduces his first haute couture collection. Exquisite and refined work of the fashion designer was highly appreciated by critics and fashion magazines. Cristobal dazzles the public with an elaborate stylization on the theme of a historical costume. The perfection and elegance of the dresses was emphasized by huge shuttlecocks, plumes and draperies.

In 1939, Balenciaga introduced the “Infanta” collection inspired by Diego Velázquez and his paintings under the same name. The work brings the fashion designer the worldwide success. The collection is created from velvet and satin, decorated with lace appliqués. The designer complements the evening dresses with a mantilla, a national Spanish scarf-veil, which is worn over a high hairstyle. With the release of this collection, Cristobal gets new clients in the person of Barbara Hutton, Gloria Guinness, Pauline de Rothschild, Princess of Windsor, movie stars Marlene Dietrich, Ingrid Bergman and others.

Despite the difficult situation in the country during the war, Balenciaga continues to create luxurious outfits, not wanting to save on the quantity and price of fabrics. Some clients specially come to occupied Paris from other countries just to order one of his perfect couture dresses.

After the war, Balenciaga becomes the number one Parisian fashion designer. From season to season, the couturier presents incredibly feminine outfits of impeccable cut. Accurate silhouettes decorated with jewelry made Cristobal famous throughout the world. Each collection of the fashion house had one or two models made by Balenciaga himself from beginning to end. All elements of the dress were perfectly tailored, so the collar and sleeves would not lose their perfection when moving. Before the actual work started, Cristobal already knew how much material would be needed for a future outfit. The fabric for the model was ordered to the nearest centimeter.

In the 1950s Cristobal Balenciaga’s boutique becomes the most expensive in Paris. His outfits are worn by Jacqueline Kennedy, Elizabeth Taylor, Grace Kelly and others. Every year, the fashion designer creates about 200-300 outfits which are immediately sold out. None of Cristobal’s clients ever received discounts. When ordering one model or a hundred dresses, women always paid the full price for their outfits. The couturier has always approached the creation of a new model with particular scrupulousness. Once Balenciaga saw his assistant packing a dress and noticed the sleeve of the outfit was incorrectly tailored, so he stopped it immediately and began to alter it.

In 1954, Balenciaga creates a straight I-silhouette. Together with that, he invented such innovative pieces as collarless blouses, a hat-cap, jackets with voluminous backs, dresses with a high waist, front-closed dresses with a low neck, tunic dresses, balloon skirts, voluminous capes with large hoods, etc. Another innovative idea of Balenciaga was to shorten the sleeves of the dress, so the ladies would be able to decorate their wrists with bracelets.

In 1957, Cristobal Balenciaga forbids journalists to attend his runway shows. The designer explains it by the reluctance that the press impose an opinion on the buyer. While Christian Dior and Hubert de Givenchy appeared in public accompanied by celebrities, Cristobal led a reclusive lifestyle. At the end of the fashion show, the couturier never went out to the runway, watching the reaction of the audience from behind the curtains.

Throughout the career, he was repeatedly offered to sell licenses for the replication of his dresses for ready-to-wear. In an interview with one of the fashion magazines, he said: “What else can I buy with this money? I already have a car, and I have too many houses”.

In 1959, one of Balenciaga’s boutiques was featured in the episodes of Erich Maria Remarque’s story called “Borrowed Life”, where the main character comes to the boutique and buys five chic outfits, spending all her savings on them.

The 60s bring disappointment to Balenciaga due to the fact that high fashion started to lose its positions in favor of ready-to-wear clothes. However, going with the flow, Cristobal decides to give it a chance and allow American clothing manufacturers to make copies of his models. 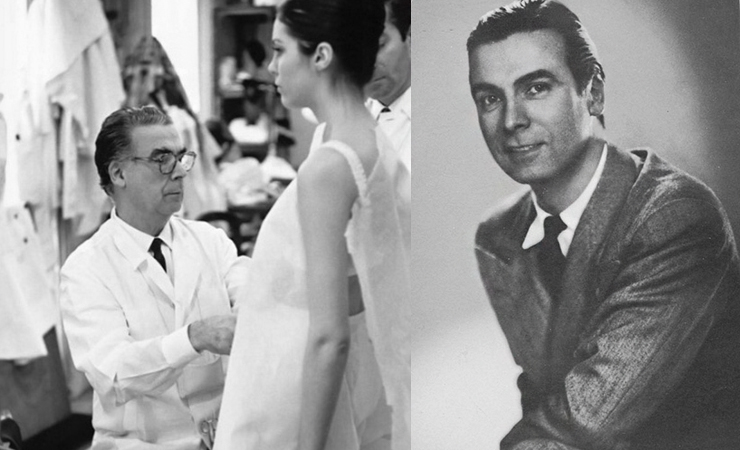 In 1968, Cristobal makes a trip to the United States, where he visits a clothing factory in New Jersey and studies all the stages of the production of the ready-to-wear clothes. At that very moment he realizes that he does not want to entrust his exquisite outfits to machine production. Fashion designer has a radical decision to close his studio and returns to Spain. As the main source of Cristobal’s income at that time were the funds from issuing licenses for the production of Balenciaga’s perfume line.

On March 24 in 1971, the great couturier Cristobal Balenciaga died at his villa at Xàbia, Spain. He was buried at a small cemetery in Getaria, his hometown.

Fashion house after the death of its founder