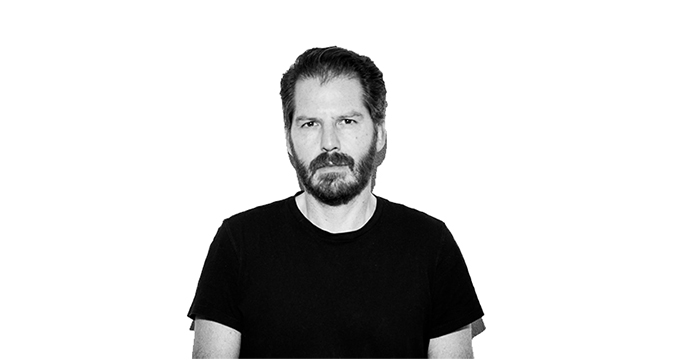 Notable fashion photographer featured in “America’s Next Top Model”, which is a popular reality television show in the USA. His works can often be seen on the pages of Harper’s Bazaar, Dutch Glamour, French Marie Claire, German Amica, Nylon, Oyster, InStyle and many other fashion magazines. 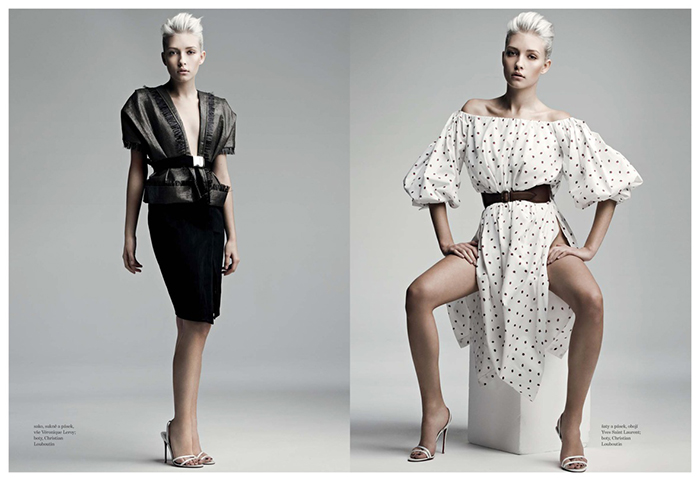 The Fashiongton Post: Where did you learn photography, how long have you been a fashion photographer and how did you get into it?

Patrick Katzman: As a child on all the family holidays etc. my father was always shooting with an Olympus OM1. I took my first photography class in high school and loved developing and printing my own work. I remember the teacher being impressed with my work, but never thought of it as a profession. After high school I moved to Santa Barbara. There I met two guys from Hawaii who were semi professional surfers. I started shooting them in competition and sending it to their sponsors. After for 3 years I traveled to Hawaii in summer time and winter time and up and down the California coast to shoot all the professional competitions. I had a bunch of Images published, one of which was a double page Advertising for Quicksilver with World Champion Kelly Slater at Backdoor Pipeline. By then I was hooked and new photo- graphy was what I wanted to do. Since I was already living in Santa Barbara, I went to Brooks Institute of Photography. They have an excellent technical program, teaching you everything from the zone system, developing, printing, and most important, seeing light. But I only stayed a year as I was eager to get out in the world and do some assisting. I moved back to LA and assisted all sorts of photographers. From food to fashion, cars, sports, everything! I was really into sports photography at the time, I guess from Surfing. But I saw there was a creative side to Fashion that I thought was quite interesting. With some push from my father to get a degree in something, I attended Art Center College of Design in LA. Again an excellent school. Much different from Brooks as Brooks was all about photography, Art Center was much more artistic. Taking classes in Design, Illustration and most importantly being surrounded by other students who were majoring in other forms of art. A good friend I met there was studying film and tried to persuade to change to the film program. I was intrigued, but didn’t want to give up photography completely, so i had a meeting with the head of the photography and film department and asked if I could split the two and start a Director of Photography program. They said the needed a semester to discuss this, so I decided to take the semester off and do some more assisting in LA. Coincidently on the same day, I assisted a French photographer who had been living in NY for already ten years, and that evening I met a french girl. He offered me to assist him for a few months in Europe and she wanted me to live with her. So, I packed my bags and moved to Paris.

F.P.: How do you publicize yourself and get work?

P.K.: You have to spend a lot of time on the phone or in front of the computer. Meeting new people, staying in contact with the ones you met or the ones you worked with. Sending out your website, etc.. But with that said, the best is just to shoot as much as you can for various magazines you like. When the work is published and someone likes it, it’s easy now with the internet that they can find you and contact you for other assisgnments.

F.P.: How did you get on the reality show “America’s Next Top Model”? Did they knock to your door themselves or “It is not so much who you are, but who you know”?

P.K.: They offered it to the photographer who I came to Paris with. But he was living in NY at the time and couldn’t be bothered to fly to Paris just for that, so he passed it on to me.

F.P.: Which publications have your photos have appeared in and what were the assignments?

F.P.: What types of fashion assignment do you enjoy most and why?

P.K.: It’s great when you can work on the identity of the girl and putting that together with the location and the cloths. I think that’s why I prefer shooting on location as opposed to studio. I like using the environment mostly out of focus in the background to help compliment the story.

F.P.: What was the first magazine cover you shot and how did you get that assignment?

P.K.: I was shooting the shopping pages for German Marie Сlaire. The new editor loved my work, so she used one of the images for the cover. The next month I shot Heidi Klum for the cover.

F.P.: What are the special qualities required of a fashion photographer?

P.K.: You have to stay focused on what it is you wanna say with your photos and try not to be too influenced by others. So many people in Fashion are taking references from other fashion magazines, or straight out asking you to do the exact same thing. I think the best is to search deep inside yourself and think about who you are, where your from, etc… and then most importantly what you want to get out of each job. Then you stay focused and are not so much corrupted by the influence of other people and images.

F.P.: What did you do for living before becoming a fashion photographer?

P.K.: I was a student! I had many odd jobs here and there, but was lucky enough to have a father that supported my schooling and the start of my career. Thanks pops!!

F.P.: How much work do you do in the studio as compared to on location? Which do you prefer and why?

P.K.: Again, as I mentioned before. It really depends on the story and the clothes. I prefer shooting on location, but sometimes you need a clean studio or background to really make the clothes and the character stand out!

F.P.: Are there any negative aspects to the job?

P.K.: Too many to list! The biggest one now since digital took over, is that you are constantly in front of the computer. I miss the days of shooting more jobs on film, dropping it at the lab, waiting for it to be developed. Working with a printer etc…

F.P.: What model you would like to shoot but haven’t had an opportunity yet?

P.K.: There are so many nice models out there, its hard to say. I love the look of Daria or Laura. But I have always been a big fan of Kate. She would be my first pick.

F.P.: Who is your favorite fashion clothes designer?

P.K.: The luxury chic of YSL and the simplicity of Calvin Klein.

F.P.: What fashion photographers made an influence on you?

F.P.: Have you been studying at any photography school or you have been an assistant to already known photographer or totally self-taught?

P.K.: I think art school is a great experience, but they are so expensive. I would advise some to work there way up to first assistant of a photographer they like and get the experience there.

F.P.: What camera and lenses do you use? Would you recommend them, and if so why?

P.K.: My favorite camera was the Pentax 67. But after living in Paris, there is so much studio work, I started shooting with the Mamiya 67. Then when digital came around, I was using the Hasselblad HD1, 2 and 3. Now I am shooting mostly with the Canon 5D Mark II. It is an amazing camera especially for the price and it has excellent film possibilities.

F.P.: Do you use mainly film or digital and which do you prefer?

P.K.: I use mostly digital for all my jobs, and sometimes film for personal work. If I could I would only shoot film. Respect to all the photographers who still do it!

F.P.: What was your first camera and the first photoshoot you did?

P.K.: I shot a lot with my dad’s Olympus OM1. I am sure it was some school assignments, but after it was mostly surfing.

F.P.: Nowadays, it’s so easy to show your work on-line. Why do you think it is worth showing your work in-person?

P.K.: To show the quality of you work. It’s easy to make things look nice on a rear protected screen, but it is when you show original prints that you see the true quality.

F.P.: What’s the most spectacular place you’ve ever been?

P.K.: North Shore of Oahu during the winter season with 60 foot waves is pretty amazing.. I have been fortunate to travel as a kid and now so much for work. There are so many amazing places to see and I am far from finished!

F.P.: What is the best way to find work as a fashion photographer?

P.K.: Stay determined and be persistent, but not annoying. It’s important to show people how focused and professional you are.. Find people you want to work with. Contact them through email and give them your website. Then follow up with a phone call or another email. 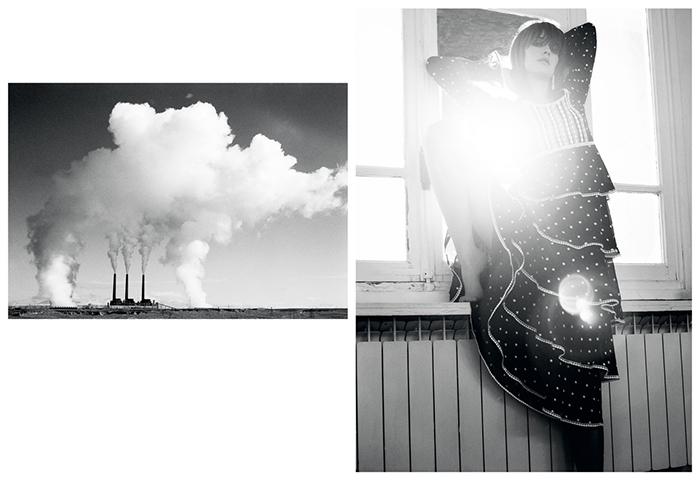 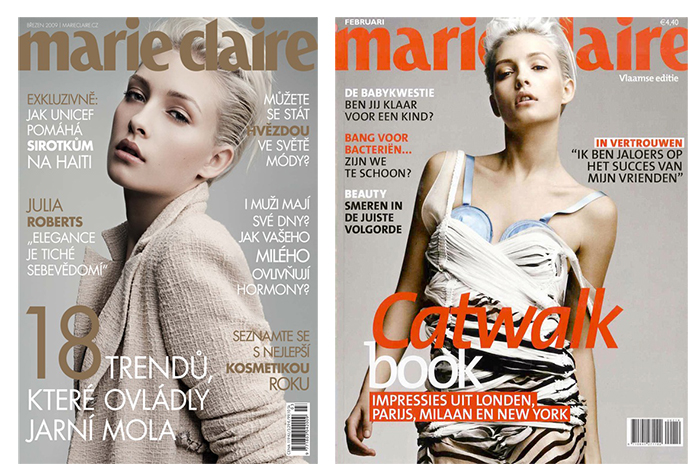 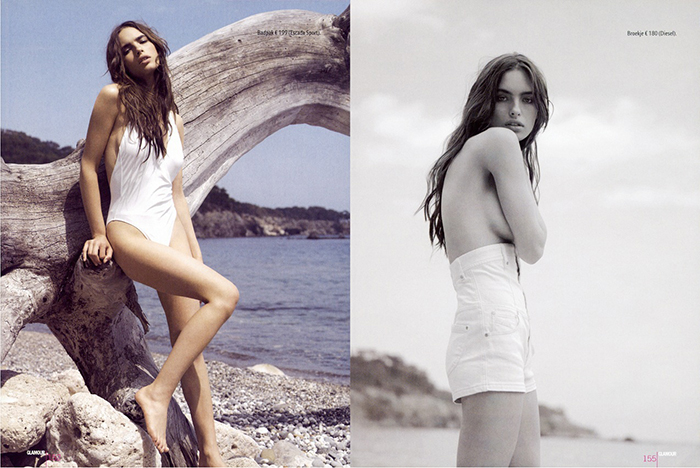 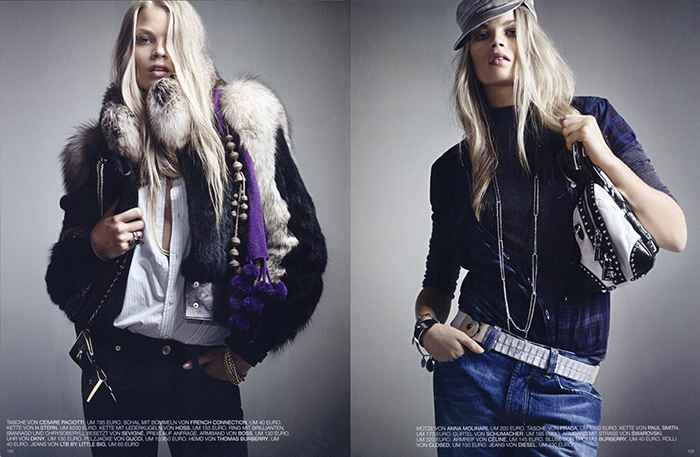