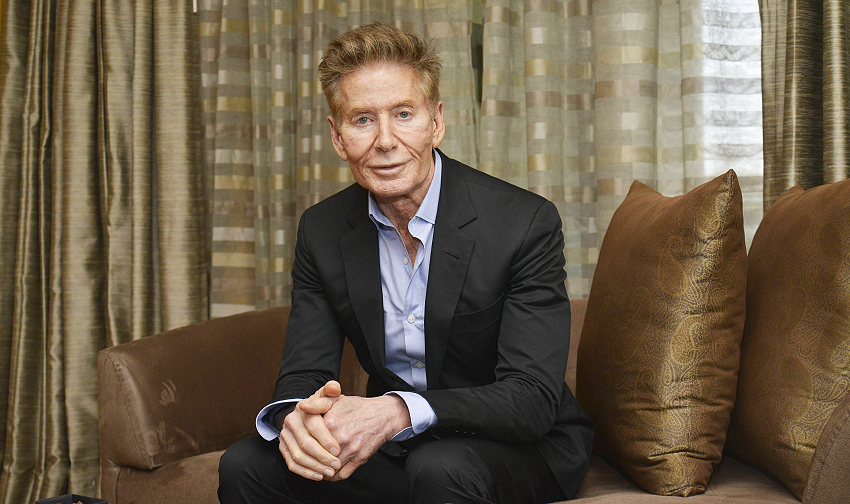 Calvin Klein is an American fashion designer who created the brand that for four decades has been one of the most fashionable and sought after, giving its name not only to fashion clothes but also to a range of perfumes, watches, and jewelry. 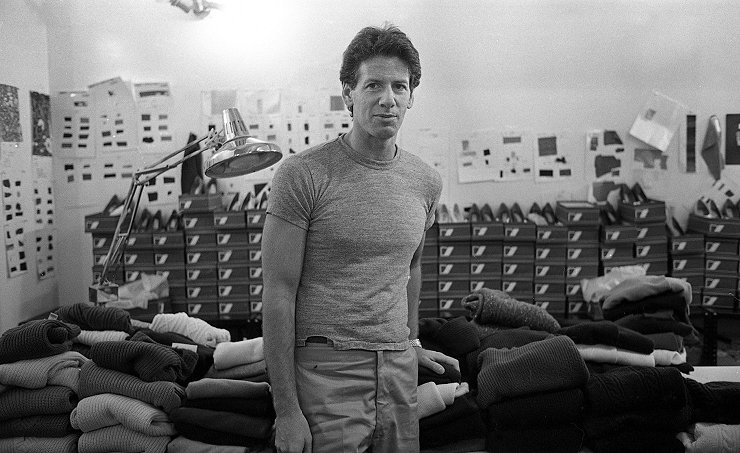 Calvin Richard Klein was born on November 19, 1942 in a Hungarian-Jewish family in the Bronx. His father was the owner of a small grocery store, but the family business was not really interesting to the boy who preferred to spend more time with his mother and grandmother, listening to their talk about fashion and clothes. Calvin willingly accompanied them visiting various tailors and choosing outfits, as well as started to learn how to use a a sewing machine.

From 1962 to 1968, Calvin attended High School of Art and Design and, soon after that, the Fashion Institute of Technology where he received the honorary doctorate degree. To get a practical experience he worked at various design studios but it did not go very successful because the work itself was a routine with no opportunity to create and protest against the vulgar taste. All that made Calvin to start thinking about stopping his attempts to get into the fashion industry. 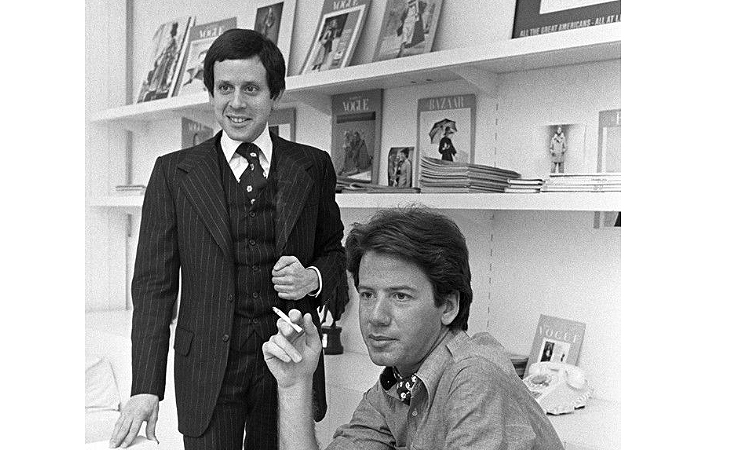 However, later that year he met his playmate Barry K. Schwartz who persuaded Calvin to start his own brand of women’s clothes and offered $10,000 to be invested into that business. Klein accepted the offer and organized his first show at one of the New York hotels, where a huge entrepreneur noticed the collection and made an order for the value of $50,000.

In 1970 Klein designed his famous PeaCoat — a shortened women’s coat, a kind of adaptation of a men’s jacket. The model becomes a hit of the season and for a long time sets the tone in the fashion for women’s outerwear.

In 1973, Klein, being the youngest laureate among all designers, is honored with the prestigious Coty Award as the author of the sophisticated and flawlessly tailored clothes.

The couturier continues to follow his ambitious plans, and creates his first collection of the branded accessories and fur products. In a search of the new approach, the designer starts thinking of the pieces of clothes deprived of the attention of the fashion industry, thus starting to work with jeans.

In 1978, denim trousers are no longer considered as cheap clothes for hard workers. The new cut designed by Klein turns them into a noble and sexy thing, and they immediately emphasize both the stature and the prestigious status of their owner. Trousers with a distinctive back pocket are sold in record batches, approaching the mark in 200,000 pairs a week. 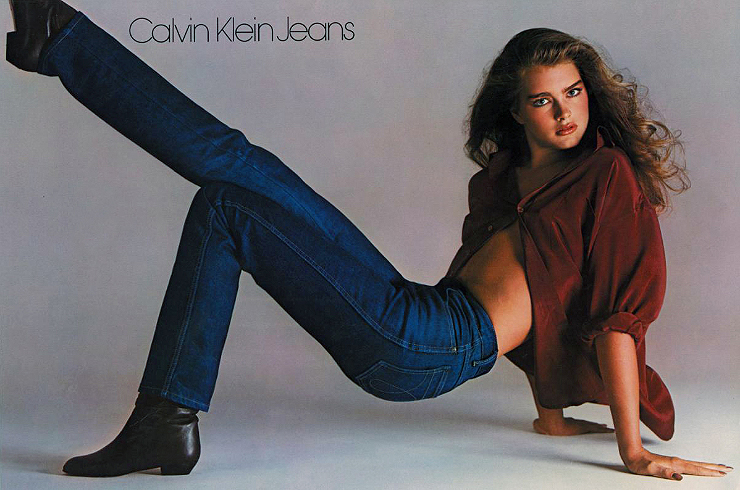 Experimenting with denim leads Klein to a loud provocation. Together with the photographer Bruce Weber, Calvin creates an advertising poster of jeans with the teen movie star Brooke Shields on it. Brooke is wearing the jeans and the slogan on it says “Do you know that there is nothing between me and my jeans?” This causes widespread discontent among the buyers who associate that poster with pornography. The onslaught of public indignation forces Klein to take the jeans off the production, and only in eighteen years after that story launches the jeans line again.

In 1982, Klein creates the collection of men’s underwear, selecting Antonio Sabàto and Mark Wahlberg for the new ad campaign, where he shows a naked male body from a new perspective, not only for the demonstration but also as an aesthetic object. Despite the claims to excessive sexuality, Klein continues to create it on the verge of a foul. One of his most scandalous projects was the poster “The Last Supper from Klein” with semi-naked models in jeans, because of which he is suing the church and eventually pays a million dollars at its suit. 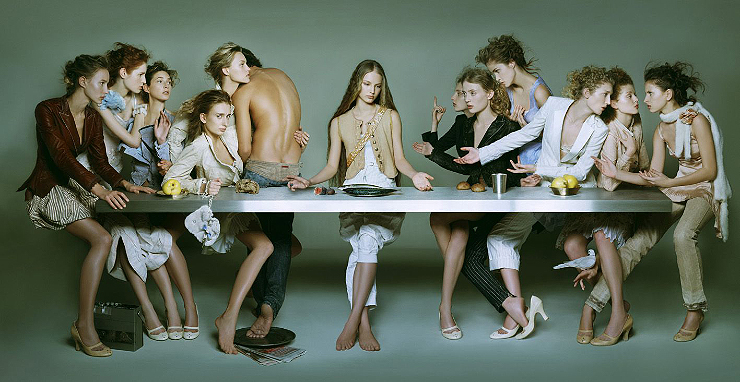 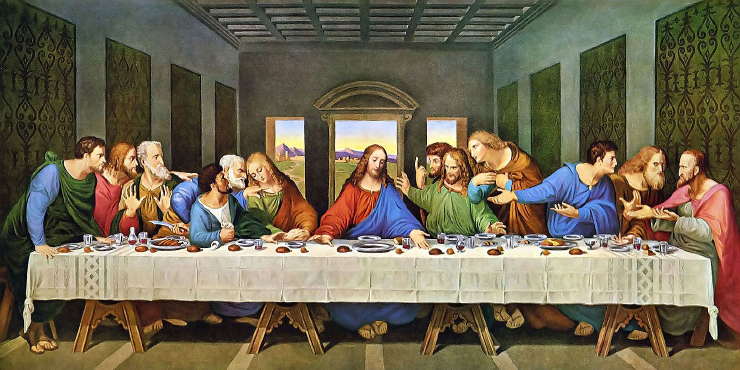 In 1984, the fashion designer is awarded with a presidential award of the Fashion Institute of Technology.

The second half of the 80s is going under the sign of unisex. Klein produces fragrances for men and women, and in addition to that starts making women’s underwear, as a versification of male boxers.

In 1992, the idea of the undivided masculine and feminine reaches its climax. Calvin Klein again provokes indignation with his ad campaigns. The images of young Kate Moss and rapper Marky Mark on the just-published poster are frankly androgynous: the models that symbolize the equality of the two sexes resemble each other in both figure and clothing. Puritan society is indignant, but young people are sweeping Calvin Klein products from store shelves because they can be worn by both guys and girls with equal success.

In 1993, Klein is awarded by the Council of Fashion Designers of America for outstanding design in the field of men’s and women’s clothing. In the same year, the couturier will present his most successful fragrance — CK ONE. 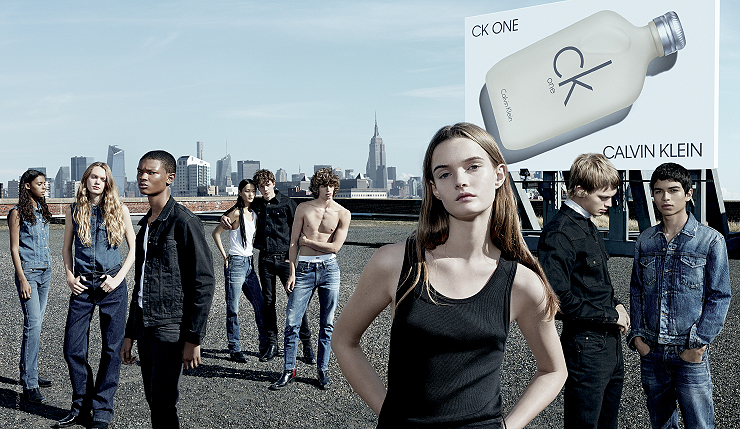 In 1995, clouds start gathering over Klein: the FBI starts an investigation of the sexual exploitation of minors in advertising. The charges are not unfounded, posters with fifteen-year-old models are replete with ambiguous symbols in the form of half-opened lips, teasing looks and underwear, peeping out from under their clothes. In addition, the photoshoot by Stephen Meisel was really designed in the style of soft porno of the 60s. A campaign is being launched against Klein to ban his advertising but the designer decides not to take it off, despite huge financial losses which he meets on the way. To stop this flywheel threatening to destroy the company, Klein speaks out with public and finally stops his scandalous ads. By next year, all charges are dropped from the designer. 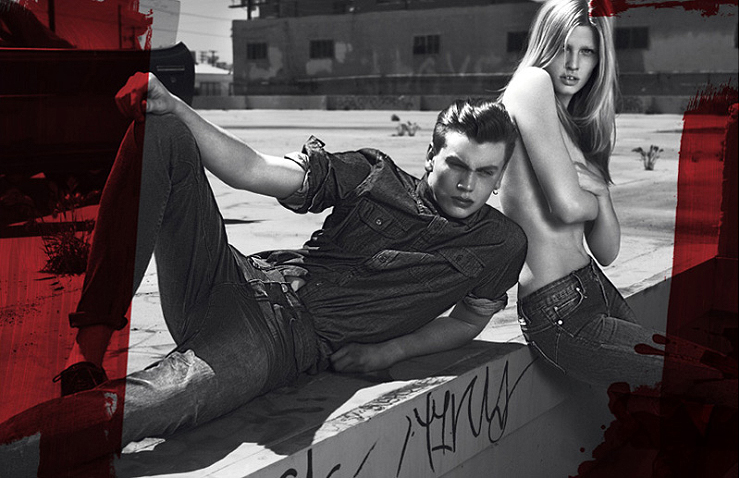 In 1999, Calvin Klein brand finally consolidates the reputation of the one for the relaxed and sensual. The label offers the consumer a complete mono-brand line, from underwear to accessories. The company grows into the empire with an annual turnover of about $5 billion, actively moving east and opening its boutiques in Hong Kong, Jakarta, Kuwait. However, Klein is tired of the thirty years of the management of the brand and is thinking about rest. 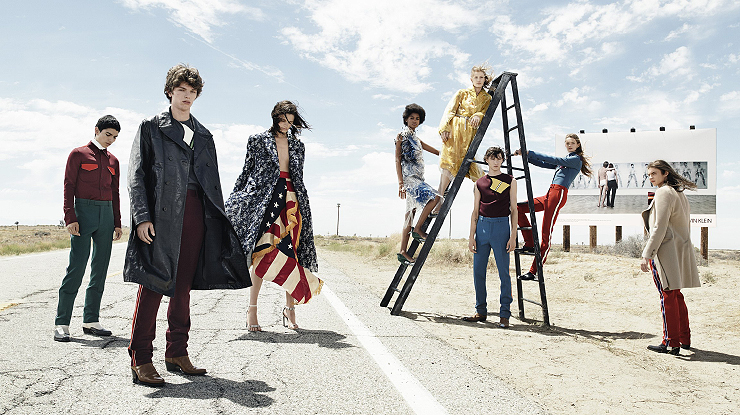 In 2002, Klein and his business partner Schwartz sell their company to Phillips-Van Heusen (PVH Corp.), the largest US shirt manufacturer and owner of several brands. The amount of the transaction is $400 million dollars. Klein remains in the company as a consultant and reserves the right to choose a successor.

In 2003, Francisco Costa was appointed the Women’s Creative Director of Calvin Klein Collection. His defile in New York confirms his commitment to the traditions of the brand: the same minimalism in colors, details, and the laconic cut. The collection is only slightly more feminine than the one by his predecessor. 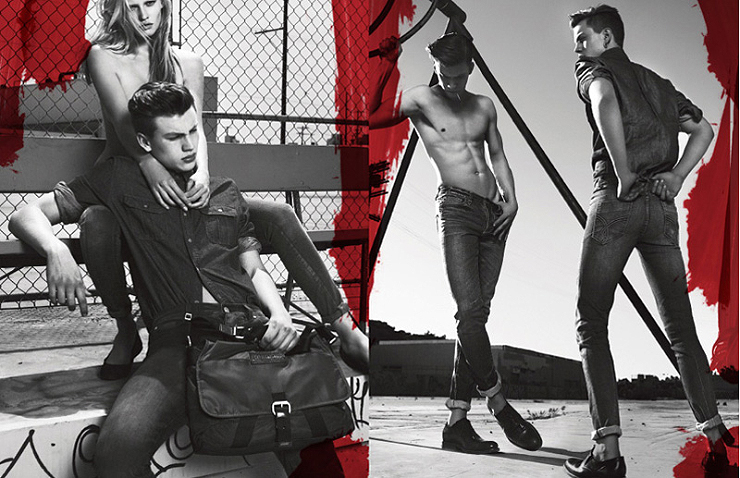 In 2016, Calvin Klein Inc. announced the appointment of Raf Simons as Chief Creative Officer of the brand.

According to Klein himself, fashion, once perceived as a bliss of creative minds, has now become a business, with its serious and hard rules. The couturier now leads a healthy lifestyle, visiting restaurants of various exotic cuisines, as one of his many new hobbies. 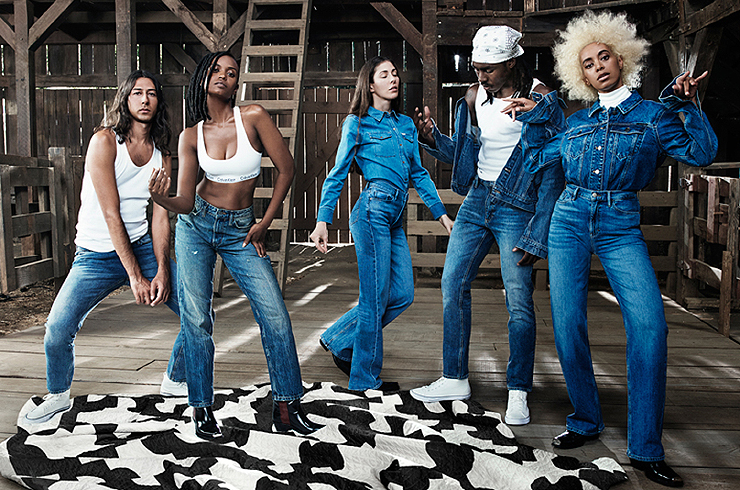