The iconic editor-in-chief of the American Vogue Anna Wintour was born in London in 1949. Her father was the head of the famous British newspaper London Evening Standard. Yet from the young age Anna understood fashion and journalism and even used to give pieces of advice to her father about how to make his newspaper more interesting for young people. Immediately after school, she began working in a trendy London clothing boutique, and later tried her hand at journalism, settling in as an assistant to the fashion department in Harpers & Queen magazine. Successfully coping with the work and rapidly moving up the career ladder, in three years Wintour was appointed to the post of deputy editor-in-chief. But the conflict with the new editor was the reason for the termination of the contract. Shortly thereafter, Wintour moved to New York, where she collaborated with various publications: Harper’s Bazaar, Savvy, New York — until her dream came true: in 1988, Wintour was appointed editor-in-chief of the American version of Vogue – and since then is its charismatic and permanent leader. 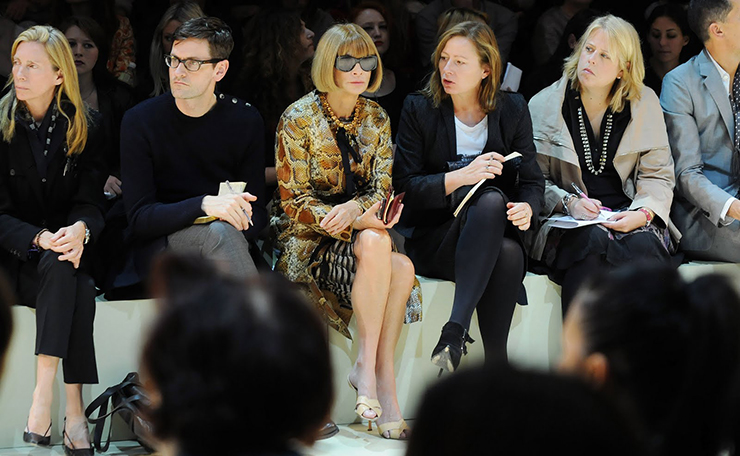 Anna Wintour has always been characterized by extravagance, originality of taste, assertiveness and the desire to defend her bold views on style and fashion. Because of this, conflicts with the leadership and colleagues have often been brewing. But the same traits of character helped her achieve great success. In the world of fashion, Wintour became famous for her authoritarian style: she demands full return from her employees and personally supervises all work. This method of leadership brought Anna the nickname ‘Atomic Winter’. She is also known for not changing her style during many years: a bob haircut and big sunglasses by Chanel.

In 2003, Anna Wintour became known to a general public thanks to the publication of the book “The Devil Wears Prada“, written by the former assistant of Wintour. Later the book was filmed and the film with the same name was released, in which the main role was played by Meryl Streep. Wintour, demonstrating the presence of a sense of humor and self-irony, came to the premiere of the film in a dress created by Prada.

Anna Wintour was married to a psychiatrist David Schaeffer for 15 years, and after their divorce in 1999 – met an investor Shelby Bryan. Anna has two children: a son Charlie and a daughter Bi Schaeffer. 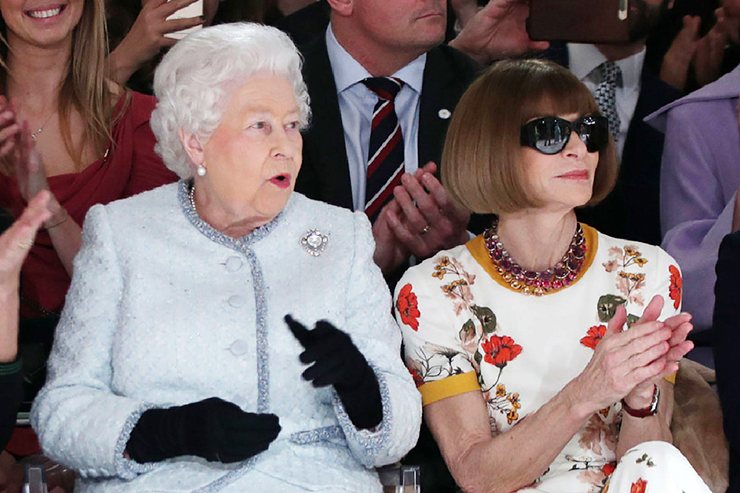