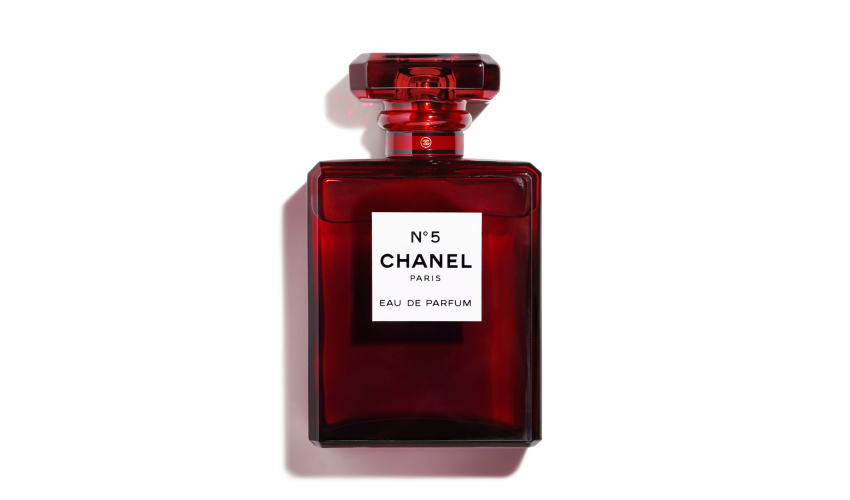 The story of Chanel N°5 fragrance initiated from the task that Gabrielle Chanel set up to her French-Russian chemist and perfumer: “To develop an absolutely artificial scent that will smell like a Woman”. During those times Ernest Beaux experimented a lot with synthetic aromatic substances such as aldehydes and became the first perfumer who successfully created perfumes on their basis. He presented to Gabrielle 10 samples in total, and she chose the fifth one, mostly because she considered 5 as her lucky number. Top notes of Chanel No.5 fragrance included aldehydes, neroli, ylang-ylang and bergamot; middle notes are iris, lily of the valley, roses, violet root, jasmine, and the base included amber, sandalwood, patchouli, musk, vanilla, vetiver. The rich composition of this fragrance did not have only one leading flavor, which differed from all the previously created perfumes. 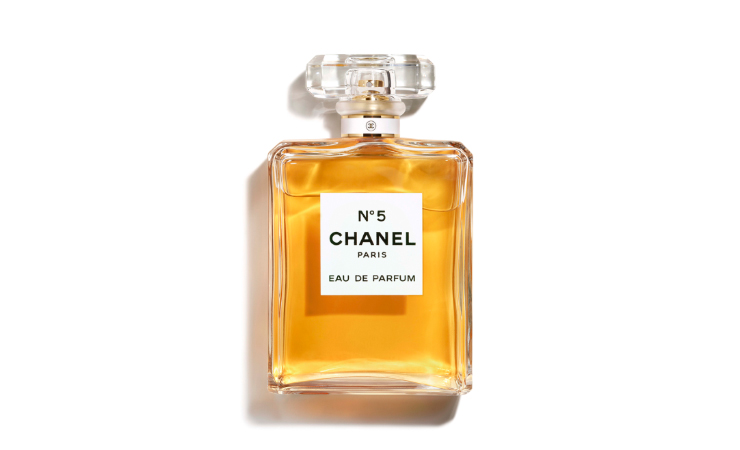 But it was not just the perfume itself that was unusual, but also the way it was presented. At that time, usually all the trends to perfume bottles were set up by René Lalique by his sophisticated crystal creations. Chanel has always supported asceticism and chose for her N°5 fragrance a simple form of a prism, so the consumers would be able to admire the golden liquid of the perfume and would not be distracted by the bottle itself. Only the cap had a cut of an emerald. 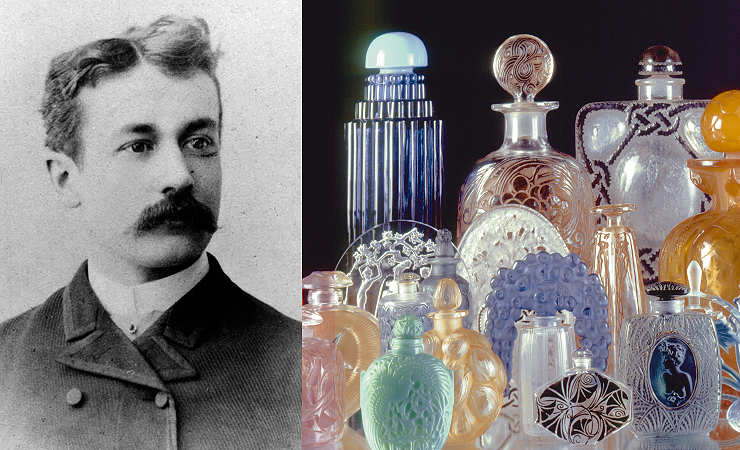 When the new perfume was completely ready, Gabriel was in no hurry to start selling it. Instead, she gave a bottle to each of her friends who belong to the most gorgeous circles of the society. News about the fragrance instantly spread from mouth to mouth, and soon a so-called secret club of admirers of Chanel Nº 5 was formed. When the perfume was put on sale (exclusively at Chanel House in 31 Rue Cambon), it immediately became very popular among buyers.

Initially, Chanel No. 5 was represented by Coco Chanel herself, then her place was taken by actresses Catherine Deneuve, Candice Bergen, Susie Parker, Ali MacGraw, Lauren Hutton, Carole Bouquet, Estella Warren, Nicole Kidman, and Audrey Tautou. Since 2012, Brad Pitt, the first man in the history of fragrance, has become the face of Chanel Nº 5 perfume. 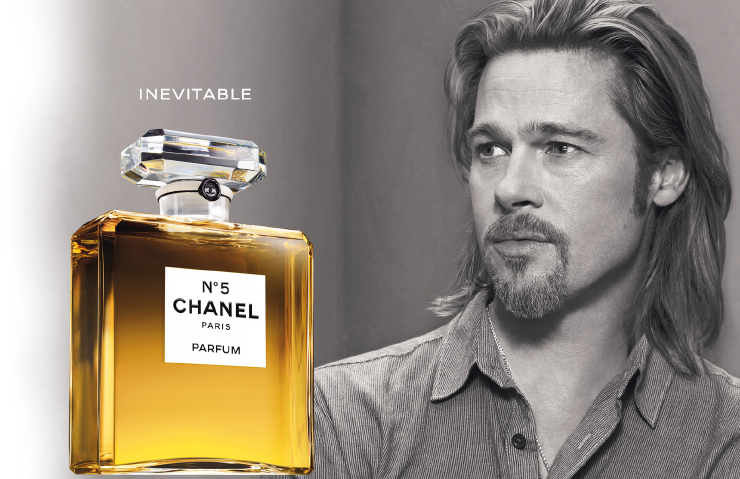 In 1954, a journalist interviewing Marilyn Monroe asked the actress what she was wearing when she went to bed. The answer became the slogan of the future advertising campaign – “Just a few drops of Chanel no. 5.”

For the first time ever and for a limited time only, the world’s most popular fragrance meets Gabrielle Chanel’s favorite color – red. Chanel created this limited edition to be sold before and during Christmas holidays of 2018. The Fashiongton Post already got one, so hurry up as well! 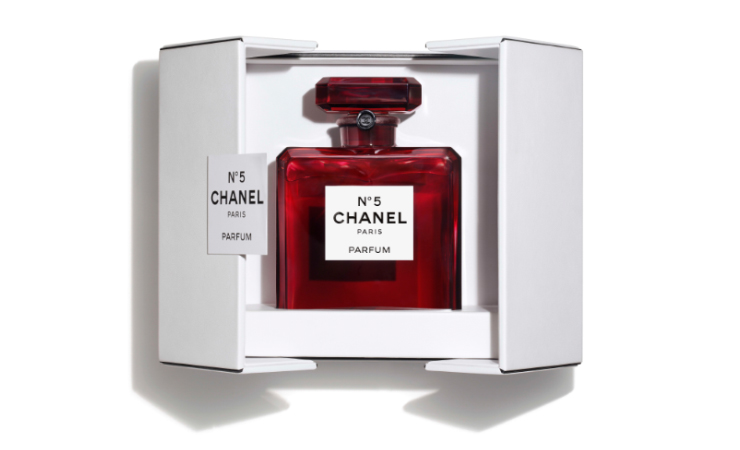