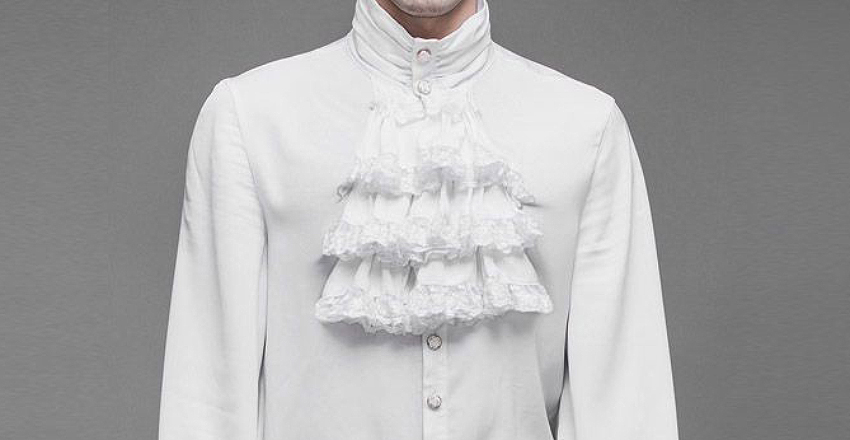 Jabot (french: “bird’s goiter”) is a decorative clothing accessory consisting of lace or other fabric falling from the throat, suspended from or attached to a neckband or collar on the chest of a top, shirt, blouse, dress. 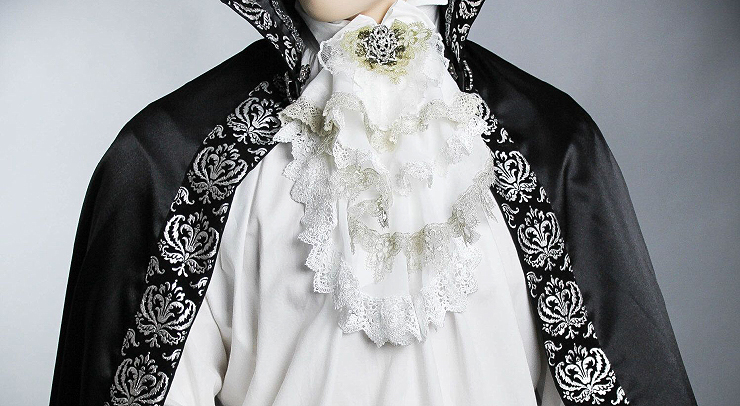 Appeared in the XVII century as the way of decoration for the men’s shirt and received its popularity among the European nobility. Initially, the decoration was made only from lace or muslin fabric. Jabot of that period fell to the waist level with a lush wave, protrusions or a solid frill in a small fold. During the reign of Catherine II (1762-1796), women wore shirts with jabot under their uniform dresses with camisoles. Despite this, until the 1840s, jabot remained predominantly as a part of a men’s suit. With the appearance of coats in men’s wardrobe, jabot in its more laconic version became an element of civilian clothes. In the XVIII-XIX century, jabot for a men’s suit was sewn from the shirt fabric and trimmed with lace. In the second half of the XIX century, jabot practically disappeared from men’s clothing, until Karl Lagerfeld returned it to modern fashion.