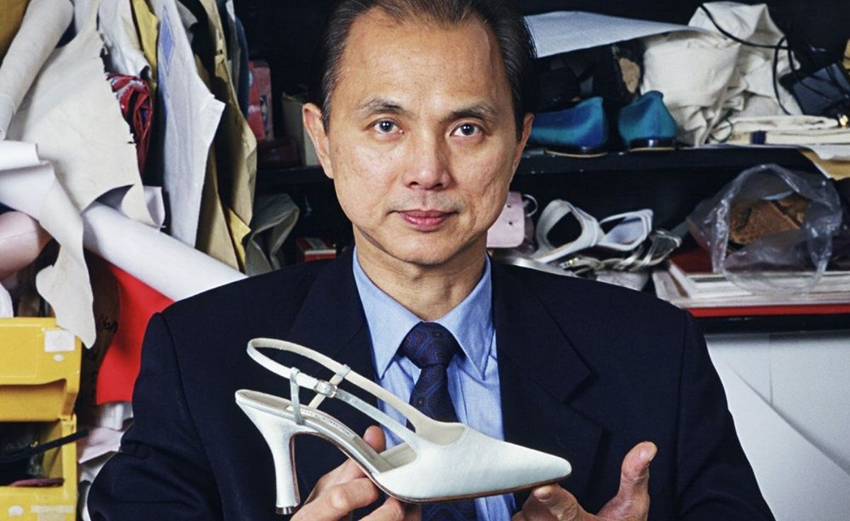 Jimmy Choo (born on November 15, 1948) is a Malaysian fashion designer of Chinese descent based in the United Kingdom, who became known for his handmade women’s shoes. 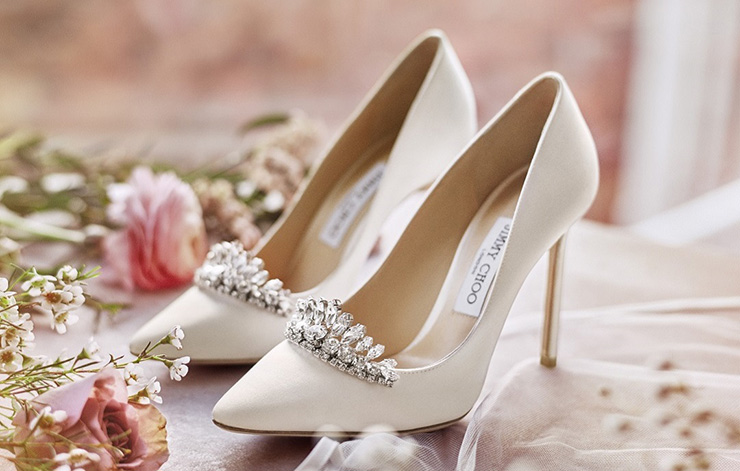 The boy’s full name was Jimmy Chow Yeang Keat, but the last name was misspelled in his birth certificate as Choo. His father was a talented shoemaker and had his own small production, instilling in his son a love for shoes yet from childhood, as well as passed on his knowledge and skills. Jimmy made his first pair of shoes by himself at the age of 11. 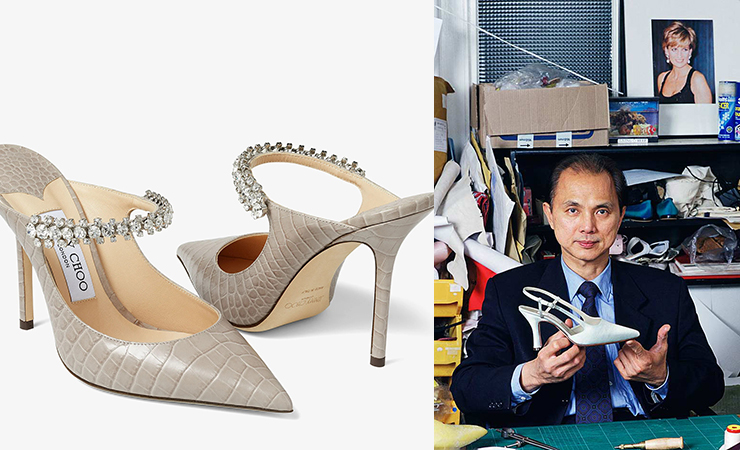 When turning 20 years old, the boy’s father helped him move to London to study at Cordwainers Technical College, where the young man chose the profession of a shoe designer. His father’s financial support was not enough to pay the college bills, so the aspiring fashion designer had to earn money on his own, first working as a cleaner at a shoe factory and then at a restaurant. The young man managed not only to pay for his education, but also to make small savings. In 1983, young Choo graduated from college with an honor. 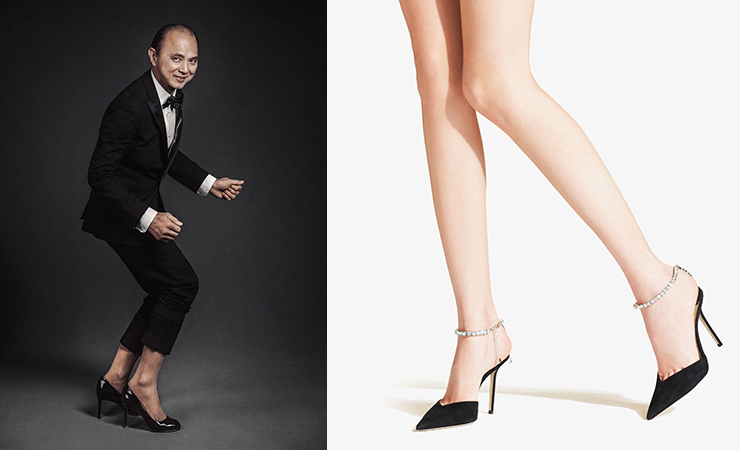 After graduating, Jimmy rented an old abandoned hospital, which he modernized for shoe production, and in 1988 his work attracted attention of one of the fashion magazines, publishing a photoshoot with models wearing Jimmy Choo’s shoes. This helped him to gain recognition and fame, and his first eminent clients, with Diana, the Princess of Wales, as one of those. 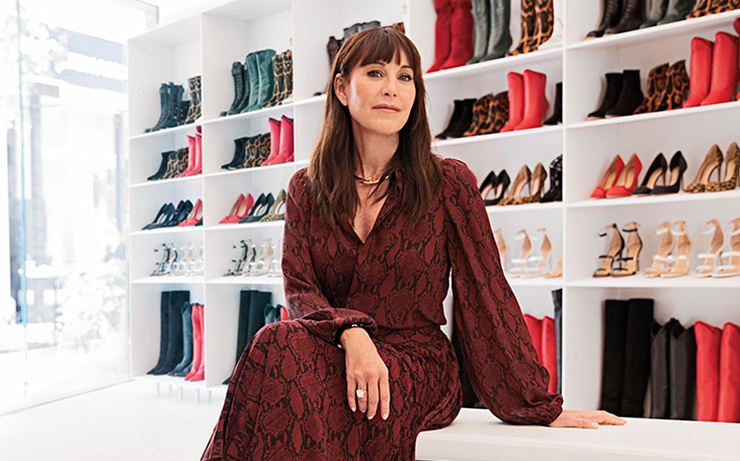 The enterprising businesswoman Tamara Mellon, who at that time was the assistant editor-in-chief at Vogue, also became interested in Jimmy’s production, and offered him to use the borrowed money from her father, the owner of Vidal Sassoon, to promote the Jimmy Choo brand. The team started with the initial capital of £100,000. 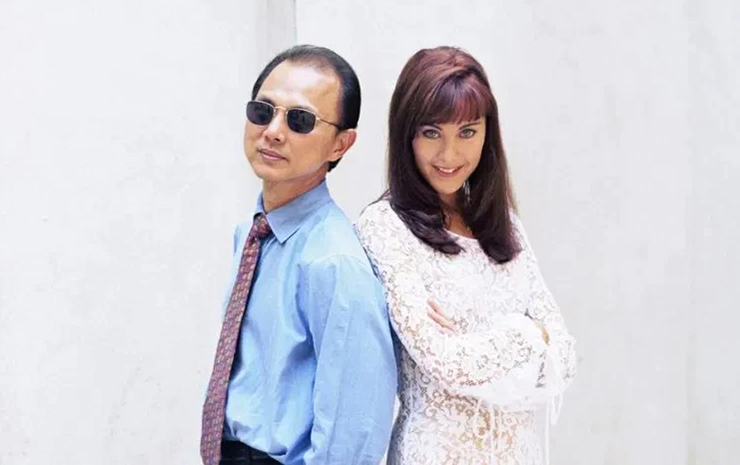 Initially, it was planned that Tamara would take care of financial issues while the designer would lead the creative process. In reality, she became the creative director of the company, and Jimmy entrusted the drawing of shoe models for new collections to his niece Sandra Choi. 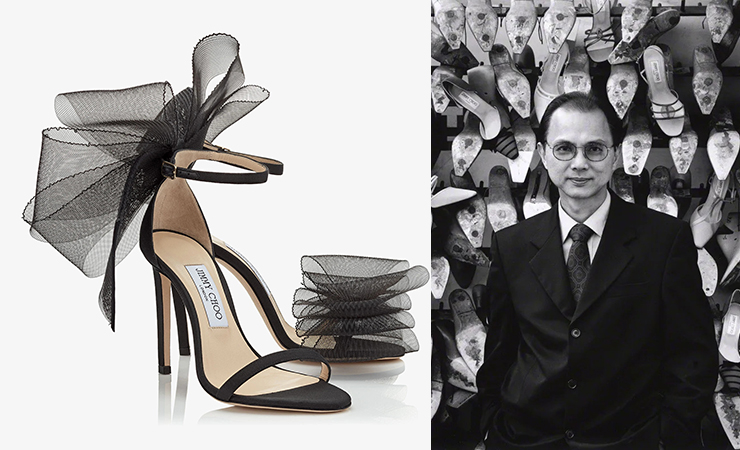 In 1998, the presentation of the first Jimmy Choo store in London took place. A week after the opening, sales amounted to 3,000 pairs of shoes. Following this early success, Jimmy opens the first showrooms in the two major cities of the USA — New York and Los Angeles. The brand also owes its even more popularity to the actress Carrie Bradshaw and the costume assistants of the “Sex and the City” TV series, as Carrie turned out to be an ardent fan of the designer’s shoes. 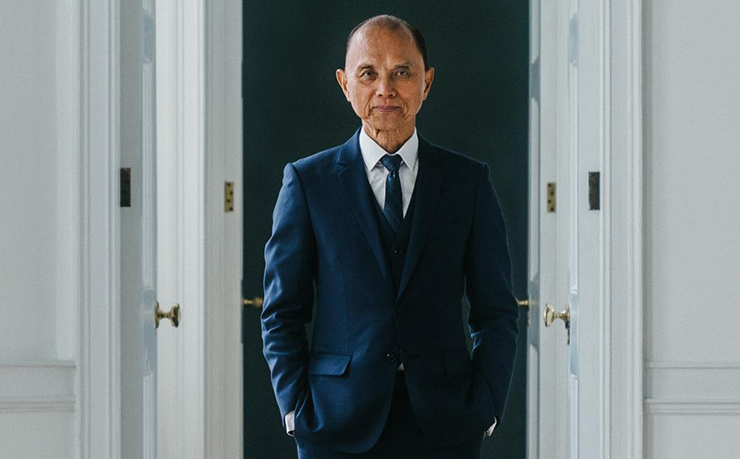 In 2001, Jimmy Choo decided to step away from everything related to financial planning, and sold the rights to the brand and his 50% of the shares for £10 million, due to disagreements between the founders of the company and Jimmy’s focus on creating individual works for private clients. In the same period, in addition to shoes, the brand added bags, sunglasses and belts to the range of its products. Seven years later, Tamara sold the company to the Austrian JAB Holding for £500 million.

Moving away from the fashion business, Jimmy Choo opened his own restaurant in London in 2009 called Maximini. This place quickly became popular among both foreign guests and London’s locals. The fashion designer often flew home to his family and focused on supporting emerging designers. 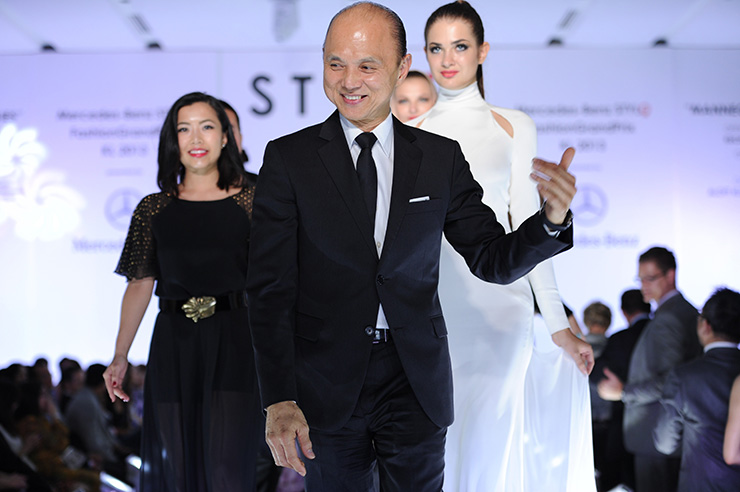 In 2011, the first perfume fragrance by Jimmy Choo appeared on the shelves of boutiques. Information about the release of perfume from a famous designer amazed his native country, Malaysia, and his biography was entered into local history books. The biography of the Malaysian designer is now being studied at Malaysian schools. 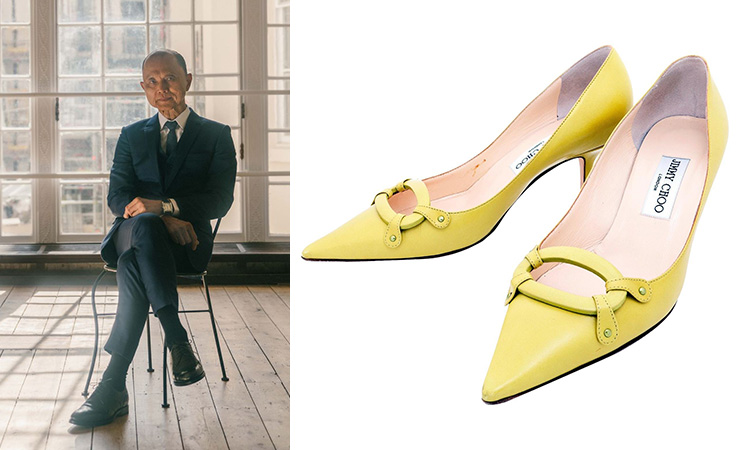 Sandra Choi remains the creative director of “Jimmy Choo” and manages the release of all collections produced by the brand.

Being a rather private person, Jimmy Choo rarely reveals the details of his personal and family life, however, it is known that he is married to Rebecca Choi, having two children, Emily and Danny. 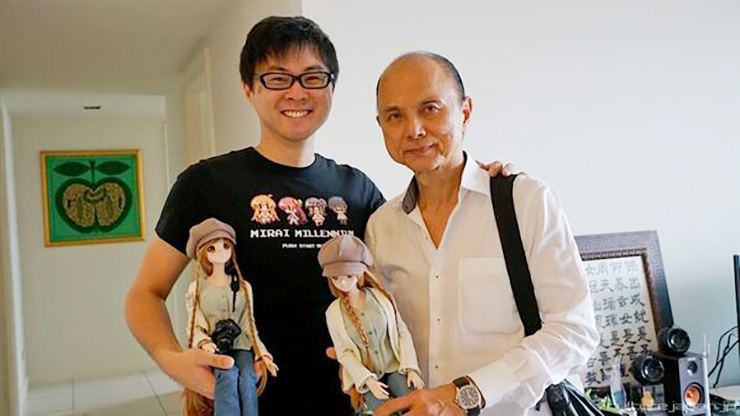