Lee Alexander McQueen (17 March 1969 – 11 February 2010) was a British fashion designer who founded Alexander McQueen brand in 1992, also being a chief designer at Givenchy from 1996 to 2001. Alexander was the youngest of the six children of his parents, Ronald and Joyce McQueen. His father was a taxi driver, and his mother worked as a social science teacher. 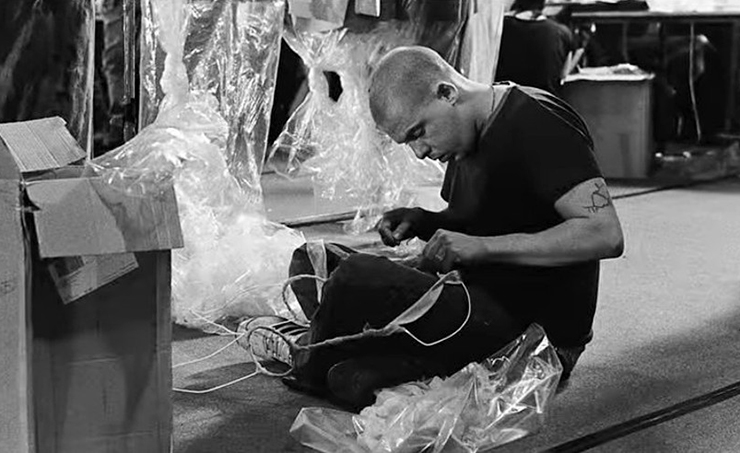 Leaving school at 16, McQueen began his career as an apprentice at Anderson & Sheppard, then sewing men’s suits at Savile Row, including the suit for Prince Charles himself. They say that the fashion designer left an obscene inscription with a marker on the lining of Prince Charles’s jacket. 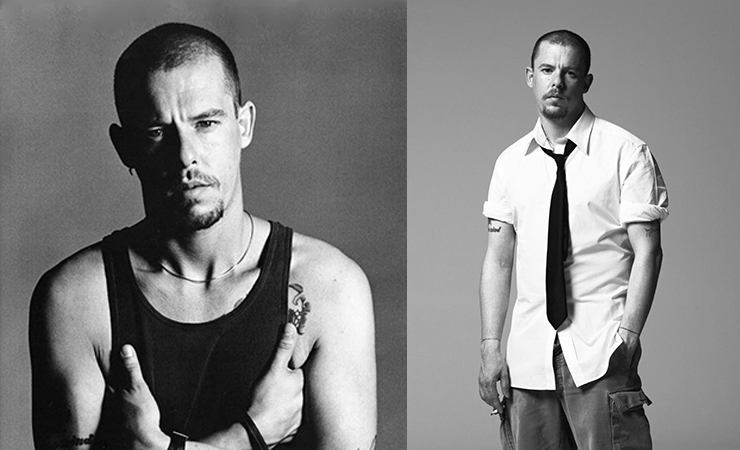 In 1991 the designer graduated from Central Saint Martins College of Art and Design in London. His graduation work was a clothing collection called “Jack the Ripper Stalks His Victims”, which immediately attracted attention and became a breakthrough and a huge success in the eyes of the international press. 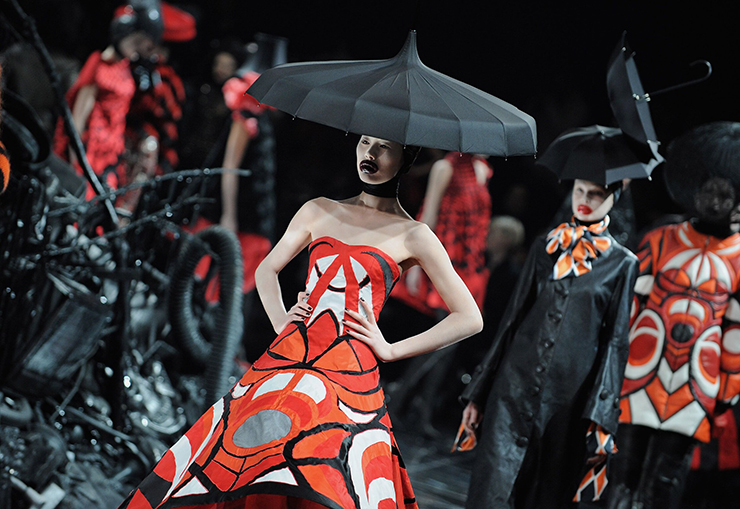 In a free creative environment, the potential of McQueen was unleashed: dresses with blood red prints and skulls, Victorian era clothes, and crazy antics like the one when McQueen started sewing his own locks of hair into the lining of his clothes in a special plastic envelope. In his 1995 interview with one of the fashion magazines, McQueen explained that he was inspired to add hair to the lining by Victorian prostitutes who sold curls as souvenirs. 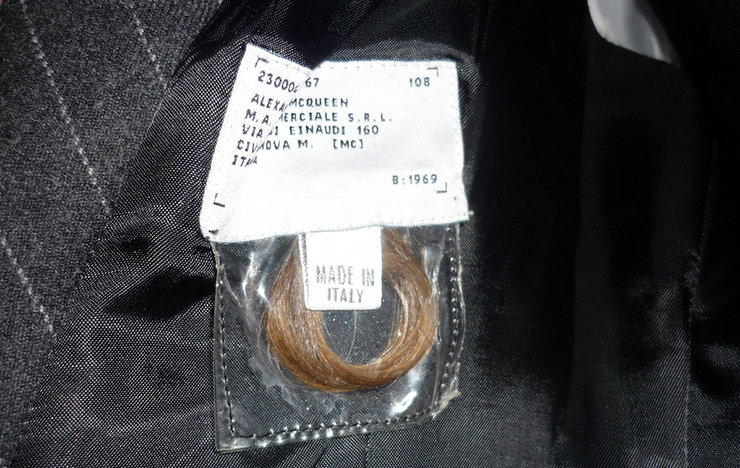 In the spring of 2001, one of the most famous and dramatic collections of McQueen came out under the name “VOSS”. At the runway show, there was a big glass cube in the center of a room looking like a ward of a psychiatric clinic. The walls of of the cube were not illuminated from the inside, so the audience could only see their own reflections. 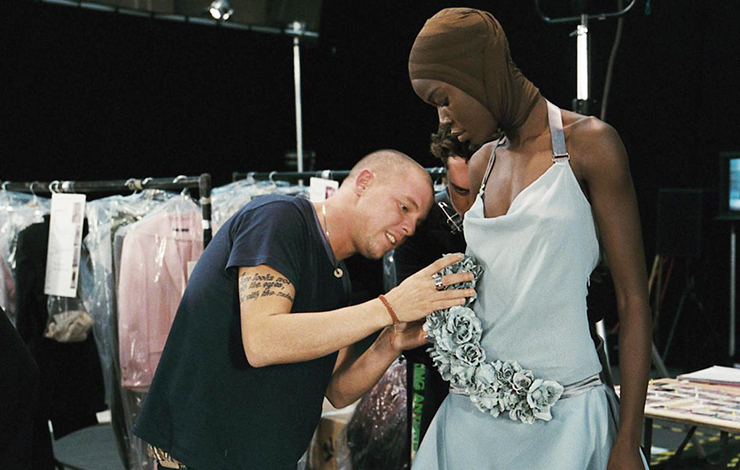 No actions happened for about an hour, and McQueen has been watching the audience which diligently looked away from the cube, so as not to look at themselves. The designer called this trick an attempt to “deploy the fashion industry towards people”. Finally, models appeared on the catwalk, wearing feathers, shells and having bandaged heads. The apogee of the fashion show came when the light turned on inside of the cube. The glass walls shattered to the sides, crashing on the floor. There was a naked woman inside of the cube, lying on a couch and wearing a gas mask. Moths were flying around. Journalists called this collection as “the best work of a fashion theater”. 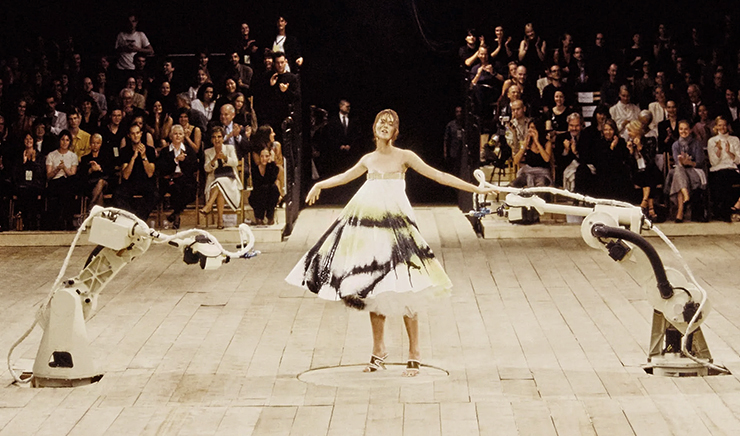 McQueen understood that the essence of a person is characterized by a smell, so in 2003 he released the first female perfume called “Kingdom”. The designer wanted the perfume to start lightly, then turn into intense, almost masculine notes, evoking a huge sex drive. McQueen dreamed that the fragrance would become an eternal classic, unaffected by fashion and trends. A year later, a men’s version of the perfume was released. 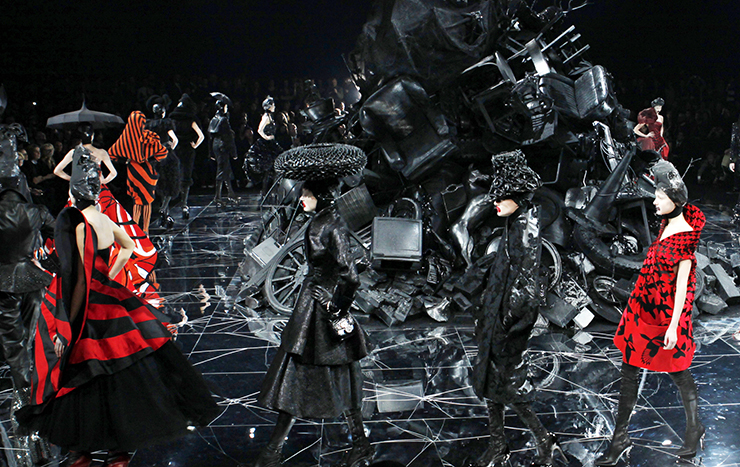 In 2006, Alexander created a sub-brand called “McQ”, targeting a young generation of dynamic men and women. The fashion house is still functioning today, having in its collections not only clothes, but also shoes, bags, scarves and sunglasses.

In May of 2007, McQueen entered a dark period of his life, following the suicide of Isabella Blow, the icon of a fashion journalism and his longtime friend. It took Alexander a while to recover from the shock. A triumphant return to the catwalk took place in the fall of 2009 at Paris Fashion Week, where McQueen presented a new collection. As always, the eccentric collection attracted a lot of attention, and the fashion designer was accused of misogyny — supposedly thickly painted red lips made the models look like sex dolls. 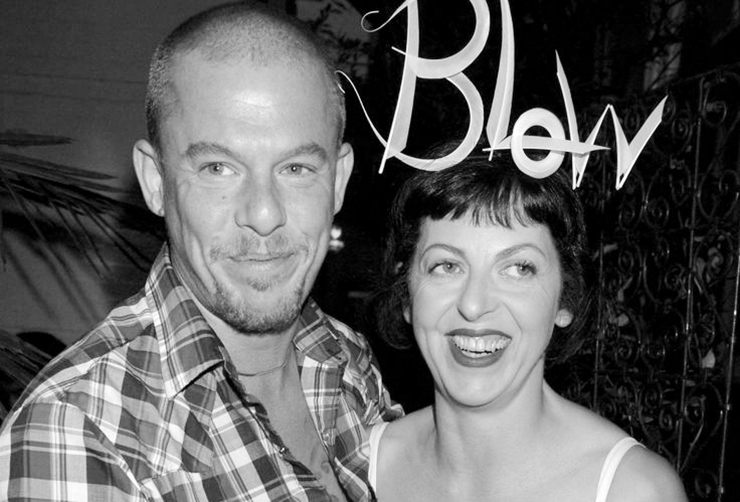 McQueen’s final collection called “Plato’s Atlantis” was presented in 2010 in the form of a post-apocalyptic fantasy. This collection included Armadillo shoes with their 30 cm heels. 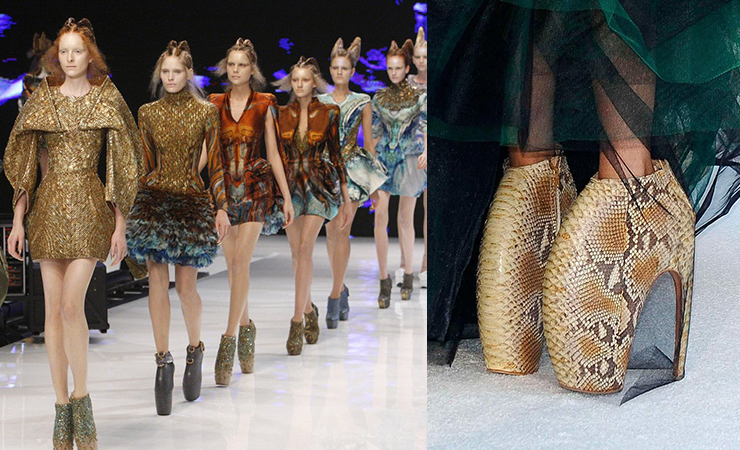 Alexander McQueen was openly gay. The fashion designer realized his non-traditional sexual orientation at the age of 6. In 2000, George Forsyth, a documentary filmmaker, entered McQueen’s personal life. Their formal wedding took place on a yacht in Ibiza, as same-sex marriage in Spain was legalized only by 2005. 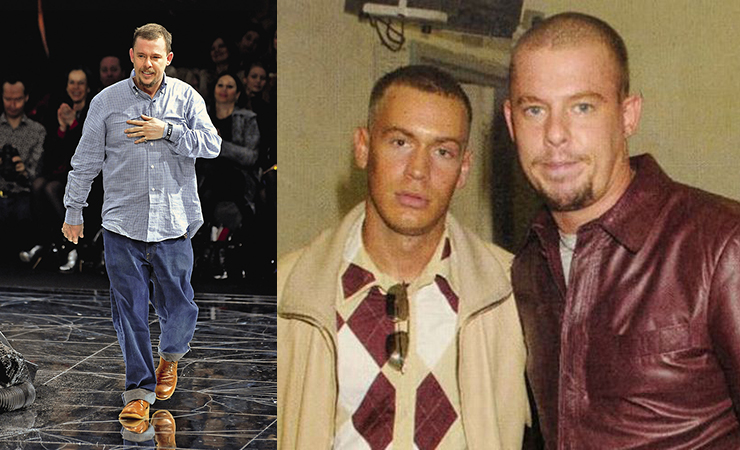 After the suicide of Isabella Blow, McQueen’s mental health failed and he was diagnosed with a depressive disorder. Drugs did not improve his condition either: in May and July 2009, the fashion designer was saved from an overdose. The last straw for McQueen was February 2 of 2010, when his mother Joyce died after a long battle with cancer. On the morning of February 11, the housekeeper found Alexander McQueen hanged in his own home in London. He left a note: “Look after my dogs, sorry, I love you, Lee.” Later it turned out that McQueen bequeathed £50,000 for the luxurious life of his pets. 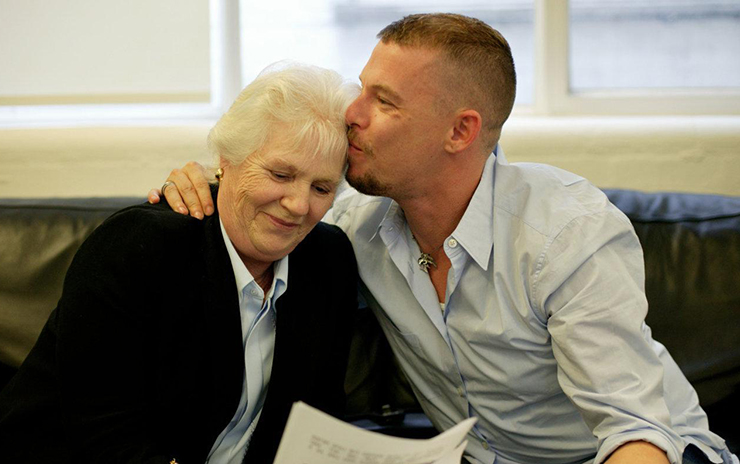 Sarah Burton, who was McQueen’s deputy for 14 years, became the creative director for the Alexander McQueen brand after his death. The company continued to expand globally in the following years, and its product range also expanded. 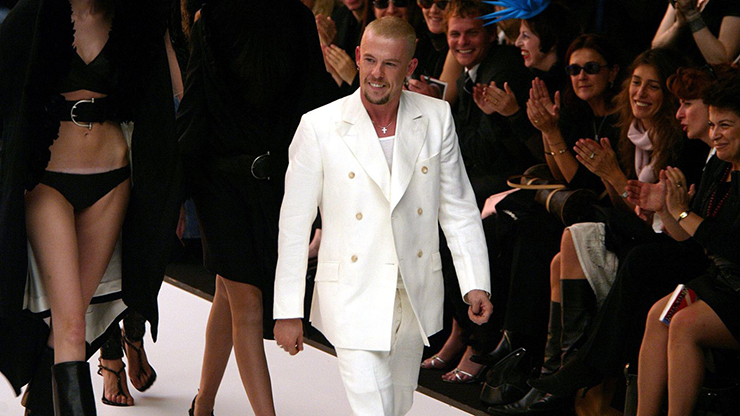