Pomegranate as a Beauty Superfood 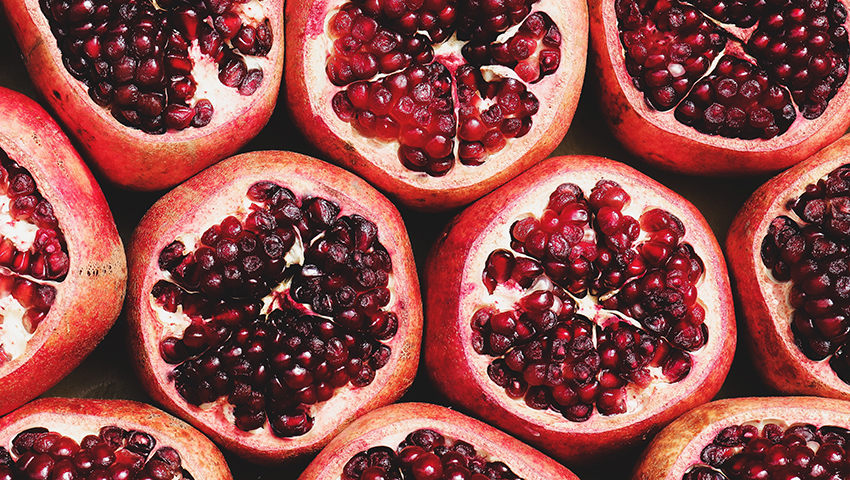 Pomegranate and its juice have been used for several thousand years as a medicine against various diseases. It is not surprising, because this is a real storehouse of useful vitamins and minerals, which has an extremely beneficial effect on the body.

Pomegranate juice contains higher levels of antioxidants than most other fruit juices, green tea, and red wine. The bright red color of the pomegranate is due to the polyphenols in the composition, which are powerful antioxidants. They help fight cell damage caused by free radicals and stimulate regeneration processes. Thanks to this protective function, cells are protected from oxidation and aging. Polyphenols are also credited with a preventive effect, as they help protect the body from certain forms of cancer, as well as inflammatory, cardiovascular and neurodegenerative diseases.

The beneficial properties of pomegranate are amazing: the fruit contains almost all the trace elements necessary for the healthy functioning of the body, and in the right proportions. So, pomegranate juice contains B vitamins: B1, B2, B6, as well as vitamins A, E, C PP and K. In addition, it contains glucose and fructose, organic acids and water-soluble polyphenols, as well as 15 amino acids, including irreplaceable and vital macronutrients — potassium and sodium. 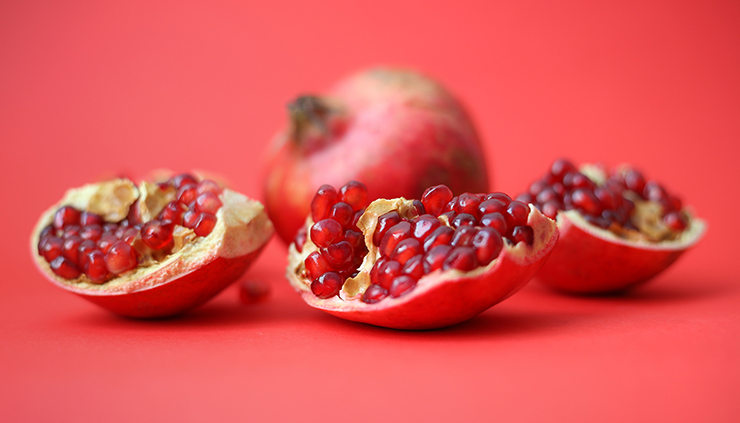 Just about every classic diet touts pomegranate juice as a great metabolic booster. Doctors transferred this statement to the list of scientifically confirmed facts. The fact is that pomegranate juice acts as a mild diuretic. However, unlike other diuretic products, it does not flush out potassium from the body, but, on the contrary, saturates it with this useful element. Vitamin B6, folacin and pantothenic acid contained in pomegranates normalize metabolic fats and carbohydrates that regulate the process of protein synthesis, which stimulates metabolism. The calorie content of pomegranate juice is only 54 kcal per 100 g.

Plant compounds in pomegranate help the body fight off harmful microorganisms and at the same time boost immunity to prevent re-infections. For example, studies by American scientists have shown that pomegranate juice kills infectious diseases, and also fights some types of fungi, cleansing the body.

And make sure you don’t drink pomegranate juice on an empty stomach, as it can significantly increase blood glucose levels and lead to heartburn.