Home
/
Model's Diary
/
Rosalie Meik: As Long as It Keeps My Eyes Sparkling

Rosalie Meik: As Long as It Keeps My Eyes Sparkling 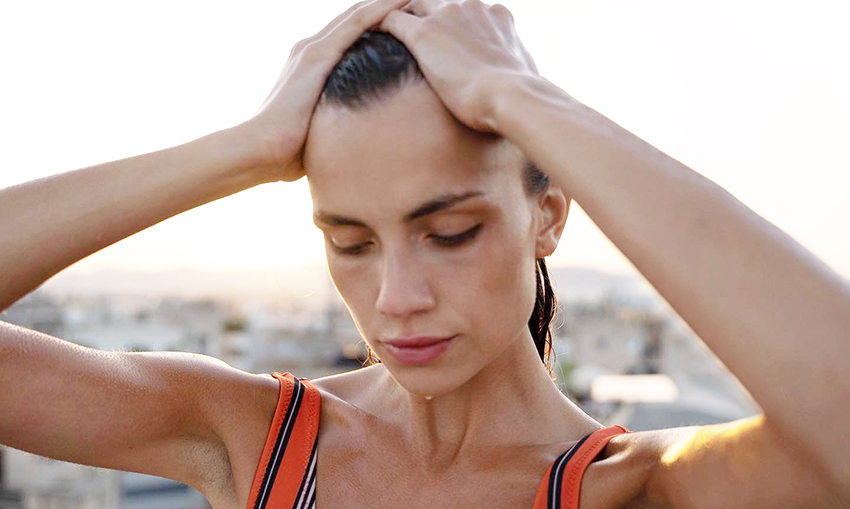 It was always my and everyone’s expectation for me to become a doctor, though unexpectedly I found my way into the fashion industry. I could not have foreseen this new inspiration and feeling which became the driving force in my life and led me here. Unlike other people’s stories, my adventures began when I decided to drop the scalpel and go from blue scrubs and strict no-makeup-policies to high heels and designer clothing. 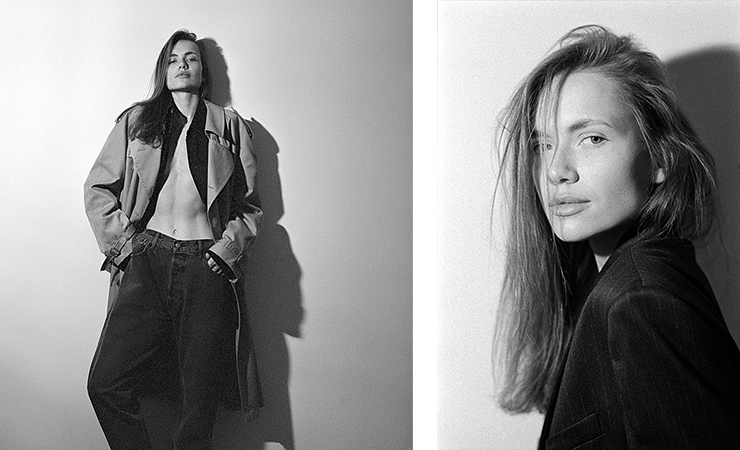 The journey somewhat started, when I was scouted for the first time at the age of 13 in the city of Hamburg, where I was born and raised. Back then I had grown 4 inches over the summer. Standing at almost 6 feet tall, I was the prime example of a school giraffe. A gangly looking teenage girl, that had yet to grow into her height, but had rather successfully grown out of her clothes. Since that time, I had no clue about and frankly no interest in fashion, I did not give the prospect of working as a professional model much thought and dismissed it pretty quickly. Instead, I finished school and went on to study at the University right after. I think it is fair to say, that I was in a comfort zone, which I am not sure I would have left anytime soon. But fortunately, this year, a number of different people came up to me and asked if I was signed by a modeling agency. This planted a seed in my head, that I could not quite shake. And I did not want to, either. I had this feeling, telling me I should take a break from the life I had grown so accustomed to and to try out something completely new to me. 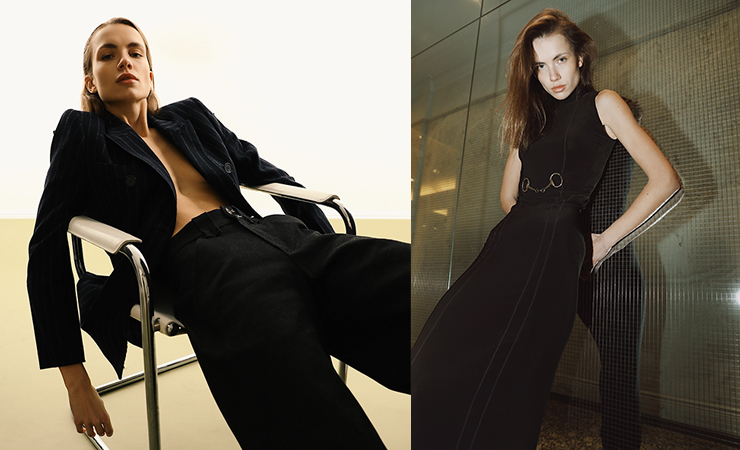 I decided to take a couple of different interviews and, in the end, I got signed with an agency. Since I graduated from the university in September, I was able to start full-time at the German modeling agency ‘Modelwerk’, and have spent the last couple of weeks in Milan to gather some impressions and gain more experience. 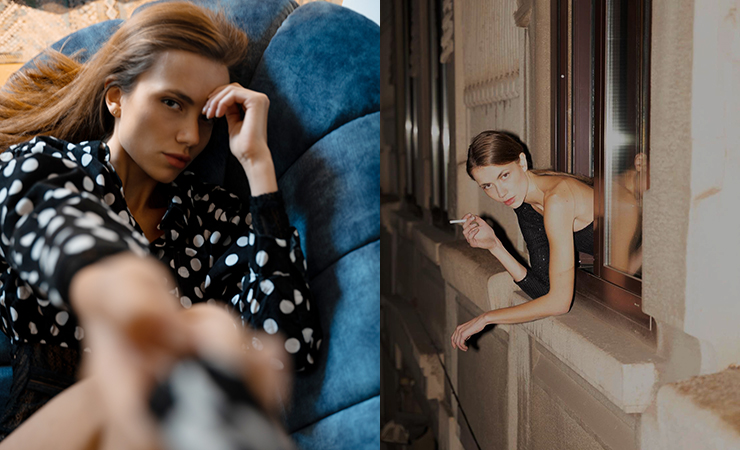 Starting this job, I immediately realized that it would be draining at times, and that you must learn lots of things, as well as get improved in other fields. Especially if you had no prior involvement in the industry — and, same as me, did not have your photos taken regularly — it might take you some time getting used to a camera. But with every time you step in front of it, the feeling becomes more and more natural. As a new face, aside from the fact that you must build up your portfolio, I used every single chance to get as many shooting opportunities as possible.

Sometimes, after getting on a set and meeting the team, talking to the photographer — you can tell from the very first moment, that there’s this special connection which occurs only every now and then. A connection when everyone who is involved shares the same vision, the same passion, and you get into a flow, when almost no words are needed, because everyone intuitively feels what the next step should be. Such moments can happen anywhere, whether it’s a small apartment, or at a dreamy beachside location. If you ask me what attracts me in modeling… then my answer would probably be about such precious moments like those. Moments and experiences are always so unique, because they are more than just the combination of people, fashion and art. They are a pure collective passion. And whenever this happens, it is special, and we get to point a camera and capture these exact moments. To me, it was always a distinct experience to look at or listen to art, and feel whatever was felt, and expressed while it was created. For this reason, I will cherish every opportunity I get, to be a part of this beautiful process! 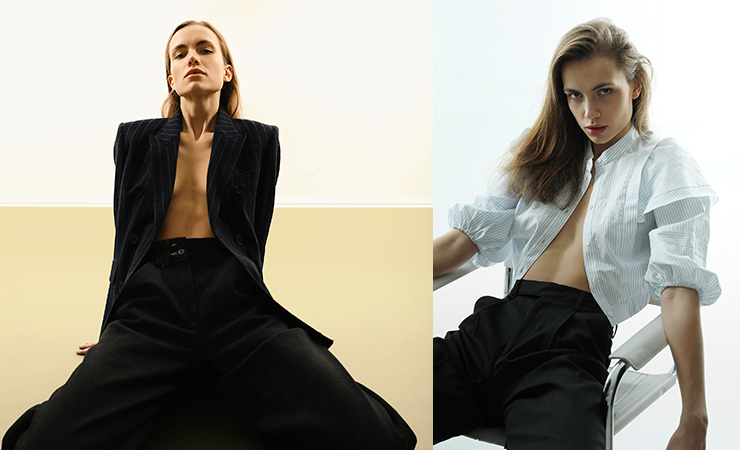 Of course, not all the modeling stories will be like that. Especially when starting out, you will have to deal with many tricky situations which can give you a good laugh or a shared bond, when talking to other models.

I remember one of my first castings in Athens during the last weeks of summer. I was staying at a place rented via Airbnb in the middle of downtown at that time. The temperatures were still very high, but usually the stone buildings, and the shadows they cast over the narrow streets, would do a good job of keeping out most of the heat. But this was not true for that particular day. As always, I tried to find the sweet spot between wearing clothes that I liked and that were not too hot for the commute at the same time. In Athens, as any other model would confirm, a lot of the castings are on the outskirts of the city or in the middle of nowhere. Most of the time it takes a long bus ride to get where you need to be, and this day was no exception. I was wearing long black pants and a crop top, and I immediately regretted the decision, as soon as I stepped out of the door. The usual warmth, with which I was greeted, had been exchanged for a severely humid heat. It felt as if I had accidentally made my way into the nearest spa down the road and had stumbled into their steam room, fully clothed. Since there was not enough time to go back and change, I took on the journey to the casting. As expected, a look at Google Maps confirmed the location: the Sahara Desert. At least that is what it felt like! For the record, I am not a person that sweats easily, but in this humidity, and with a bus more crowded than a bar on New Year’s Eve, I was soaked from head to toe by the time I arrived at my destination. I looked around and there was nothing but a gym and a warehouse next to it. I knew the casting was not at the gym, so it had to be in the other building, which by the looks of it did not promise to be much of a relief in terms of the heat. As I was trying to cool my body temperature down a bit, I saw a fellow model that I had met a couple of days ago and who I liked a lot. She was wearing hot pants and cowboy boots and even though her outfit was more weather appropriate, the first thing she said when she saw me was, that she was melting. We decided that it would not get better, so we just entered the building. It was more of a glorified storage unit, with obviously no air conditioning at all. If anything, it was even more humid inside. I was standing there dreaming of a cold shower when the client pulled out the outfit, he wanted us to wear. At this point I felt like someone was playing a joke on us. The outfit was made up of tight black items made of latex and leather. It took us quite some effort to even get into the clothes, since every spot that touched our skin would just stick to it and never let go. If we were sweaty before, now we were both drenched in sweat and the clothing felt like someone had superglued it straight to our skin. After the client had seen enough, it was time to get out again and we were both laughing because it took us forever to try and peal each other out of what had become a second skin.

But there were lots of other instants, that I would not want to miss. A beautiful job on a small Greek island, a test shoot in rainy Milan, or a short trip with fellow models to Cyprus, where we felt like a little family. So far, there were so many moments that inspired me and made me excited to go into my first season of the fashion week and create new things with many different people.

Of course, not everything is great, and it would not be too hard to portray the industry in a much less flattering light. I think it is important to be mindful in this business, probably even more than in an everyday life. I always try to stay true to myself and I think it is good to define your own boundaries in advance and to stick to them. Especially because when you are young, the pressure can get very high, and it is easy to get influenced by the wrong people. Sometimes, I think, it is good to take a step back and reflect on the current situation, and if it feels comfortable this way right now, as well as heading into the future. 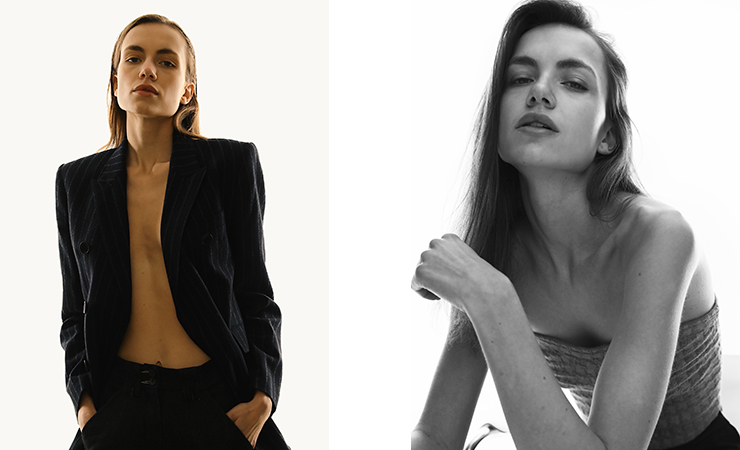 For me, sports and music always help me unwind wherever I go. After spending the last two months on the go in rooms which were more or less big, my recommendation would be to always carry a yoga mat with you!

Since I only started modeling not too long ago myself, my expertise is surely not yet that deep, but in regard to the meetings and interviews with agencies, or even the clients, I would say it’s best to think of it in terms of trying to work together. If it is a fit, both sides will quickly know, and otherwise a different agency might probably be a better fit for you. I do things now as long as they keep my eyes sparkling. This is not to say that there are no days on which I question everything, but after all, thinking about what I do should still make me smile… at least on the inside. This is awesome – this is tricky – this sucks – I suck – this might be okay – this is awesome. If it goes according to this scheme, I know everything is good, even when it is bad. 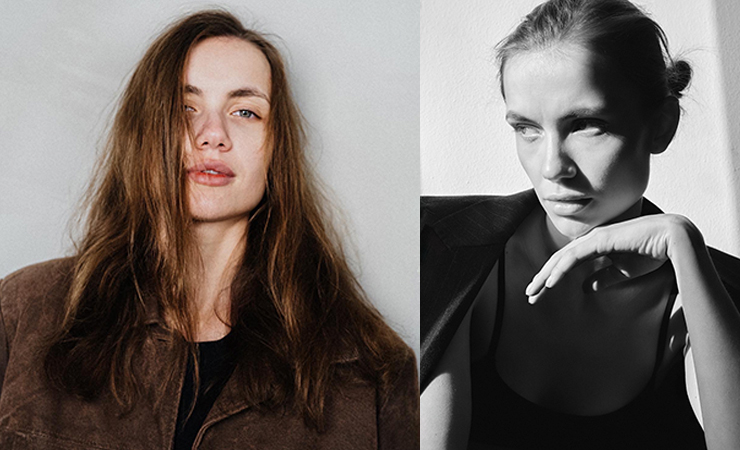 For now, I am looking forward to the fashion week and am excited to see what will develop afterwards. I know I want to go back to New York, because it seems like the perfect place, from where to work on different projects. There is no real long-term endgame and I have no specific clue of what it will look like, when I try and throw the arts, music and medicine together, but I am sure my curiosity and fantasy will come up with interesting ideas. One thing is for sure though, I will never settle for anything that I do not love! 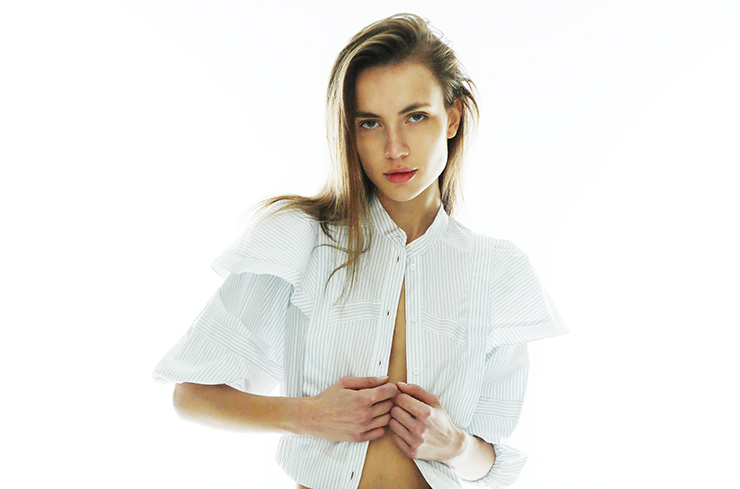